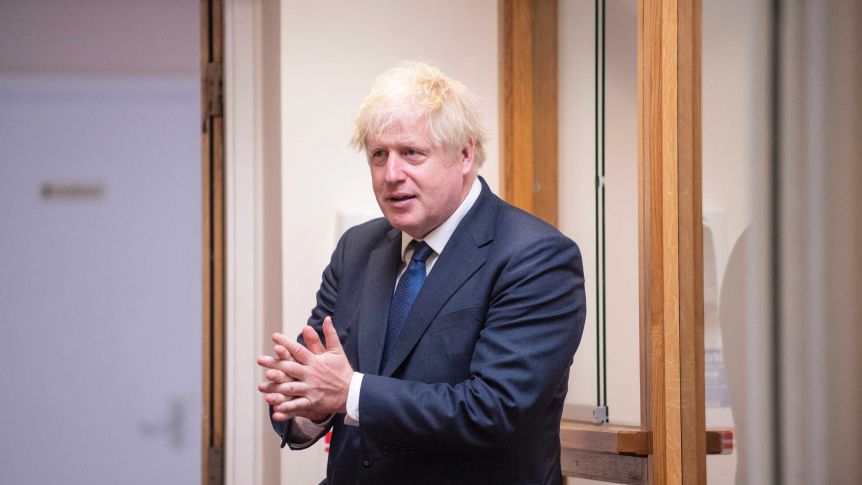 The British Government has launched an investigation into how nearly 16,000 new coronavirus infections went unreported as a result of a technical glitch.

Health Secretary Matt Hancock told MPs that the problem related to the “automated transfer of files”.

The problem is widely thought to be connected to the file size limitations on Excel spreadsheets used in the test and trace program.

“This is a serious issue which is being investigated fully,” Mr Hancock said.

“Now it is critical we work together to put it right and make sure it doesn’t happen again.”

Mr Hancock’s appearance at the House of Commons came after the weekend disclosure that 15,841 virus cases were not tabulated from September 25 to October 2.

Though those testing positive had been told of their status, their contacts – potentially around 50,000 people – were not traced.

He said 51 per cent of those testing positive were contacted again and that their contacts were reached immediately after that.

Despite the addition of so many new cases, he said the Government’s Chief Medical Officer “has not substantially changed” his opinion about the epidemic’s path in the UK, which like other countries in Europe is witnessing a second spike of the virus.

Excel document could not cope with volume of data

The latest problem appears to have been caused by an Excel file which reached its maximum during an automated process, leaving cases out of the document.

Though the software is a staple in consumer settings, experts say it has some limitations for use in much larger projects.

“If this was Excel as is being reported, the limitations of Excel, which is generally a very decent piece of software, in terms of big data are well known,” said Jon Crowcroft, a professor of communications systems at the University of Cambridge.

For the test and trace program to work well, contacts should be notified as soon as possible, within hours preferably.

Jonathan Ashworth, Mr Hancock’s counterpart in the Labour Party, said the failing showed how “shambolic” the Conservative Government’s plan to fight the pandemic was and that the latest problem afflicting the country’s testing regime was “putting lives at risk”.

Politicians from all parties have criticised Prime Minister Boris Johnson’s Government for a shortage of testing capacity that has meant some people have been asked to travel hundreds of kilometres for a test, and delays in notifying people of their test results.

Mr Ashworth slammed the Government for its latest failing “at one of the most crucial points in the pandemic”, adding that the contacts of those unreported new cases may have been “blissfully unaware they’ve been exposed to COVID, potentially spreading this deadly virus at a time when hospital admissions are increasing and we are in the second wave”.

“This isn’t just a shambles – it’s so much worse than this – and it gives me no comfort to say this, but it’s putting lives at risk,” he added.

Paul Hunter, a professor in medicine at the University of East Anglia, called the glitch “very disappointing”.

The unreported cases were added to the Government’s daily new infections total over the weekend, boosting Saturday’s number to 12,872 cases and Sunday’s to 22,961.

That compared to an average of 7000 new cases a day the four days before.

The number of new cases reported Monday fell to 12,594, but given the adjustments related to the missing cases, it was impossible to figure out a trend.

Effects of restrictions difficult to know due to error

The UK’s rising coronavirus infections over the past few weeks has prompted the Government to announce a series of restrictions, both nationally and locally, to keep a lid on infections.

The new rules limit the number of people allowed to gather together and put a curfew on pubs.

The UK has Europe’s highest virus-related death toll at around 42,400.

The Government’s chief scientific advisers warned two weeks ago that if more restrictions were not taken, the country could end up with 50,000 new cases a day by mid-October, leading to hundreds of daily deaths a month later.

The confusion over the daily testing numbers only adds to the uncertainty over whether the restrictions were working in suppressing the virus.