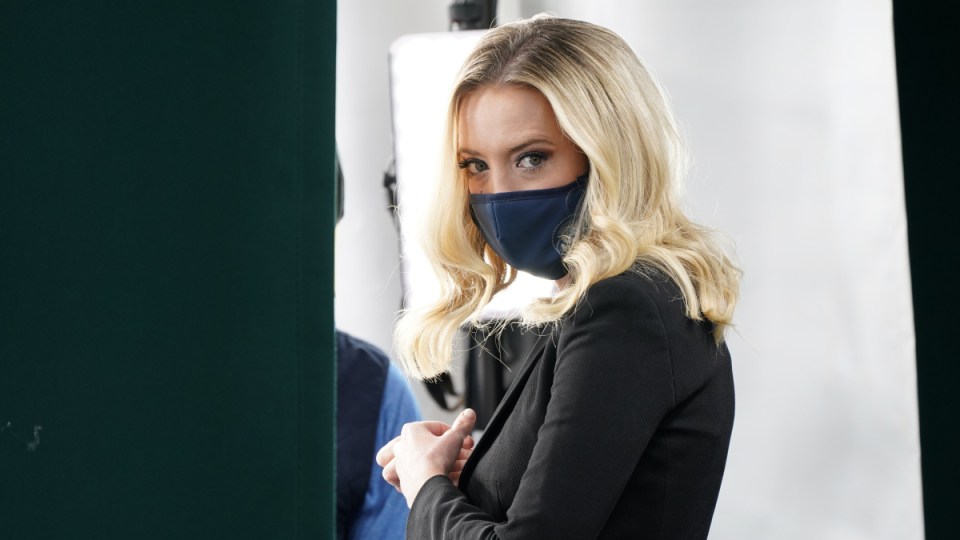 White House Press Secretary Kayleigh McEnany says she has tested positive for COVID-19 but is experiencing no symptoms.

Her diagnosis comes just four days after US President Donald Trump and his wife returned a positive result.

In a statement posted on Twitter, Ms McEnany said the White House medical unit does not list any reporters, producers, or other members of the press as close contacts.

But sources tell CNN that two of her deputies, Chad Gilmartin and Karoline Leavitt, have also contracted the coronavirus.

Ms McEnany said she “definitively had no knowledge” about Mr Trump’s adviser Hope Hicks’ diagnosis before choosing to hold a press briefing on Friday. Just hours after that day’s briefing, the President announced he and wife Melania had the coronavirus.

Ms McEnany is the latest of Mr Trump’s staffers and close contacts to test positive to COVID-19 following the President’s shock diagnosis.

With a leader who has treated face masks as optional and consistently downplayed the seriousness of the coronavirus – which has killed more than 200,000 Americans – it’s little wonder those in the White House inner circle are falling ill.

And yet despite contracting the virus himself, Mr Trump still doesn’t appear to be taking the health risks seriously.

On Monday, the President drew criticism when he left Walter Reed National Military Medical Centre, where he is being treated for COVID-19, for a drive-by “surprise” greeting to supporters, who have been holding a vigil for him outside.

One Walter Reed hospital doctor slammed the political stunt, saying “every single person in the vehicle during that completely unnecessary Presidential ‘drive-by’ just now has to be quarantined for 14 days”.

“They might get sick. They may die. For political theater. Commanded by Trump to put their lives at risk for theater. This is insanity,” Dr James Phillips posted on Twitter.

That Presidential SUV is not only bulletproof, but hermetically sealed against chemical attack. The risk of COVID19 transmission inside is as high as it gets outside of medical procedures. The irresponsibility is astounding. My thoughts are with the Secret Service forced to play.

At this stage, we don’t know where Mr Trump contracted the virus, or who from.

After being exposed, it can take several days for the virus to be detected by a test.

This means that even when Mr Trump wasn’t showing any symptoms, it’s possible he was unknowingly carrying the virus while he attended several major events.

At least 10 people in his inner circle have since tested positive. 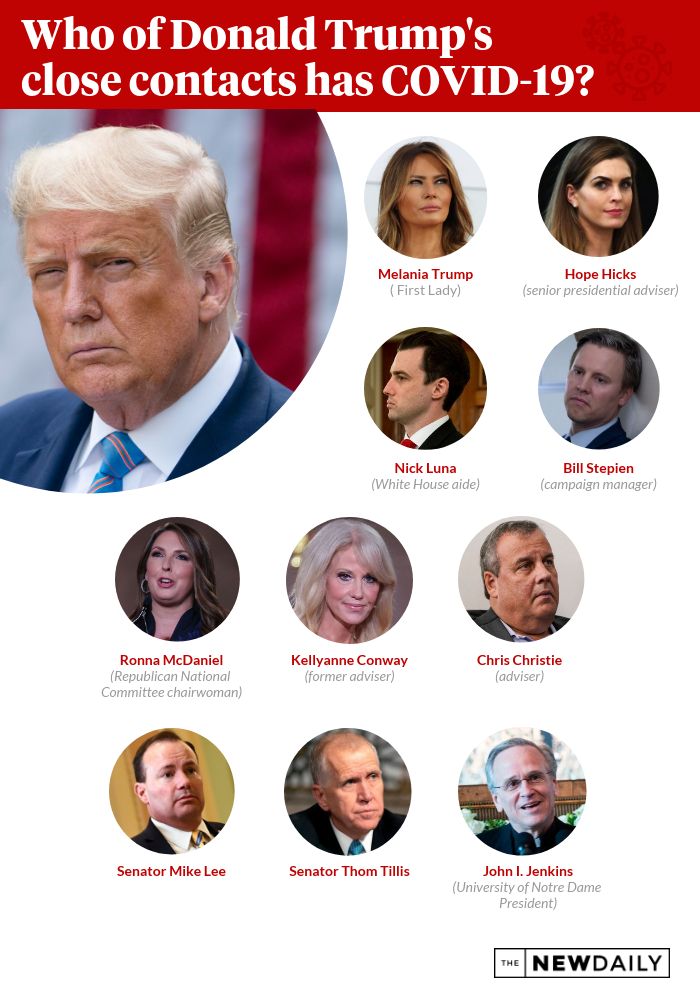 Dozens of lawmakers, family members and staff from the White House gathered at the White House Rose Garden for the unveiling of Judge Amy Coney Barrett as Mr Trump’s nominee for the Supreme Court.

At least eight attendees have since tested positive.

These include Republican Utah Senator Mike Lee, who was filmed hugging guests at the event and pictured posing earlier that week with Judge Barrett, who announced a negative test result on Friday.

Video of the ACB announcement event on Saturday at the WH featuring Sen. Mike Lee of Utah, who has now tested positive for Covid-19. pic.twitter.com/aCqP2JCH73 via @bubbaprog

I was remarkably impressed by Judge Barrett. My meeting with her was fantastic. She is a judge, a legal scholar, and a lawyer with outstanding credentials. We had a great conversation and I am very much looking forward to speaking with her more during her confirmation hearing. pic.twitter.com/rfGt717PlW

Last week, Father Jenkins sent a letter to the Notre Dame community apologising for not wearing a mask at the event and for shaking hands with other guests.

Mr Trump and his family travelled to the presidential debate in Cleveland on September 29 – just three days before it was announced he had tested positive to COVID-19.

The Trump family and others did not follow guidelines requiring all audience members to wear masks, with most appearing to remove them once seated.

The Cleveland Clinic said in a statement there was a “low risk of exposure” for attendees: “Everyone permitted inside the debate hall tested negative for COVID-19 prior to entry. Individuals travelling with both candidates, including the candidates themselves, had been tested and tested negative by their respective campaigns.”

Mr Trump greeted supporters and officials in Minnesota, before attending a private fundraiser in a Shorewood home hosted by Cambria CEO Marty Davis.

Some Republican officials joined him on flights aboard Air Force One, including Minnesota members of Congress.

Later, he spoke at an outdoor rally at Duluth International Airport attended by 3000 people.

4. A fundraiser at his golf club in Bedminster, New Jersey, October 1

On Thursday, officials discovered Hope Hicks – one of Mr Trump’s closest advisers – had tested positive for the coronavirus just before the President boarded Marine One to attend a fundraiser at his golf club.

The event was allowed to go ahead anyway.

Hours later, Mr Trump was diagnosed with the coronavirus.

There has been no information on whether any of the hundreds of White House support staff, like cleaners and chefs, have tested positive.

At least three reporters who cover the White House tested positive on Friday, as well as an unnamed staffer.