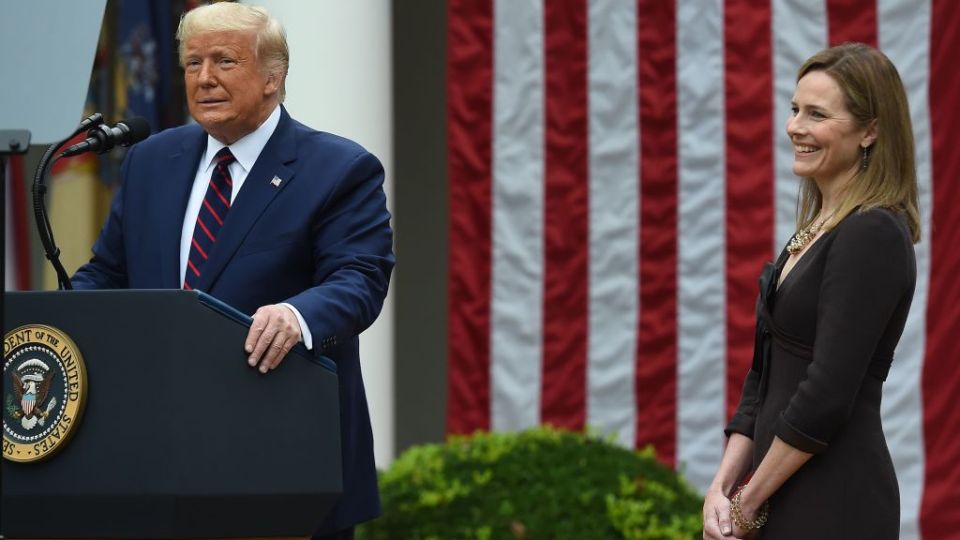 Donald Trump push to seat Judge Barrett on the Supreme Court is under a COVID cloud.Photo: AAP

Two Republican members of the Senate Judiciary Committee, Senators Thom Tillis and Mike Lee, both said on Friday that they had tested positive for the virus.

Both had attended a ceremony for Barrett at the White House on September 25 with President Donald Trump, who announced on Friday that he had tested positive and was hospitalised at Walter Reed National Military Medical Centre.

The two senators said they would quarantine for 10 days, ending their periods of isolation just before Barrett’s confirmation hearings begin on October 12.

Several other members of the Judiciary panel also attended the White House ceremony.

The positive tests come as Senate Republicans are pushing to quickly confirm Barrett in the few weeks they have before the November 3 election.

Democrats, many of whom are critical of Barrett’s conservative positions on key social issues, seized on the virus announcements to call for a delay in the hearings.

“We now have two members of the Senate Judiciary Committee who have tested positive for COVID, and there may be more,” tweeted Senate Democratic leader Chuck Schumer.

“It is irresponsible and dangerous to move forward with a hearing, and there is absolutely no good reason to do so.”

Confirmation hearings for Barrett, who would replace the late Justice Ruth Bader Ginsburg, are scheduled to last for four days.

McConnell on Saturday announced that he would seek to delay floor action for the next two weeks, but he was admant the hearings would proceed as planned.

At an event in Kentucky on Friday, he said remote hearings could work if some senators couldn’t attend.

Senators cannot vote virtually, however, so Republicans would need a full slate of committee members to approve the nomination shortly after the hearings and all of their senators on the floor for a final confirmation vote, which they hope will happen in the last week of October.

Barrett has tested negative, the White House said on Friday. It was confirmed that she had a mild case of COVID earlier this year and has now recovered.