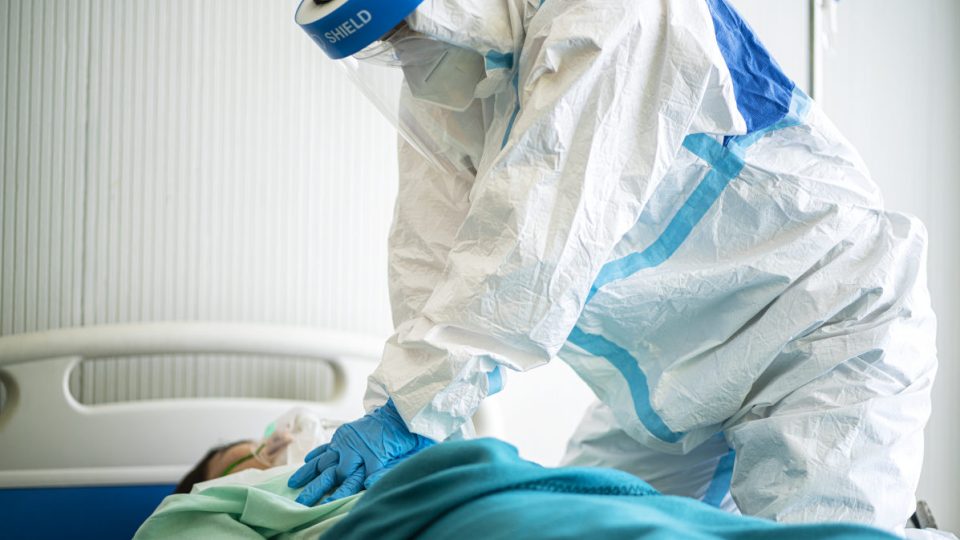 It is common for seriously ill coronavirus patients to suffer cardiac arrest during their first two weeks in hospital, a new American study shows.

The research, published in the BMJ on Thursday, examined more than 5000 critically ill COVID-19 patients aged 18 years or older who were admitted to intensive care units across the United States.

The report’s authors, from the University of Michigan, found 14 per cent of the patients (701 people) had in-hospital cardiac arrest within 14 days of being admitted to hospital.

A cardiac arrest is when a person’s heart stops pumping blood around their body and they stop breathing normally.

Though similar to a heart attack, when one of the coronary arteries becomes blocked, a cardiac arrest is the more serious of the two.

Cardiac arrests cause serious chest pain, and if the patient doesn’t receive treatment within a few minutes, they can die.

Of those featured in the study who had cardiac arrests, 57 per cent – about 400 people – received cardiopulmonary resuscitation, known as CPR.

The patients who received CPR were younger than those who did not, and only 12 per cent survived and were able to leave hospital.

But sadly, many of those survivors will never be the same again.

That’s because the lack of blood flow to the brain during a cardiac arrest can lead to progressively worsening brain injury.

Many cardiac arrest survivors will have some degree of brain injury and impaired consciousness, and some will remain in a vegetative state for the rest of their lives.

Only about seven per cent of the survivors in the study were discharged from hospital in a normal condition, or with mild brain damage.

In most cases, youth boosted their chances of survival, with 21 per cent of patients younger than 45 years old recovering.

Patients aged 60 and older were not so lucky, the researchers found.

On average, those who had in-hospital cardiac arrests were aged 60 to 63.

These patients also had underlying health conditions and were more likely to be admitted to a hospital with fewer ICU beds.

The researchers conceded hospital resources, staffing, expertise, strain and other factors not captured in their study could have changed patient outcomes.

Nonetheless, they concluded cardiac arrest was common in critically ill patients with COVID-19, and was linked to poor survival even when CPR was administered, especially in patients aged 80 or older.

“Our study data could help inform patients, family members and clinicians in complex decision-making about patients with COVID-19 who are at risk of cardiac arrest or who have experienced cardiac arrest,” the researchers wrote.