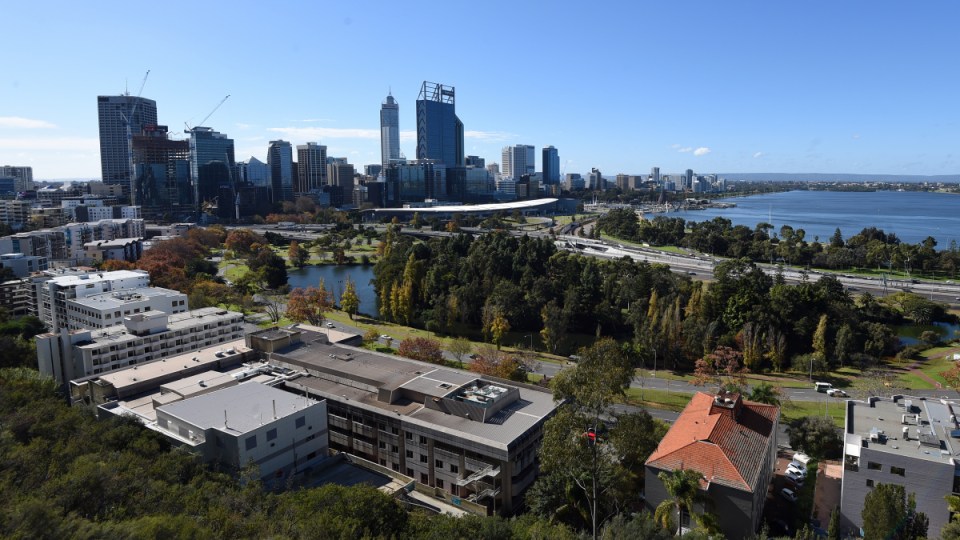 Victorians who head to Perth won't be forced into hotel quarantine after October 5. Photo: AAP

Western Australia, famous for having some of the country’s toughest COVID border rules, is about to become the first state to ease restrictions on visiting Victorians.

Premier Mark McGowan announced on Tuesday afternoon that Victoria’s declining case numbers meant tough requirements could be wound back from October 5 – as long as infections continued to fall.

From then, Victorians arriving in WA will no longer be forced into hotel quarantine at their own expense. Instead they will be allowed to self-quarantine for 14 days at a designated address – although they will still have to have an exemption.

“This is a significant but reasonable change,” Mr McGowan said.

Entry to WA from Victoria will remain limited to transport or freight and logistics workers, some politicians and military personnel and health workers. All will have a virus test when they get to WA and again on day 11 of their quarantine.

The rules will also ease for people travelling from NSW, bringing them into line with border measures imposed on other Australians. Victoria will remain the only exception.

“We expect this change will allow for more exempt travel to occur from NSW, similar to our original hard border arrangement in place from April 5,” Mr McGowan said.

He said the rule change would also ease demand on WA’s hotel quarantine as it moves to increase the number of international arrivals it takes.

“Western Australia is the envy of the world. Our health and our economy is in the best possible position considering what is happening around us,” he said.

“That is why a cautious approach is necessary. As always, like everything, we will continue to monitor the situation over east. But until we have confidence that community spread is under control, the border will stay in place.”

Mr McGowan says he is still not prepared to set a date for reopening the hard interstate borders despite the continued decline in cases.

“We’re not going to do so until we’re completely sure we get the health advice that is completely safe,” he said.

The breakthrough for Victoria comes as Prime Minister Scott Morrison said he was open to people flying into Australia from overseas could soon be allowed to quarantine at home.

The Australian Health Protection Principal Committee is looking at the safety of home isolation and the timing of reviving home quarantine would be determined principally by the panel’s health advice.

“But I’m hopeful it’s something we can move to,” he told reporters in Canberra on Tuesday.

The latest deaths were a man in his 60s, another in his 70s, a woman and two men in their 80s and a woman and a man in their 90s. The pandemic has claimed 794 Victorian lives, while the national toll is 882.

On Monday, lawyers assisting the inquiry said the botched program was to blame for the state’s second wave of coronavirus, which has infected 18,000 people and claimed more than 750 lives.

“The evidence demonstrates attitudes to transparency and accountability that likely manifested in practices contributes to the problems within the hotel quarantine program,” Tony Neal QC said.

“They likely contributed to a loss in opportunities to identify issues which may have prompted better, fuller and more timely action.”

Asked on Tuesday if the trio were now briefing ministers, Mr Andrews said: “Yes, I believe they are.”

“If that were not the case … I would not be standing here reporting 326 active cases, nor would I be reporting 10 new cases when six weeks ago we had 725.”

Melbourne’s 14-day average of new cases is 18.2. Under the current plan, it must drop below five, and there must be fewer than five mystery cases for a fortnight, before restrictions are eased further.

Mr Andrews said improvements to contact tracing should give Victorians a “sense of confidence and optimism” that more freedoms are coming.

“I note that timetable has been accelerated for some of the year levels but I cannot see why all students can’t get back to school in Victoria now,” he said.

He said the mental health of young people was suffering in the state’s lockdown.

With community transmission of the virus slowing in Victoria and all but ended elsewhere in Australia, Mr Hunt said it was time do away with state border restrictions.

“We think the epidemiology in Australia is so strong now that it’s a COVID-safe country,” he said.

Come on over, Victorians: WA relaxes its toughest border rules