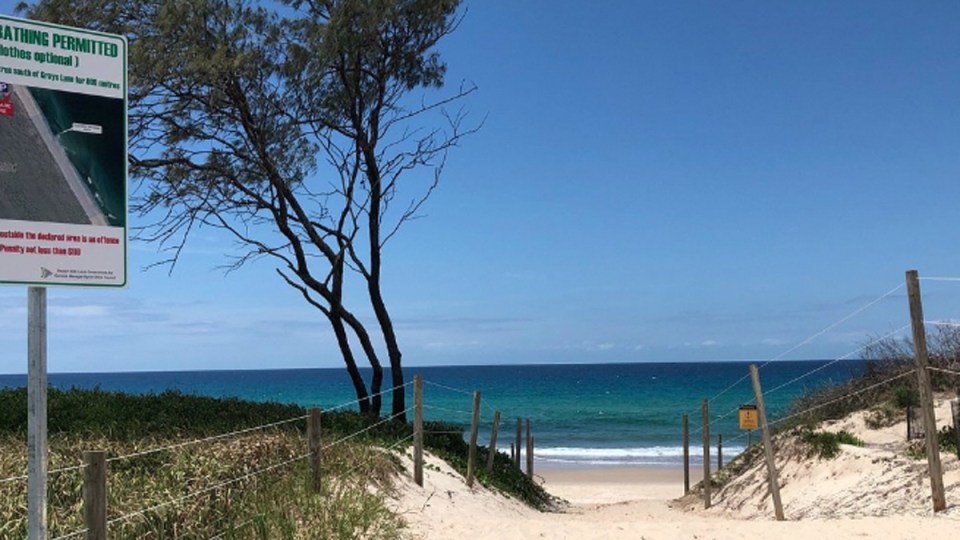 NSW Police have fined three people for breaching coronavirus rules after a party at a nudist beach in the state’s north, reportedly attended by hundreds.

Police say they were called to Tyagarah Beach, just north of Byron Bay,  early on Sunday after complaints about the party.

They found about 20 people, although they were told there had been about 500 there earlier.

Three people were fined $1000 each for failing to comply with NSW public health orders, limiting public, outdoor gatherings to 20.

Tyagarah Beach is a well known “clothes optional” stretch of sand. Nude bathing is permitted along an 800-metre stretch of the shoreline.

In other COVID rule breaches, NSW Police say they fined three people in a car stopped on the Sturt Highway at Hay at 12.20am on Saturday after finding they were from Victoria. Police say none of the trio had a valid permit to enter NSW.

Elsewhere, a 45-year-old woman was also arrested after allegedly coughing on an officer at Maitland Police Station on Sunday. She was charged with numerous virus breaches and will appear in the local court on November 18.

Matildas will be keen to forget 7-0 drubbing by Spain
Upcoming stats will reveal where and how hard rates are hitting economy
Victorian MPs pocket a tidy 2.75 per cent pay raise
Reserve Bank review isn’t a ‘get the governor’ exercise: Jim Chalmers
‘Violence for weeks’ feared after landmark US abortion ruling
Aussie Hannah Green within striking distance of Women’s PGA Championship lead
COVID aged care deaths could have been “avoided” if response was faster, Brendan Murphy admits
Today's Stories