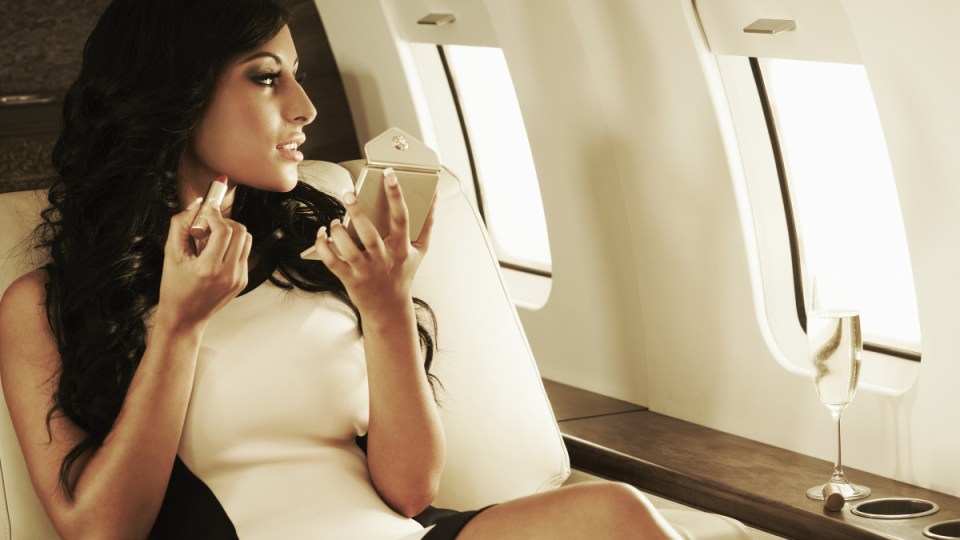 Forget their trite captions reminding us to “live life to the fullest”, we all know the real game of social media influencers is to promote unachievable lifestyles.

But posing in a fake private jet may be a step too far.

Based in a California studio and comprised of ‘luxurious’ furnishings, a ‘private jet’ set is being used by influencers to pretend they’re travelling in style.

The set is designed to look just like the interior of a private jet, with backlit windows aimed at imitating the real thing, so they can appear effortlessly wealthy without actually going anywhere.

Visits to the set cost about $91 an hour.

At a time when nearly all international flights have been grounded, the photos have left millions of Instagram followers scratching their heads.

Where could these influencers possibly be going during a global pandemic?

no more singles y’all 🤠 u know what that means. *keep streaming distance tho, link in bio*🤍

It was only a matter of time before the bizarre pop-up ‘jet’ was exposed.

Photos of the full set have now been posted to Twitter, which show the scene ends abruptly out of view.

Nahhhhh I just found out LA ig girlies are using studio sets that look like private jets for their Instagram pics. It’s crazy that anything you’re looking at could be fake. The setting, the clothes, the body… idk it just kinda of shakes my reality a bit lol. pic.twitter.com/u0RsOnyEEk

Luxury private jets have long served as a popular backdrop for influencers.

Some of the world’s richest influencers can even afford to buy one.

This year, as the world slipped into a crippling global recession, the youngest Kardashian, Kylie Jenner, bought her own jet for more than $100 million.

She named it Kylie Air.