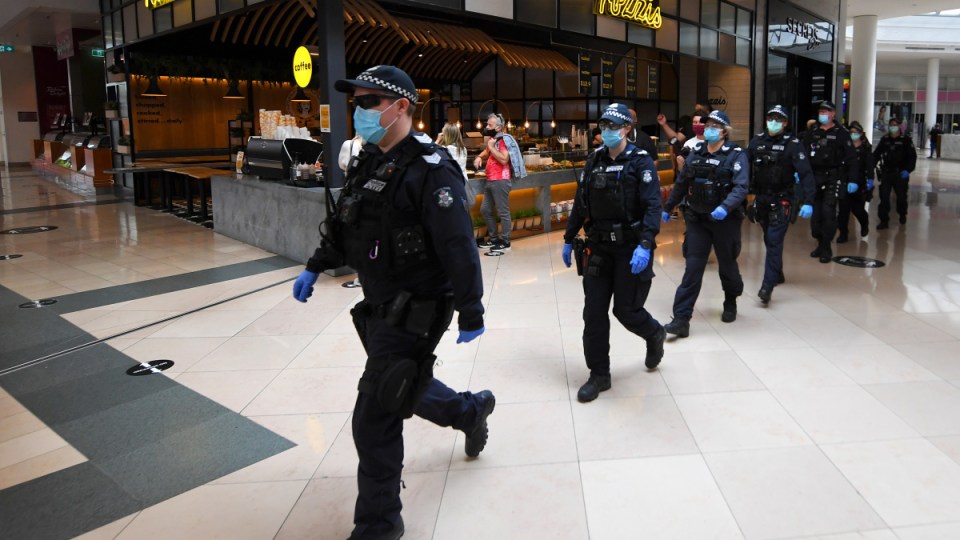 As Victoria's infections track better than expected, residents are hoping for restrictions to be eased. Photo: AAP

Daniel Andrews says his Health Minister’s resignation was “the right choice” as the Victorian premier is on Sunday expected to announce a relaxing of lockdown restrictions.

Jenny Mikakos quit on Saturday after she was singled out by the premier during his testimony at the hotel quarantine inquiry as the minister responsible for the program.

In public statement upon her resignation, Ms Mikakos said she was “disappointed that my integrity has sought to be undermined”.

She also deflected blame away from herself for Victoria’s second wave which has been traced back to the failed hotel quarantine program which relied on private security guards.

“I am deeply sorry for the situation that Victorians find themselves in. In good conscience, I do not believe that my actions led to them,” she said.

Labor veteran Martin Foley, the minister for Mental Health, was named and sworn in as her replacement.

Ms Mikakos’ decision comes as the premier batted away calls for his own resignation, declaring he did not run from challenges and he was determined to stay the course.

“I have a very important job to do and I’m going to get it done,” he said.

Lockdown-weary Melburnians are awaiting his announcement on Sunday on the extent of lockdown easing, with the two-week rolling daily case average of 23.6 tracking ahead of expectations.

Mr Andrews said Victoria should expect to make the first small move towards a greater relaxation of restrictions in the weeks to come.

“We’re not throwing the doors open … but people can be optimistic that the numbers are coming down,” Mr Andrews cautioned.

“We will be able to take further steps next month.

“It will be, however, a day of steady and safe steps, and that gradual continual progress is what we’ve been able to do because we have a gradual and continued decline in those numbers,” he said.

Under the original plans to take effect from Monday, the 9pm curfew would remain, as well as the 5km travel limit and takeaway-only for restaurants and cafes.

Restrictions around public gatherings would ease to allow up to five people from a maximum of two households to meet outside for social interaction.

Childcare and kindergarten would reopen and some school students would return to classrooms in term 4.

The Victorian opposition is calling for rules to be loosened well beyond this, saying the curfew should go, all school students should return and restaurants, retail and offices should re-open.

The death of woman in her 80s linked to aged care brought the state toll to 782. There are 444 active cases, of which just 10 are in regional areas.

As Victoria’s coronavirus case average declines, Prime Minister Scott Morrison has foreshadowed an historic budget next month to get the nation back on track.

The 2020/21 budget, to be delivered on October 6, will be the “most unprecedented investment in Australia’s future”, the PM told reporters in Adelaide on Saturday.

“It will be a titanic effort that we’re involved in to ensure that this country can get back on the growth path that we want to be on,” he said.

“That means we’re going to have to do some very heavy lifting in this budget and that comes at a significant cost.”

Those out of work were hit with a cut to their dole on Friday as the JobSeeker supplement was reduced from $550 a fortnight to $250.

From Monday, the JobKeeper rate will also decrease and be split into two tiers for full-time and part-time workers.

Shadow treasurer Jim Chalmers said the cuts would strip $680 million a fortnight out of the economy just when it is needed.

“It makes absolutely no sense for the government to be cutting support to workers, communities, businesses and local economies when the economy is still as weak as it is today,” he said.

Treasurer Josh Frydenberg again hinted on Friday the government was looking at some form of extra support for the unemployed, above that which applied before the pandemic struck. However, the decision would not be made until later in the year.