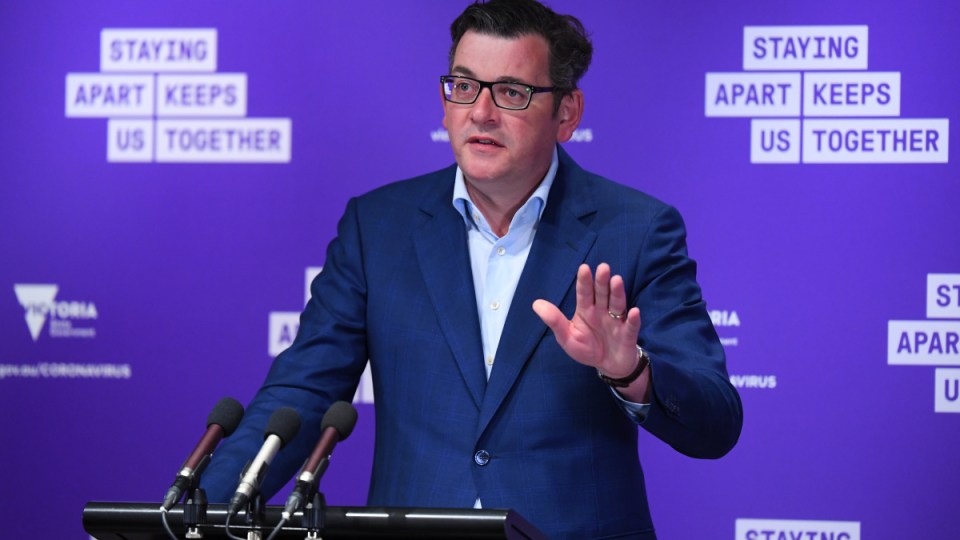 Victorian Premier Daniel Andrews has doubled down on the tough measures his government has used to beat the state’s deadly second coronavirus wave.

“This is a health challenge. Until you defeat the virus, you cannot rebuild the economy,” Mr Andrews said on Tuesday.

The toughest COVID rules have already been eased in country Victoria, which had just 20 active infections on Tuesday.

Melbourne’s case numbers are falling faster than predicted in modelling used to develop the state government’s plan for reopening, with its rolling 14-day average at 32.8 on Tuesday – well into the bottom end of the 30 to 50 benchmark.

The Premier confirmed Melbourne was “absolutely on track” to have some virus restrictions wound back this weekend.

But, pushed at his daily briefing to bring that announcement forward, Mr Andrews would not budge.

“This is not a matter of pride, it’s a matter of science. And the data, the evidence, the science and the doctors tell us – and I think, to be honest, common sense tells you – that unless you get the numbers low, you can’t hope to keep the numbers low,” he said.

Mr Andrews also said the decision to put health first in the coronavirus pandemic was one from national cabinet.

“The national cabinet has made a decision that instead of allowing this virus to spread throughout the entire Australian community, much like it is in Europe, killing many tens of thousands of people, we would fix the health problem first, and then we would all, in a unified way, set about repairing the economic damage this pandemic has done,” he said.

“You can do very little for livelihoods until you prioritise saving lives and defeating this virus. That’s the path we’re on.”

He said Tuesday’s rise in new infections came from more than 11,000 tests – a welcome jump on the 7000 tests reported on Monday.

But he said the exact measures to be announced for Melbourne on Sunday were still yet to be decided.

“I don’t want to be coy in any way. Sunday is some days off,” he said.

“It will be a busy weekend to make sure that what we do on Sunday is based on the most current, most contemporary, the most accurate picture of what the virus is doing at that time. Not Sunday morning, as such, but it will be a very long Saturday and a very late Saturday night.”

Victoria also confirmed three more fatalities on Tuesday. They were women aged in their 70s, 90s and older than 100.

Border moves and a milestone day

NSW had no locally acquired COVID-19 cases on Tuesday, as the Queensland government said it will relax its border with its southern neighbour for some regional areas.

South Australia will also lift COVID-19 border restrictions with NSW from midnight on Wednesday, meaning people will no longer be required to isolate for 14 days.

NSW had only two coronavirus cases from 7616 tests in the 24 hours to 8pm on Monday. Both were returned overseas travellers in hotel quarantine.

It’s the first time since July 8 that the state hasn’t had any locally acquired cases.

Residents of Byron Shire, Ballina, Lismore, Richmond Valley, including Casino and Evans Head, Glen Innes and 41 other postcodes will be added to the Queensland-NSW border bubble.

The relaxation of restrictions is a big win for the ailing tourism and aviation industries, with Virgin Airlines announcing it will resume daily flights between Adelaide and Sydney from October 2.

Queensland will review its decision to bar the majority of NSW from entering the Sunshine State at the end of September. But chief health officer Jeannette Young remains concerned about a Sydney taxi driver case.

‘Absolutely on track’: Premier’s promise as he defends virus shutdown