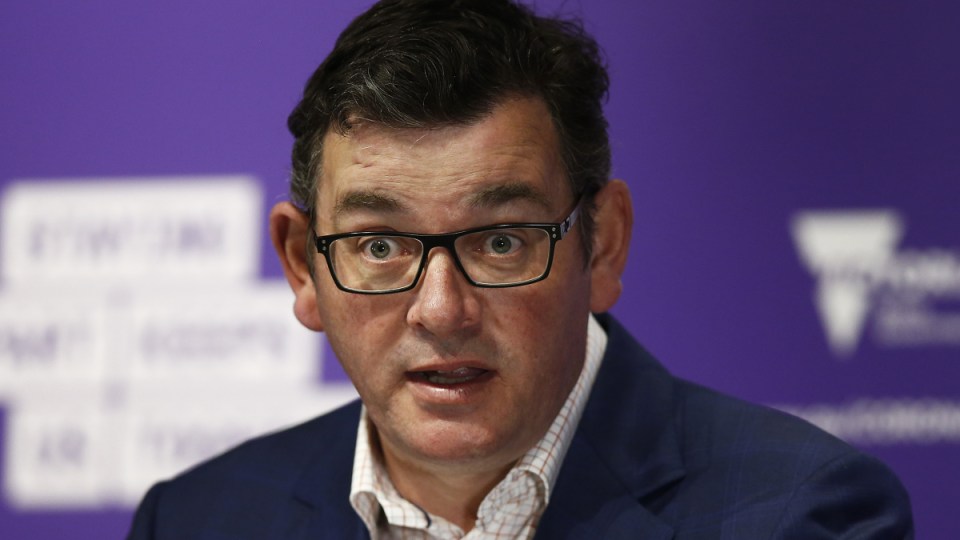 The premier has vented his disappointment in rule-breakers. Photo: Getty

Victorian health authorities are rushing to suppress a worrying COVID cluster sparked by a handful of rule-breaking households in Melbourne’s south-east.

There were 90 active coronavirus cases linked to the local government areas of Dandenong and Casey on Friday, including 33 linked to five households that have been visiting each other – and breaking Melbourne’s strict Stage 4 lockdown rules in the process.

“The rules are in place for a reason and anyone who undermines this, undermines the entire strategy, and it means the rules will be on for longer,” he said on Friday.

“We have seen this all the way through, whether it be dinner parties from people who have been on skiing holidays in Aspen …  or families that live in the outer south-east, who I don’t think have been to Aspen recently.

“No matter how big your bank balance. If you go visiting and you have this, you will take it with you.”

One of Victoria’s first COVID clusters was sparked by a Melbourne couple who returned home from a skiing holiday with the virus.

The Department of Health and Human Services’ Jeroen Weimar said the 33 active cases (and another that is no longer active) were in just five households in the suburbs of Clyde, Cranbourne North, Hallam and Narre Warren South.

“These five houses in this particular cluster have had, unfortunately, some members of those households visiting other households,” Mr Weimar, who is in charge of the state’s virus testing, said.

Some of the visits also went beyond the five-kilometre from home limit that applies in Melbourne.

“It fundamentally highlights the fact this virus knows no boundaries. This virus respects no differences between people. It ultimately thrives on close, human contact,” Mr Weimar said.

Concerns have also been raised over one of the area’s largest shopping centres, Fountain Gate, after an infected person visited the centre.

Melbourne had 45 more virus cases on Friday – its highest number in a week. But the city’s 14-day rolling average of new infections continues to improve, dropping to 42.7.

It must stay below 50 for Melbourne’s coronavirus regulations to be relaxed on September 28.

Asked whether his government would use state of emergency and state of disaster powers to lock down problem suburbs or industries, Mr Andrews said that would not be the solution to the latest outbreaks.

Instead, the focus will remain on testing and contact tracing, described by Mr Andrews as “coronavirus detective work”.

Three new testing sites have opened in the area – at Clyde Recreation Reserve Footy Pavilion, Hallam Secondary College and Noble Park. A fourth site was to open at Dandenong Market on Friday.

Mr Andrews also said infected people who admitted during contact tracing interviews to breaking COVID-19 rules would not be fined.

“Giving contact tracers the correct information in a timely manner is worth more than $1200 to every Victorian,” he said.

Victoria also had five more fatalities on Friday. They were a man in his 50s, another man in his 70s and a third in his 80s, as well as two women in their 90s.

The state’s toll from the virus has grown to 750 and the national figure is 837.

All five deaths were linked to outbreaks in aged care.