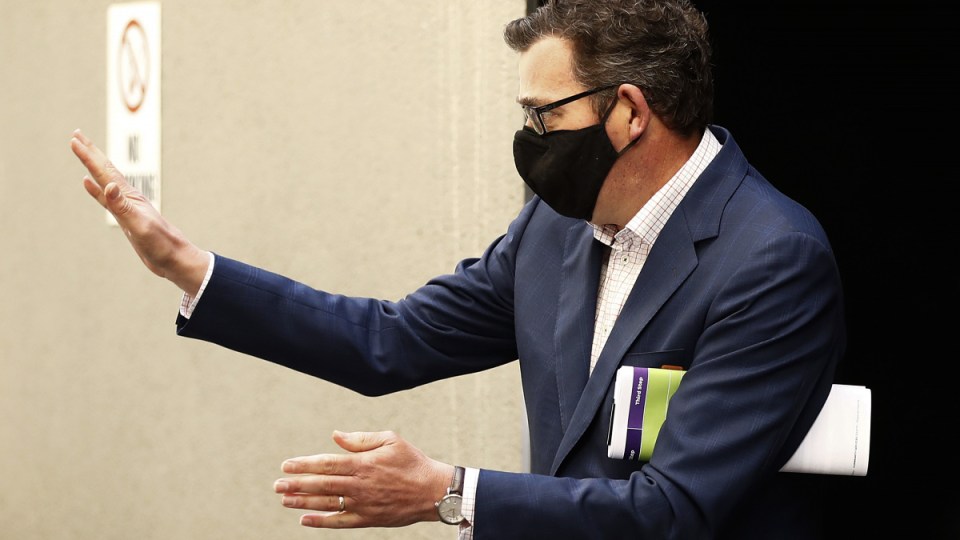 A “super-spreading event” that has sparked a coronavirus cluster in south-east Melbourne has Victorian health authorities on fresh alert.

The renewed alarm comes as the state’s daily case numbers continue to fall, with Melbourne seven weeks into a strict Stage 4 lockdown and eyeing more relaxed virus measures from September 28.

While Victoria had eight more virus deaths on Thursday, new cases dropped to 28 – the first time they have been under 30 since June 24.

Of Thursday’s cases, 14 are linked to known outbreaks. Five are part of the City of Casey cluster in Melbourne’s outer-south east, which has grown to 33 infections.

There are also five more cases linked to the nearby Dandenong police station.

He called the Casey cluster a “super-spreading event” and said it is linked to households in the area.

“We’re getting into the tail of the infection (the state’s second wave) … these are the sorts of situations we really need to be on top of, to make sure we do get numbers down,” Professor Cheng said.

“It just takes one (super spreader) and it can be off and away – and that’s why we really need to get on top of this.

“It’s spreading in a number of households in Casey and we’re obviously worried all the people they’ve come into contact with outside of that.

“We’re not entirely sure how they’re linked, but I don’t think it’s rocket science to say a number of households in Casey are probably going to be linked in some way … we’re still working to establish those links.”

Professor Cheng said three more pop-up testing clinics had been set up in the area and thanked residents who had come forward for testing.

Meanwhile, Victorian Premier Daniel Andrews has defended his government’s ‘road map’ out of lockdown after coming under fire from state and federal Liberal MPs – and some epidemiologists.

“Any suggestion that I or a member of the government hand-picked this is just utter nonsense,” Mr Andrews said.

“Not productive, not helpful, not based on fact,” he added.

As restrictions begin to ease in regional Victoria, a “ring of steel” has been erected on the outskirts of Melbourne to deter Melburnians from trying to travel to country areas.

The Premier has taken a hardline approach to would-be absconders.

“The police are not mucking about. If you are from Melbourne and you are in regional Victoria and did not have an appropriate excuse, you will be fined,” Mr Andrews said.

“Anyone who thinks they might take a punt on heading to regional Victoria and not getting caught, I think your odds are very poor.”

Included in the crackdown is a new infringement in effect from Thursday. Under the rule, Victorian adults who leave a restricted area without a lawful excuse will be handed a $4957 fine.