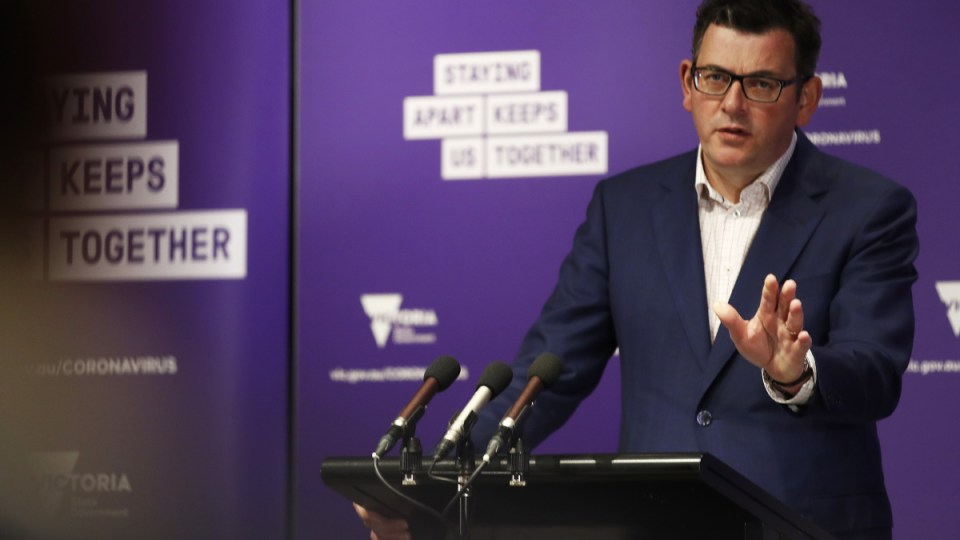 Victorian Premier Daniel Andrews has confirmed his state's restrictions will be eased - but not by much. Photo: Getty

Victorian premier Daniel Andrews has announced a massive $3 billion suite of tax cuts and cash grants, in what he called “the biggest package of business support in the history of this state”.

As the premier confirmed Victoria had logged 41 new COVID cases and seven deaths, his government has extended billions more in support to business, including a $251 million licensed venues program offering grants of up to $30,000 for hospitality businesses hit hardest by COVID shutdowns and distancing rules.

Liquor license fees will be waived, ski resorts will be given fee relief, and chambers of commerce will be given money to distribute in local business grants.

#COVID19VicData for 13 September, 2020.
Yesterday there were 41 new cases reported and 7 lives lost. Our thoughts go out to all those affected.
More information will be available later today. pic.twitter.com/xylZ2wnfcp

On the day the state was originally meant to be exiting its stage four lockdowns, strict restrictions and stay-home orders remain in force thanks to last weekend’s extension. Instead of lifting lockdowns, Sunday sees a string of minor restrictions slightly eased or changed, including the opening of playgrounds and libraries, and new rules about home gatherings.

The lockdown extension was met with fierce criticism and outrage from the business sector, which has spent the week calling for the state government’s roadmap to ‘COVID-normal’ to be accelerated. Premier Andrews has steadfastly rebuffed those calls, but conceded the conservative plan would require more support for business, with huge swathes of the economy either totally shut down or massively restricted.

On Sunday, the premier announced the state government would forego the equivalent of one-quarter of its annual tax revenue, in a huge package of tax cuts and offsets for business, to aid in the recovery from COVID and associated lockdowns.

Other parts of the plan include $20 million for small businesses to kit themselves out with online operations, such as vendor software to sell products online, and training and workshops to upskill employees.

“I don’t think you will find a greater demonstration of commitment from any government across this nation,” Mr Pallas said.

He claimed the government was “using every lever available” to give industry more help.

The government said Sunday’s announcement effectively doubles the state’s support for business, to a total of $6 billion.

Sunday marks different changes for metro and regional Victoria. The 8pm curfew will extend to 9pm, while Melbourne will move to the ‘first step’ of the new roadmap. This will allow for “expanded social interaction” including two hours of outdoor recreation per day, and the new ‘social bubble’ for people living alone.

UPDATE FOR VICTORIANS: Change in restrictions from 11:59 tonight.

“They are small steps, absolutely appropriate, with numbers still coming down, but too high to open up,” Mr Andrews said.

Regional Victoria, owing to the small number of active COVID cases, is moving straight to the ‘second step’ of the plan. That means five people from two separate households can meet outside for recreation, up from two people in the first step. Childcare will open.

“I hope that people in Melbourne are looking to what is occurring in regional Victoria as proof-positive, not a model, not a theory, but the actual delivery of this plan,” Mr Andrews said Sunday.