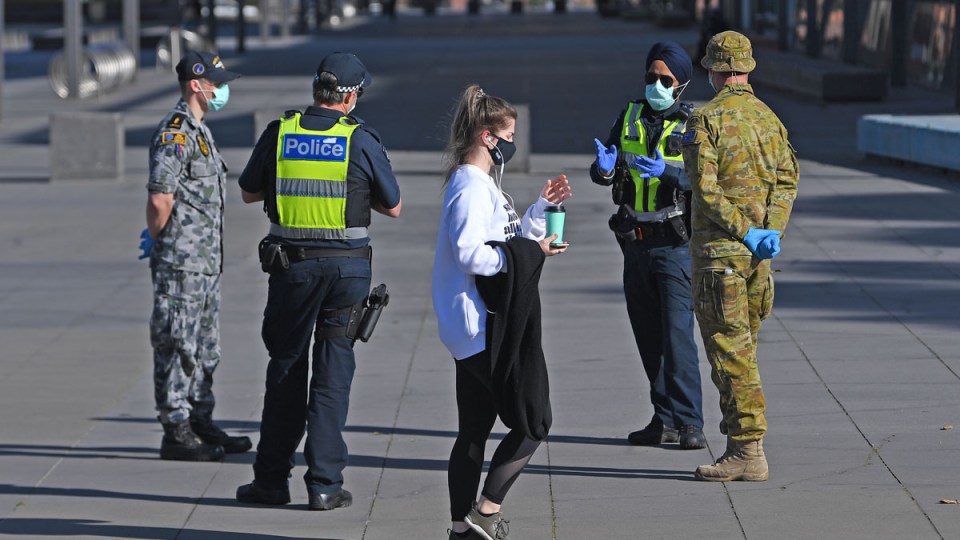 Victoria will have two different looks as it emerges from the shutdowns inspired by its second COVID wave.

Victorian Premier Daniel Andrews has revealed more about his plans for the state when its coronavirus lockdowns end.

As Victoria’s daily COVID infections fell again, and its heartbreaking death toll also slumped, Mr Andrews said on Tuesday he would reveal two road maps for opening up the state.

There will be one plan for metropolitan Melbourne and a different set of rules for the rest of Victoria, where active coronavirus cases have fallen to just over 100.

“We believe that, given the low case numbers, it will be possible for us to have different settings in regional Victoria, and a different timeline and road map compared to what will be essential in metropolitan Melbourne,” Mr Andrews said.

“The challenge is different in metropolitan Melbourne than it is in regional Victoria. We will always to make sure the rules are as simple and logical as they can. That’s not easy but we’re confident we can strike that balance.”

The Premier’s double-barrelled plan for Victorians will be outlined on Sunday.

They were all women, aged from their 70s to their 90s. All were linked to aged-care outbreaks.

The fatalities take the state’s virus death toll to 570, but are far short of the record 41 reported on Monday. Many of those deaths dated from as far back as early July, and were reported by aged-care homes at the weekend.

Tuesday’s coronavirus toll is the state’s lowest since four deaths confirmed on August 15.

Tuesday’s infection figures continue a recent double-figure trend as Melbourne nears the end of its six-week shutdown to quell its deadly second wave.

He has already revealed some hints about plans for beyond Melbourne’s Stage 4 shutdown, and the Stage 3 restrictions in the rest of Victoria.

They include “a traffic light system” for each phase and an initial focus on industries that have been closed since the measures began on August 2.

There will also be a focus on outdoor gatherings, including workplace meetings, and a likely lingering ban on large gatherings in family homes.

Health authorities in NSW have issued alerts for buses, trains and some of Sydney’s busiest railway stations as they confirmed 13 new COVID infections on Tuesday.

People who have subsequently tested positive to the virus passed through Sydney’s Central, Wynyard and Town Hall stations last week, prompting the alerts.

Two of Tuesday’s infections were returned travellers in hotel quarantine.

The other 11 are locally acquired and linked to known clusters. They include seven connected to the Sydney CBD outbreak, which has grown to 41 cases.

One of the new cases connected to the cluster visited the City Tattersalls gym and two worked at Reddam Early Learning Centre in Lindfield. All staff and children who attended the centre considered close contacts and directed to get tested and isolate for 14 days.

Of the other cases reported on Tuesday, one is linked to Liverpool Hospital and three new cases attended St Paul’s Catholic College in Greystanes.

NSW Health has also directed anyone who dined at It’s Time for Thai restaurant in Newtown on August 28 between 5-8pm to immediately get tested and self-isolate for 14 days.

Other alerts were issued for:

There are 73 coronavirus patients being treated by NSW Health. Six are in intensive care, including three on ventilators.