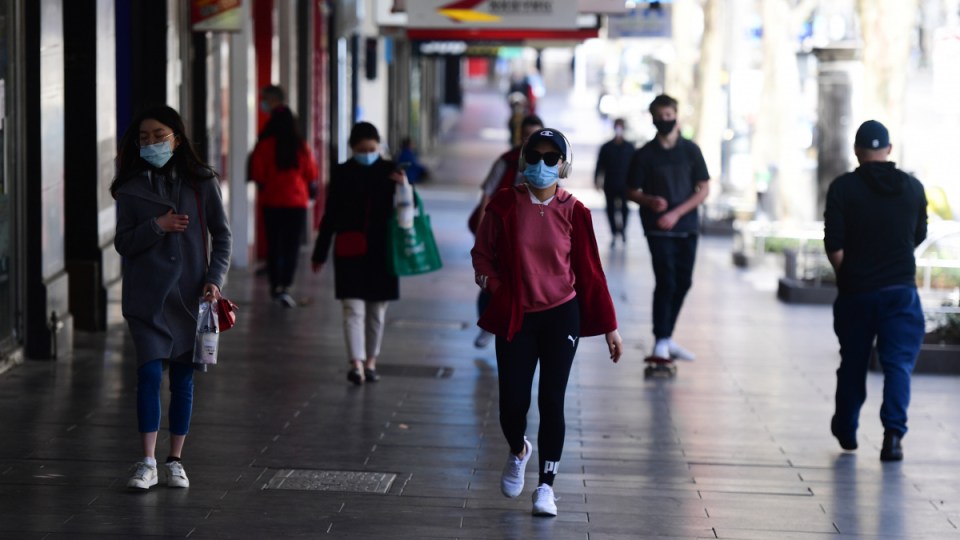 Daniel Andrews wants the power to extend emergency laws in Victoria which is currently in stage four lockdown. Photo: AAP

Victoria’s premier could be close to extending his COVID-19 powers as the state’s daily infections achieved a crucial milestone of dropping below 100.

Daniel Andrews has been facing political opposition to his push to extend Victoria’s state of emergency beyond September 13.

But a deal could be close after influential Victorian upper house MP Fiona Patten said she could get the support for a sixth-month extension.

In a potential breakthrough to the political impasse, Ms Patten, leader of the Reason Party, said in a statement on Saturday she proposed supporting COVID-19-specific laws until March.

The government would have to brief minor parties and independents once every month, justifying the continuation of the state of emergency.

“This will give us the opportunity to question the minister and her departmental heads directly,” Ms Patten said.

If the government wanted to extend the powers beyond March, it would have to return to parliament to argue its case again.

“This is a fair arrangement that I believe could gain support of several of my colleagues and pass the parliament – only by a small margin though,” Ms Patten said.

A spokesman for Premier Daniel Andrews said no deal had been struck.

The state Labor government may need to wrangle one more vote to get Ms Patten’s proposal over the line.

The potential progress comes as Victoria recorded 94 infections on Saturday, falling below 100 for the first time since July 5.

“We’ve all just got to find a way to stay the course.”

However were 18 more deaths, bringing the state toll to 513 and the national total to 600.

Melburnians are subject to another fortnight of strict stage four restrictions including an 8pm to 5am curfew and regional Victorians are under slightly less strict stage three restrictions for the same period.

However crowds of people hit the outdoors on Saturday as the weather improved, with many visiting beaches and enjoying outdoor activities despite strict limitations.

Mr Andrews was cautious about rushing to a return to normal, saying the path back to normality will be based on “science and data and evidence”.

“We are so close to driving this down to very low numbers. We’ve all just got to find a way to stay the course.”

A man has been charged after allegedly skipping hotel quarantine in Perth and visiting a pub, sparking a COVID scare.

Perth’s Hotel Northbridge was shut down Saturday night and dozens of people ordered to self-isolate when the 53-year-old flew from Queensland without permission.

He has since returned a negative test results and bar patrons have been told they don’t need to isolate or get tested for COVID-19.

The 53-year-old West Australian, who flew into Perth from Queensland on Friday, will face court for failing to obey health directions.

Police found the man at Hotel Northbridge on Friday evening when he should have been in a state-provided hotel, prompting bar management to voluntarily close for cleaning.

Earlier this week WA authorities confirmed the state had gone 135 days without any confirmed community transmission under its strict hard border closures.

One new case was recorded on Monday with a man in his 50s in hotel quarantine testing positive after returning from overseas.

A concerning cluster at Sydney’s Tattersalls Club gym has grown again, with new cases on Saturday taking the count to 23.

Three people who caught it from the initial outbreak attended the facility while infectious.

NSW Health also revealed a previously reported case attended one of the gaming areas of club on August 24.

Authorities are urging those who were in the gaming areas at the time to monitor for symptoms and get tested immediately if even the mildest symptoms develop.

Those at the gym between 8am and 2pm on August 19, 21, 23, 24 and 25 are considered close contacts and must isolate themselves and get tested immediately.

As a precaution NSW Health advised people living or working in the Greater Sydney metropolitan area and Central Coast to refrain from visiting aged care facilities until September 12.

The preventative measure to keep the virus from infiltrating nursing homes and affecting the vulnerable elderly residents will mean many will be denied a visit on Father’s Day.

Meanwhile NSW Police have dealt with a major breach of restrictions in Mt Druitt, breaking up a house party of about 100 youths.

Police were called to the home in the early hours of Saturday after reports of people fighting.

They allege a number of teenagers surrounded officers and were abusive and violent towards them.

Four teenagers aged between 13 and 17 have been charged with offences including assaulting police and assaulting a paramedic.

The alleged offenders appeared at a children’s court on Saturday and the house party host is expected to be fined.