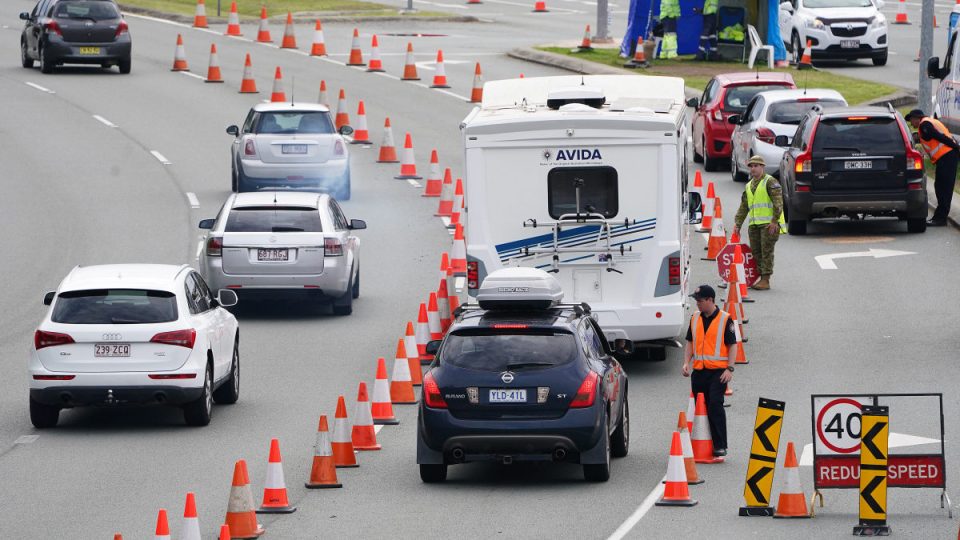 Families have been separated because of Australia's coronavirus border closures, and they want Scott Morrison to help. Photo: AAP

Families separated by Australia’s strict border closures are pleading with state and federal governments to sort out ‘the mess’, with some saying they’ve been separated from their partners for months.

It comes after Prime Minister Scott Morrison begged the states on Friday to relax their borders after an unborn baby died after the mother could not travel to the nearest hospital in Brisbane.

But some border-community leaders have labelled the PM’s words as ‘merely marketing’, saying he could have intervened in the situation weeks ago.

Citing the death of the baby who died after its mother was forced to travel to Sydney, rather than Brisbane, for critical care, Mr Morrison told reporters he understood the closures are putting ‘strain’ on communities.

“Today, we learnt of the unthinkable and heartbreaking case where a young lady had to take, I think, her daughter to Sydney and sadly passed away. This is heartbreaking stuff and I can understand people’s frustration and anger,” Mr Morrison said.

“I know state borders are putting enormous stress and strain on Australians.”

The strict border closures between Queensland, NSW and Victoria have wreaked havoc on communities stuck between them for months now.

Jenni Saunders has not seen her husband in nine weeks.

Mrs Saunders lives in Albury and her spouse is living in East Gippsland for work. She can cross the border into Victoria easily, but getting back makes the trip almost impossible.

Mrs Saunders asked the state government what to do, and was told she would need to fly down before flying back and quarantining in Sydney if she wanted to see him.

“Basically, they told me if I wanted to go down I had to fly to Sydney, then to Melbourne, then get to East Gippsland,” she told The New Daily.

“Then, to come back, I would have to get back to Melbourne, back to Sydney and then quarantine there for two weeks, and come home to Albury.”

“What really ticks me off is that Melbourne people in the hotspots can go to anywhere in Victoria to see their partner, yet I’m in a very low COVID-19 spot and he is too and we can’t see each other,” Mrs Saunders said.

The toll it has taken on their family is immense.

“It’s screwing with both of our heads, we’ve never been apart for so long,” Mrs Saunders said.

For some families, the border closures are having dire consequences.

The Ballina family of the unborn twin baby applied for a medical exemption to travel to Brisbane, but it came after they had waited 16 hours and flown to Sydney for care.

The woman’s father, Alan Watt, said one of the twins became anaemic during surgery and died at the Royal Prince Alfred Hospital.

He hasn’t spoken with his daughter or her husband, but his wife is staying with the couple, who have had to rent an apartment across the road from the hospital.

“It’s busted our family apart – I’m up here, her sisters and brothers are in Queensland and they’re in Sydney,” Mr Watt told 4BC radio on Friday.

On Friday, Mr Morrison said there had been some progress in the national cabinet, thanking the NSW and SA Premiers for engaging with the federal government on the issue.

“We need to get these principles established to ease the impact of these restrictions,” he said.

“We’ve got to put aside the disagreements we’ve had about this and get arrangements that can be workable and also protect people’s health.”

But leaders in border communities have accused the PM of playing a ‘marketing game’ with their communities, with Albury mayor Kevin Mack saying he could have stepped in weeks ago to fix the issue.

“Why didn’t he say that six weeks ago, when Queensland shut their borders? I find the whole thing a political football. Canberra coming out today is marketing 101.”

Cr Mack said the Prime Minister should step in and help out.

“I’ve seen the hurt in my border community – we’re almost down on our knees. People need to see through this garbage.”

‘We’re down on our knees’: Separated border families plead with PM to step in and help