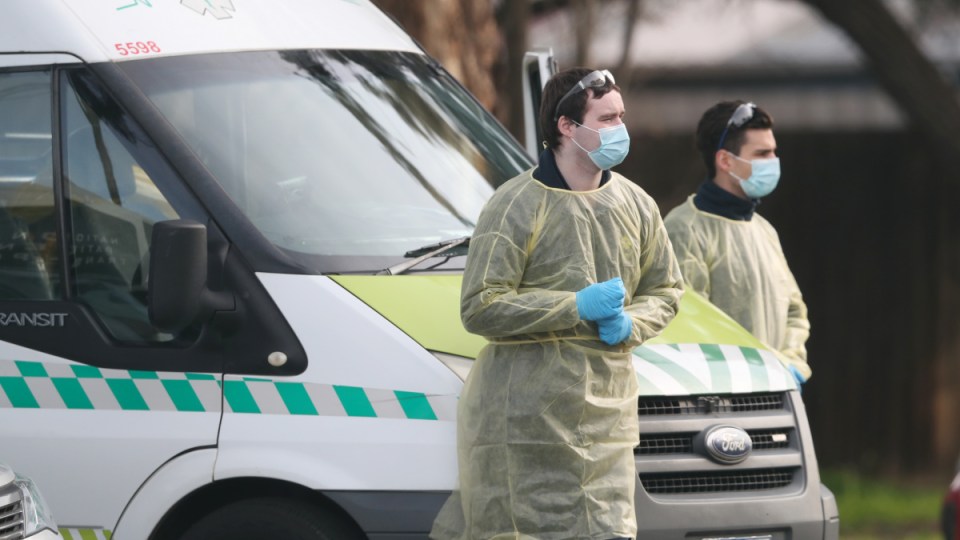 It came after 149 new infections on Wednesday, 148 on Tuesday and Monday’s seven-week low of 116. Sunday (August 23) was the last day the state had more than 200 new virus cases in a single day.

But Thursday is one of the state’s deadliest days, with the toll behind only Wednesday’s 24 and the record of 25 on August 17 .

The pandemic has claimed 485 Victorian lives, many of them from the devastating outbreaks that have hit aged care. Hundreds of Victorians remain in the state’s hospitals.

Premier Daniel Andrews is expected to give more details at a briefing later on Thursday.

Elsewhere, the Victorian government has reportedly agreed to a compromise deal on its plan to extend state of emergency provisions for 12 months.

Key upper house crossbencher Fiona Patten said she believed the government would seek a modified version of its plan – likely a six-month extension – when legislation comes to state parliament next week.

“This is uncharted territory that we’re going in to. We’ve never really dealt with a pandemic like this. And it’s very wily and it can be unexpected. So, I accept that,” she told the ABC.

“However, to put into legislation the ability for not just this government but future governments to instil a state of emergency into this state for 18 months, without going back to the parliament, without, I don’t think, adequate scrutiny and oversight, that is too far.”

Justice Party MP Stuart Grimley told the ABC he thought ending the state of emergency in September was “too soon”.

He said an extension between “one to three months” was “reasonable”.

The pandemic sparked a state of emergency declaration on March 16. Without a deal on a legislative change, it will expire on September 13 after a maximum six extensions.

Mr Andrews has stressed the proposed extension does not mean Melbourne’s Stage 4 regulations – which are also due to end on September 13 – will remain for a further year. Rules would only remain “for so long as it is necessary”.

Meanwhile, a senior public servant who appeared in a promotional video describing Victoria’s hotel quarantine program as “one massive inbound trade mission” is to appear at the inquiry into the botched scheme.

Gonul Serbest, the head of Global Victoria, will give evidence at the state’s hotel quarantine inquiry on Thursday.

She appeared in an eight-minute promotional video leaked to the Herald Sun early in August.

In it, Ms Serbest describes how staff members of Global Victoria – a government agency usually tasked with overseas trade missions – were given 24 hours to set up the program and treated it as a “massive inbound super trade mission”.

“The fact we’ve been able to help slow the spread of coronavirus makes us feel really proud of the work that we’re doing,” she says in the video.

“It’s been a really interesting and complex project but something that I think we’ll look back and really think about as something that’s been really rewarding.”

The video was reportedly filmed in April, before COVID-19 spread from two hotels and into the community, sparking the state’s devastating second wave of the virus.

The inquiry previously heard 99 per cent of Victoria’s second COVID-19 wave could be traced to three outbreaks at the Rydges on Swanston and Stamford Plaza hotels.

It is unclear which companies are being investigated.

The Department of Health and Human Services and Department of Jobs, Precincts and Regions are among 20 duty holders being investigated by WorkSafe for COVID-19 breaches.

Both departments had a key role in the hotel quarantine program.