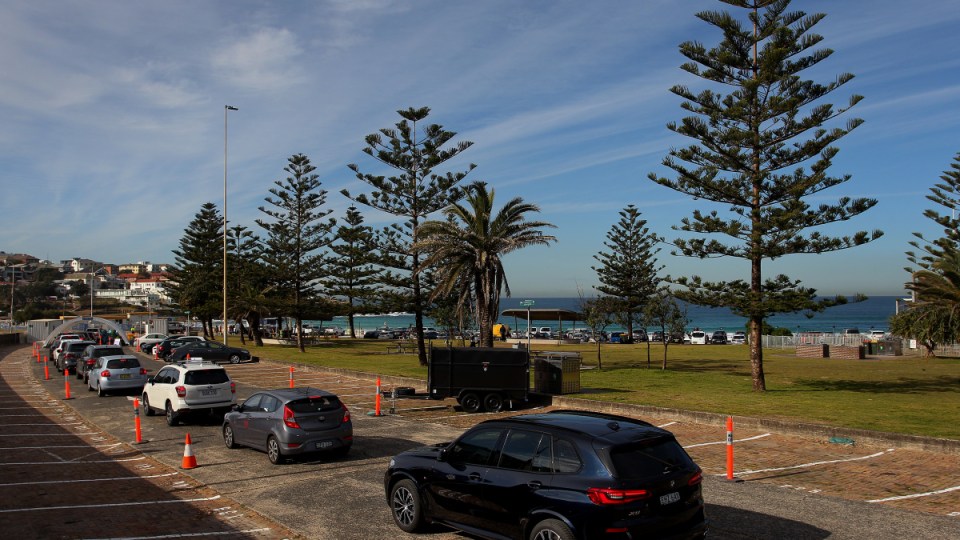 A man has been tasered and arrested after allegedly travelling to NSW from Victoria by boat, as health authorities confirmed a cluster of coronavirus cases in Sydney’s CBD is expanding.

NSW Police said they had intercepted the man on Tuesday afternoon in waters off Cronulla, in Sydney’s south.

Police said when they approached the vessel, the 61-year-old man became aggressive towards officers, produced a knife and refused to disembark.

Specialist officers boarded the boat and he was tasered and taken to Sutherland Police Station.

He is in hotel quarantine and will face court when his 14-day stay is up on September 10.

He has been charged with not complying with a COVID-19 direction.

Five of the new cases were linked to a cluster in the Sydney CBD, and the other four were close contacts of previously reported cases.

There are now eight cases associated with the CBD cluster, and three of the five new infections reported on Thursday attended the City Tattersalls Club gym, on Pitt Street.

The club is now closed for cleaning.

There are also fresh alerts for venues across Sydney, including the Hunters Hill bowling club indoor dining room, where anyone who attended on August 23 between noon and 2pm should get tested and isolate for 14 days.

Anyone who attended the gyms must immediately self-isolate for 14 days.

Elsewhere, anyone who visited the 4 Pines brewery in Manly on August 23 from 3.30pm to 5pm should monitor for symptoms.

There is also an alert for the Magpies Waitara restaurant in Sydney’s upper north shore for anyone who attended on August 24 from 11.30am to 1.15pm.

People who attended Destro’s Pharmacy in Drummoyne on August 22 from 11.20am to 11.40am should also monitor for symptoms.

It follows alerts issued by NSW Health for new venues, including the Royal Hospital for Women in Randwick, the Virgin Gym in Zetland and bus routes across Western Sydney.

NSW Health is treating 74 people for COVID-19, including six in intensive care.

NSW deputy chief health officer Jeremy McAnulty warned people who were told to self-isolate for 14 days that they must do so for the entire period.

“Early testing may not detect infection and an early release from self-isolate based on a negative test could allow an infectious person to infect other people in the community,” he said.

Man arrested, tasered after allegedly sailing from Victoria to Sydney