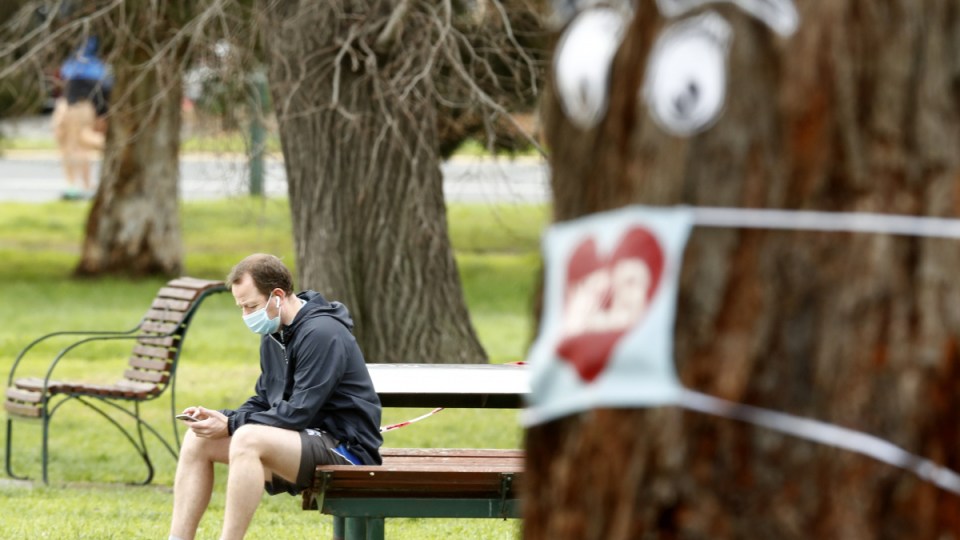 Victoria's COVID numbers have seen a slight uptick, but overall are trending down amid some of the world's most severe restrictions. Photo: Getty

Victorians have been dealt a blow in their fight against the coronavirus, with 24 more deaths on Wednesday, and infection numbers failing to fall any further.

The state had 149 new cases on Wednesday, after a downward trend in recent days hallmarked by 148 infections on Tuesday and Monday’s seven-week low of 116.

But it is the toll that will be hardest to deal with. Wednesday’s fatalities are just one short of the state’s record deadliest day – when 25 deaths were confirmed on August 17.

Twenty-one of the fatalities were linked to outbreaks in aged-care homes.

State Health Minister Jenny Mikakos confirmed Wednesday’s figures in an interview with Radio National. She said Victoria was still in a “very serious situation” and defended the Andrews government’s push to amend legislation to allow the state of emergency to be extended by up to 12 months.

Mr Andrews will have to strike a deal with crossbenchers to get the legislative change over the line after the Coalition opposition ruled out backing it.

The coronavirus pandemic sparked a state of emergency declared on March 16. It is due to expire on September 13 after a maximum of six extensions.

Mr Andrews wants to change legislation so it can be extended for a further 12 months.

Opposition Leader Michael O’Brien has ruled out supporting the bill, which is opposed by almost all of the state’s upper-house crossbench MPs in its current form.

These include rules surrounding face masks, mass gatherings and quarantine, as well as density limits for businesses and workplaces.

He stressed the proposed extension did not mean Melbourne’s Stage 4 restrictions – which are also due to end on September 13 – will remain for another year.

He has said he is willing to work out a compromise with the crossbench before parliament sits on Tuesday. He will need four on side to pass the legislation.

Key crossbencher Fiona Patten earlier indicated she might support the bill “if there was some compromise”, while former federal senator Derryn Hinch said the two crossbenchers from his Justice Party might also support an amended bill.

But Liberal Democrats David Limbrick and Tim Quilty are urging their fellow crossbenchers not to negotiate a shorter extension with the government.

Meanwhile, state Education Minister James Merlino said on Tuesday he was confident students will be back in classrooms in term four, subject to Professor Sutton’s approval.