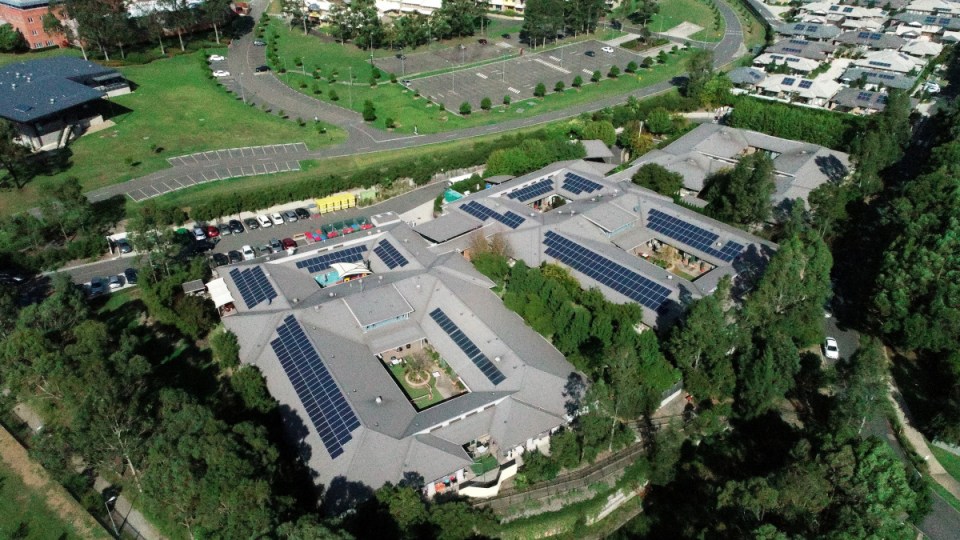 There were 19 deaths at Newmarch House during the COVID outbreak. Photo: Getty

A “vicious cycle” of staff and protective equipment shortages, as well as sub-optimal infection control practices, have been found to have contributed to the COVID-19 outbreak at Sydney’s Newmarch House.

The outbreak at the Anglicare-run nursing home started on April 11 and was declared over on June 15. In that time 19 residents died, with 17 of the deaths directly attributed to COVID-19.

There were 71 cases of COVID-19 diagnosed in residents and staff members during the outbreak.

An independent review found at the time, no other residential aged-care home in Australia had experienced an outbreak of such magnitude.

Professor Lyn Gilbert and Adjunct Professor Alan Lilly were asked to undertake the review in June. On Monday, they released their report highlighting the lack of consistent expert guidance on infection prevention and control at the nursing home.

The report found the lack of this advice at the start of the outbreak led to inconsistent use of personal protective equipment.

“Throughout April 2020, COVID-19 cases among residents and staff continued to increase,fuelling a vicious cycle of staff and PPE shortages, sub-optimal infection prevention and control practice, infection source-control and the resulting increase in workload and COVID-19 transmission,” the report said.

A lack of physical distancing between staff during meal breaks, at meetings, and when sharing transport to and from work also led to the rapid depletion in staff numbers at the facility.

“Although staff were instructed to stay at least 1.5 metres away from others when not using PPE, some apparently disregarded, misunderstood or found it difficult to follow this instruction,” the report said.

“These breaches of physical distancing were undoubtedly responsible for some staff being infected with COVID-19 but a much greater number were quarantined but did not become infected.”

The professors also found some staff were not aware COVID-19 was present at Newmarch House and left soon after arriving for duty.

Some 10 different agencies were called to help boost staff numbers but their skills and experience were found to be highly variable and their availability unpredictable.

There was a lack of clarity between the different agencies, which the review found created confusion for the Anglicare board and managers.

In their review, the professors interviewed family members of relatives in the nursing home and found communication with Anglicare was an issue.

One family member told the professors: “So to be honest with you and I feel terrible to say it but nothing worked well from the outbreak … that’s not to say, I have absolute gratitude for all of those workers who had the courage to turn up when they did.”

Medical care at the nursing home was delivered as a hospital-in-the-home program, which the review found had advantages for elderly residents but its implementation was compromised by inadequate staffing and support.

The review found Anglicare “spared no effort or expense” in responding to one of the “most significant crises” to occur in residential aged care in Australia.

The report reiterates how time-critical it is to establish effective infection prevention and control measures and recommends practical infection control training for all new staff.

It also recommends approved providers should consider surge workforce capacity on the premise that a minimum of 50 per cent of its staff may be furloughed.

NSW Health responded to the review saying its outbreak response was “prompt” and delivered in the absence of firm action from Newmarch House or Anglicare.

The department said the lack of preparedness at residential aged care facilities – at Newmarch House and in Victoria – prompted NSW Health to step in and ensure aged-care facilities could demonstrate they had comprehensive outbreak plans.

NSW Health Minister Brad Hazzard said the department had since developed a protocol to make sure there was clarity around leadership at aged-care facilities if an outbreak was to happen again.

“Clearly there were some major concerns at the time that the structure at Newmarch House and Anglicare was not sufficient to be able to respond in a way that was necessary,” he said on Monday.

Premier Gladys Berejiklian said authorities had to learn from what had happened to help stop it from happening again.

“All of us still feel for the relatives and obviously the patients of Newmarch who experienced such trauma and of course, our hearts continue to go out to them,” she said.

“We continue to integrate the learnings from Newmarch and infections in Victoria into the national response as outbreaks occur,” he said.