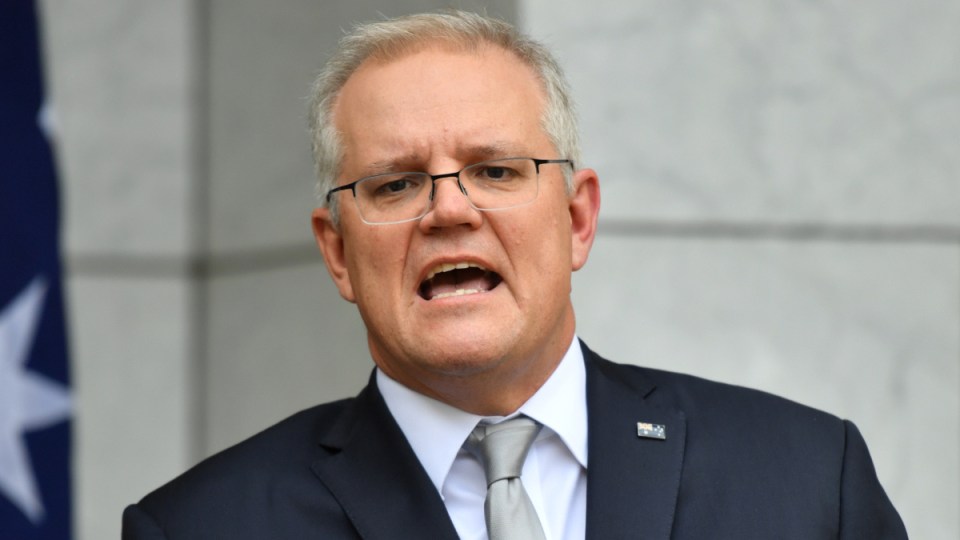 This week marks six months since Prime Minister Scott Morrison moved ahead of the World Health Organisation, and most other countries, to declare the coronavirus a pandemic.

At the time, Australia believed the WHO was moving too slowly. Mr Morrison wanted to show he was ahead of the game and ready to deal with this rapidly spreading virus.

On that day in late February, there were already 22 confirmed COVID-19 cases in Australia, mostly people who had come directly from Wuhan.

As he made the pandemic declaration, Morrison announced he was also initiating the Coronavirus Emergency Response Plan, a 56-page document he held proudly aloft and described as “very comprehensive”.

The idea was to instil confidence in a nervous community. It was still OK to go to the footy or eat at the local Chinese restaurant, the Prime Minister assured us. The government had a plan

Forewarned but not forearmed

It’s easy with the benefit of hindsight to poke holes in the document for the problems it failed to foresee in this pandemic, but it certainly didn’t miss one major area of risk: aged care.

In the “high severity” scenario, the plan warns aged care facilities would be “stretched to capacity”. It spoke specifically of the need for “surge staffing” and gave an assurance that “planning will consider what is needed to protect the most vulnerable members of our communities… such as the aged care sector”.

Most importantly, page 17 of the document made it clear that while the states and territories would be responsible for public health and hospitals, “the Australian Government will be responsible for residential aged care facilities”.

The government’s own “Emergency Response Plan” couldn’t have been clearer about where responsibility lay for this vulnerable sector as the pandemic arrived.

The PM and responsibility

Six months on, more than 260 elderly Australians in residential aged care have sadly lost their lives to COVID-19. There is no doubt many of these deaths would not have occurred without the widespread community transmission in Victoria, yet the Prime Minister has struggled to accept even a share of the responsibility.

He’s said sorry for “the days where expectations are not met”, but that’s as far as the concessions go. The ABC’s Michael Rowland put it to him directly on Wednesday that aged care “is a federal responsibility”. In response, Morrison would only accept that “we regulate aged care”.

On Friday, the Aged Care Minister went further. During an excruciating appearance before a Senate committee in which he couldn’t recall the number of COVID deaths in aged care, nor the number of active cases, Richard Colbeck eventually conceded that “in some circumstances we haven’t got it right and we apologise for that”.

And that brings us to state borders

As Colbeck gave his evidence on Friday, federal and state leaders were grappling with a problem the “Emergency Response Plan” definitely didn’t foresee six months ago: state border closures.

The actions of some premiers and chief ministers to completely wall-off their jurisdictions has frustrated the federal government and business community from the get-go. Families separated by distance have also felt the pain.

Nevertheless, the border closures have been wildly popular and the Prime Minister has long since retreated from any battle to force a re-opening. The limits to his authority on this have been well and truly exposed.

Morrison has, however, maintained pressure for at least some transparency around these state decisions and on Friday he scored a win. The leaders agreed their combined panel of top medicos, the AHPPC, will decide when to declare a particular region has become a coronavirus “hot spot”.

This should in theory mean independent experts now making these contentious decisions and might at least put some pressure on the premiers to justify any decisions denying entry to those from a “COVID-free” region.

There have been some heart-breaking cases over the past week of parents being unable to cross a border to access cancer treatment for a young child, or others unable to see a dying loved one.

Farmers in areas with no coronavirus, have been unable to move stock, feed and equipment. The premiers had to give some ground.

Six months into this pandemic, some of the basics on border crossings and aged care preparedness are still being worked out.

Given we may be living with this virus for at least another six months before a vaccine hopefully comes along, it’s better late than never.