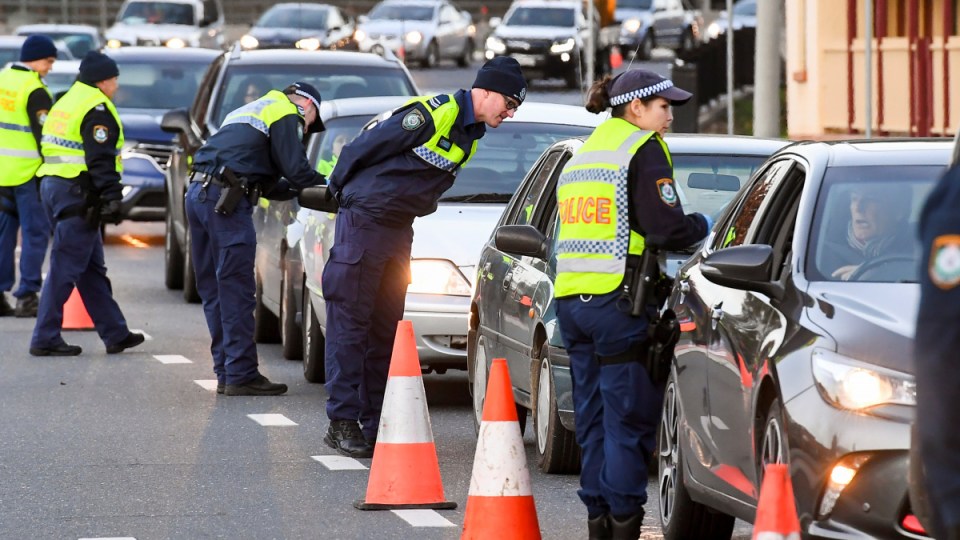 Confusion around COVID border closures could be mitigated by a national CDC, the AMA says. Photo: AAP

Prime Minister Scott Morrison could save thousands of jobs, and safeguard lives that are at threat, if he overruled state leaders and eased border restrictions, community leaders say.

There is growing frustration in communities impacted by the blanket state border closures, which locals say are driven by politics not public health policy.

Their frustrations are being echoed by Australia’s tourism and business industries, which argue that hundreds of jobs and millions of dollar are lost every day borders stay closed,

Kelly Purchall is a school teacher who lives in Albury, New South Wales, but works just over the border in Victoria.

The NSW’s government’s decision to close the state’s border means Ms Purchall needs a permit to travel between work and home.

Ms Puchall is pregnant, and was forced to get a special letter from her midwife so that her husband can drive her to appointments across the border.

“I will also need to give birth in Wodonga as that’s where the maternity ward of our cross-border health service is,” she said.

But here’s the crazy part – my newborn baby will need a permit to enter NSW.”

The border area has had no new cases for 46 days, and Ms Purchall believes the community feels punished by “the mistakes of Melbourne”.

“We are exhausted, frustrated and feel like we are not heard,” she said.

Albury mayor Kevin Mack said the fact they had not had a case for well over a month showed the decision to keep the strict border closure in place was political.

It’s all political. This mess is a product of the federal government not taking a role and standing up for this country,” Cr Mack said.

“It’s not about Albury–Wodonga, it’s not about the border, the feds should have stepped in six weeks ago and sorted these borders out.

“You’ve got Queensland, NSW, Victoria all fighting with each other.

“I mean get them out of the sandpit and deal with it.”

At the national cabinet meeting on Friday, Mr Morrison appealed to state and territory premiers to break the border deadlock, but no consensus was reached.

Earlier this week, National Cabinet agreed to allow farmers to cross state borders more easily after it was revealed that Services NSW suggested farmers fly their sheep into Sydney rather than cross the Vic-NSW border.

Cr Mack said this showed the PM could step in and help.

“Morrison reaches in, and says ‘I’ve changed the agriculture permit conditions’. Well, What’s he doing now? You’re either in for a penny or in for a pound,” he said.

“Unless we see a release, a softening of the closure, I really think people will start biting the bullet and breaking the law and making up stuff so they can get to where they need go.”

The New Daily understands some citizens are already crossing the border illegally to see family members and go to work.

In Tweed Heads on the NSW-QLD border mayor Katie Milne is begging both state premiers to expand the border bubble that has been implemented in the area.

“We have been inundated by residents and businesses getting in touch, explaining how the restrictions are negatively impacting their lives and livelihoods,” Cr Mack wrote in a letter to both premiers on Friday.

“We know Queensland will want to be confident of the integrity of an expanded border bubble so we are requesting that the NSW Premier considers imposing intrastate travel restrictions to the border zone areas and establishing a Northern Rivers bubble checkpoint.”

Hundreds of jobs each day

“For every day we have the border in place it’s 700 jobs or a collective $84 million a day economic impact,” he said.

He said the lack of clear guidelines for when borders should open and close was creating a disaster for the industry.

“If we can’t get things happening prior to Christmas, the reality for the tourism industry, it’s bleak. There’s no real future, at least for current businesses.”

The country needed to have an informed discussion about how to open up places with no community transmission instead of playing strong-man between state leaders, he said.

“What we’re saying is let’s address the politics here, let’s provide for states and territories a framework and structure so they can go back to their communities and be transparent.”

The sentiment is shared by Australia’s business community, which says the borders and now the number one economic impact.

“Interstate travel restrictions are having the biggest impact,” Australian Chamber of Commerce and Industry chief economist Ross Lambie said, releasing its third report on the impact of COVID-19 on business this week.

“Businesses need clarity so they can plan ahead, particularly towards the Christmas season when they would normally put on more staff to meet increased demand.”