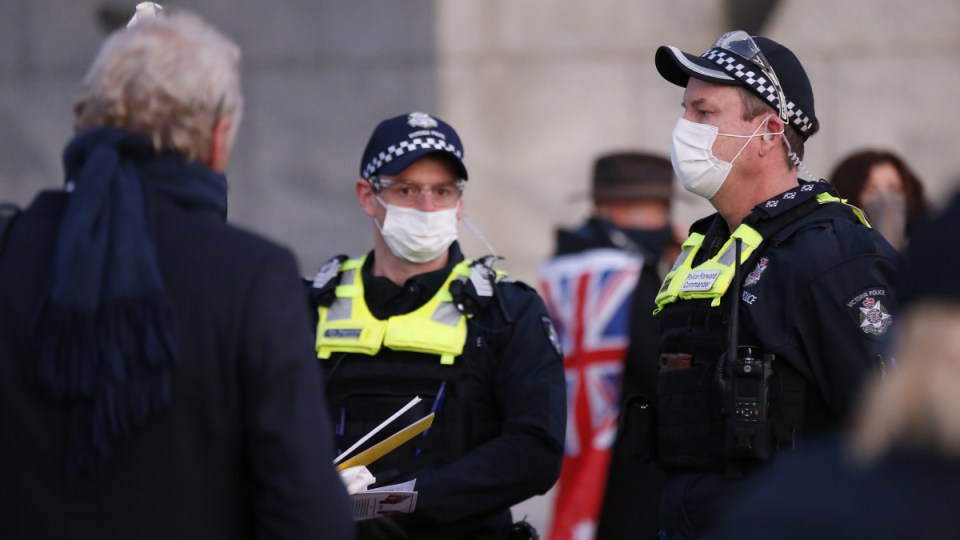 Victoria’s virus restrictions won’t be eased even slightly until its new infections are in “single digits or even low double digits”, the state’s deputy chief health officer says.

A day after Melbourne was meant to emerge from its original Stage 3 measures, Victoria had a slight uptick in COVID cases after days of lower numbers on Thursday.

There were also 13 more fatalities. The deaths of two men and 11 women, aged from their 70s to their 90s, took Victoria’s COVID toll to 376.

Melbourne is approaching the halfway mark of six weeks of Stage 4 measures. There are slightly less strict Stage 3 measures for the rest of Victoria.

The tougher rules were imposed in early August after Stage 3 restrictions applying to metropolitan Melbourne and the Mitchell Shire from early July appeared to have done little to quell Victoria’s second COVID wave. The earlier rules were meant to end on August 19.

The tougher measures will remain until at least September 13.

On Thursday, Premier Daniel Andrews refused to be drawn on a “clear blueprint” for Victoria’s next level of COVID measures – or even when they will start.

“I know it’s very frustrating and we’d all love to know a clear blueprint every single day and we tick them off and move from one phase to another. We would love that,” he said.

“We can’t give people a definitive time line, or even a really clear picture, at this stage, of what the next phase might look like,” he said.

Deputy CHO Allen Cheng said discussions had begun about which measures should be relaxed, and when. But he said Victoria’s daily coronavirus infections would first have to fall well below this week’s figures.

“That’s a discussion that we’re having over the next week or so,” he said.

“It would [have to] be substantially lower than it is now. I won’t give you a figure, but single digits or even low double digits. But it does also depend on, you know, if there are mystery cases – then we would worry more about those.”

Victoria had 3784 coronavirus infections whose origin had not yet been traced on Thursday. That’s a drop of 33 on Wednesday.

The state’s total number of active infections plummeted on Thursday, down by 2291 to 4864.

Professor Allen Cheng said that was due to a clearing of cases in recent days.

“A lot of work has gone in over the last couple of days to clear people from isolation so that they can go back into their normal activities,” he said.

He said the more significant figure was the 240 daily cases, which was still too high.

“So they are coming down, they’re going in the right direction. We’re not looking for single-day figures, but a trend over time, and that trend is coming down.”

In other measures announced on Thursday, the ban on rental increases and evictions for both residential and commercial tenants in Victoria has been extended until December 31.

Small commercial property owners will also be able to apply for support payments of up to $3000 under measures for tenants and landlords.

“Nobody should be worried about losing a roof over their head right now, particularly given the circumstances around social distancing,” state Treasurer Tim Pallas said.

Land tax relief for eligible residential and commercial landlords is also being extended, and the potential discount has doubled from 25 per cent to 50 per cent.

‘No blueprint’ for easing Vic virus rules, with case numbers still too high