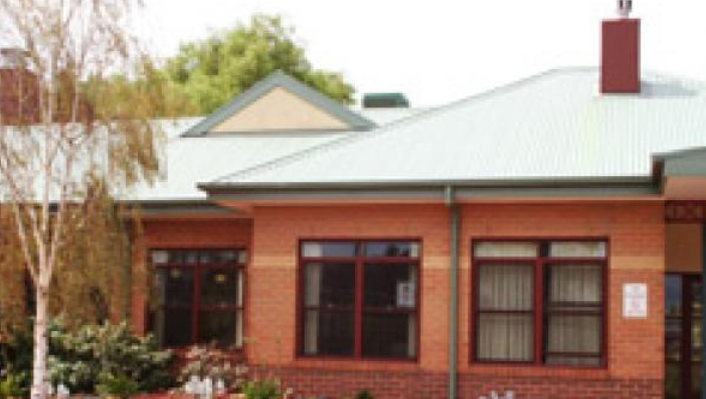 The Doutta Galla home in Yarraville is the latest to be hit by the lethal virus. Photo: Aust Gov

Victoria’s ongoing COVID-19 nightmare has seen a further 16 deaths and 279 new cases as the virus continues to stoke an expanding crisis in the state’s aged-care homes.

Victoria’s death toll now stands at 309, with 11 of the latest deaths centred on aged-care.

In a case of good news/bad news, Federal Aged Care Minister Richard Colbeck has confirmed a specialist medical team has been deployed to the Doutta Galla aged care centre in Yarraville to help deal with an outbreak of coronavirus.

That grim news stood in stark contrast with an upbeat Health Minister Greg Hunt, who claims to see light at the end of the tunnel and says he is increasingly hopeful a vaccine will be available next year.

Some 19 residents at the Doutta Galla home reportedly tested positive for the virus on Saturday.

Victorian Premier Daniel Andrews said there were now 58 cases, including 33 residents and 25 staff, linked to the Yarraville site, where ome residents were evacuated on Sunday.

There were also 72 cases at the Japara Gooonawarra Aged Care Home in Sunbury, including 43 residents.

Mr Andrews said there are 2,075 active cases in aged care – although that number is not exact due to the same data issues that caused a delay in the release of numbers.

After sending in public hospital nurses to Glenlyn Aged Care in Fitzroy, Florence Aged Care in Altona North and Kalyna Aged Care in Delahey, the Premier has said the government was willing to take over more sites if needed.

“I can’t rule out that we will add to that list,” Mr Andrews said.

“If we are asked to step in then that is exactly what we do – that’s all about making sure residents get the best care.”

Asked if the latest outbreaks in aged care facilities are due to staff moving between facilities, Mr Andrews said Victoria was working closely “with the Commonwealth and private sector providers” to stop the infection spreading.

“That’s why we’ve worked so hard to limit the amount of movement and staff between different places of work and we know that does create some added pressure,” he said.

“It’s important across this industry … if you have symptoms and feel sick, you can’t come to work.”

New cases down, deaths up

There were 303 new cases and four deaths announced on Saturday, leading Chief Health Officer Brett Sutton to make a guardedly optimistic prediction that Victoria’s strict lockdowns and curfew had turned the tide.

Addressing reporters on Sunday, the Premier said the cumulative total of his state’s confirmed cases stood at 16,764.

Overall, there are 662 Victorians in hospital, with 40 of those  receiving intensive care and 29 of those are on ventilators.

Of the confirmed cases, 3,478 cannot be linked with known sources – an increase of 95 in the tally of so-called mystery cases from Saturday.

There are 1,164 health workers who are listed as active.

Across the whole state, the tally of active cases stood at  7671 as of Sunday’s briefing.

An increasing worry is the spread of the disease in regional areas, where 451 cases have been recorded, including 158 in Geelong, 49 in Bendigo, and 27 in Ballarat . In metropolitan Melbourne over 7,000 cases have so far been confirmed.

After sending in public hospital nurses to Glenlyn Aged Care in Fitzroy, Florence Aged Care in Altona North and Kalyna Aged Care in Delahey, the Premier on Saturday said the government was ready to take over more sites if needed.

“I can’t rule out that we will add to that list,” he told reporters in Melbourne.

“If we are asked to step in then that is exactly what we do.

“That’s all about making sure residents get the best care.”

The grim news from Victoria hastn’t cast a shadow of Federal health Minister Mr Hunt’s hopes that a viable vaccine comes closer with every passing day.

“We are in advanced negotiations with a range of different companies with regards to a vaccine,” Mr Hunt told Sky News’ Sunday Agenda. , declining to name the pharmaceutical outfits due to contractual ‘in-confidence’ obligations.

“I am now on the basis of our best advice genuinely more optimistic,” Mr Hunt said. “I think the work is moving closer to a vaccine.

“All our advice has been 2021 is the most likely anything that occur,” he said.

“Before then, then that would be an outstanding result, not just for Australia but for the world.”