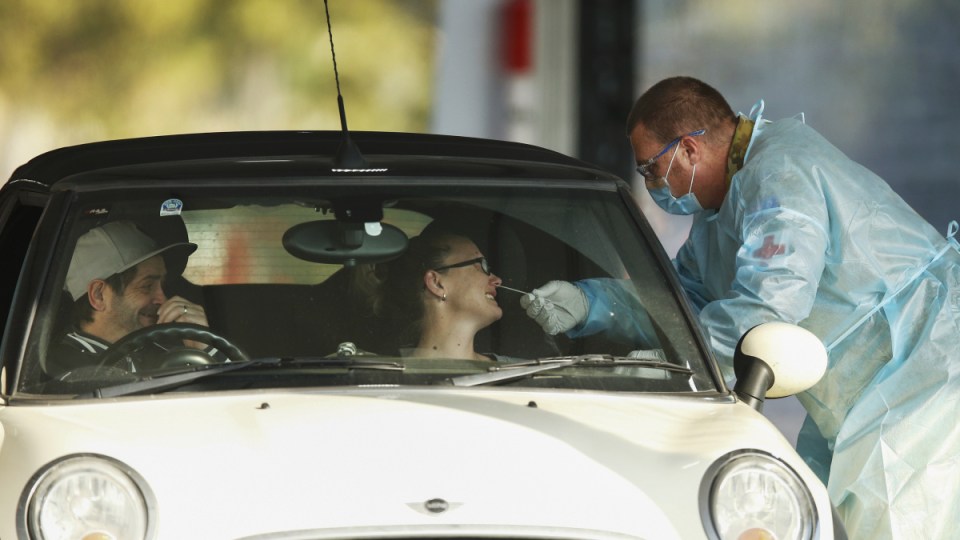 Positive infections in Victoria have fallen below 100 for the first time since July 5. Photo: AAP Photo: AAP

Three new COVID-19 testing sites will be opened in Victoria’s major regional centres as the state government attempts to rein in new cases.

Geelong, Ballarat and Bendigo have been identified as a source of concern after collectively recording more than 250 cases in the past 14 days, with Premier Daniel Andrews encouraging people to get tested if symptomatic.

To make it more accessible, new clinics will be opened in each of the cities and operating hours and staff increased at pre-existing sites.

Those awaiting test results will be able to claim an extra $150, with the coronavirus isolation payment lifted to $450.

Mr Andrews said more data would develop a “clearer picture” of the outbreaks, while deputy chief health officer Allen Cheng hoped it would “obviate the need for stage four” in the regional centres.

It came as Victoria recorded 278 new cases and eight deaths on Thursday, bringing the state’s death toll from the virus to 275 and the national figure to 361.

Four of the deaths were connected to outbreaks at aged care facilities.

In an effort to stem the state’s 2018 active cases across 125 aged care facilities, the Victorian government has assumed control of three in Melbourne’s west.

The facilities – Glenlyn Aged Care, Florence Aged Care and Klyna Aged Care – are a mixture of private and not-for-profit operators.

In the latest development to Victoria’s hotel quarantine scheme, Health Minister Jenny Mikakos was removed from some responsibilities and replaced by Attorney-General Jill Hennessy.

Thursday marked the lowest number of new cases since July 20, when the state recorded 275 cases.

But Mr Andrews said the state had a “long, long way to go” before stage four restrictions could be rolled back.

Anthony Albanese promises change at home and abroad as Labor heads for majority
Andrew O’Keefe granted bail to go to rehab
Monkeypox detected in Austria, Switzerland and Israel
Archer ponders run for Liberals’ deputy leadership
Senior Liberal urges party to stand up on climate
North Korea’s fever cases dip
Telehealth has saved lives in the pandemic, and its future is up for debate
Today's Stories