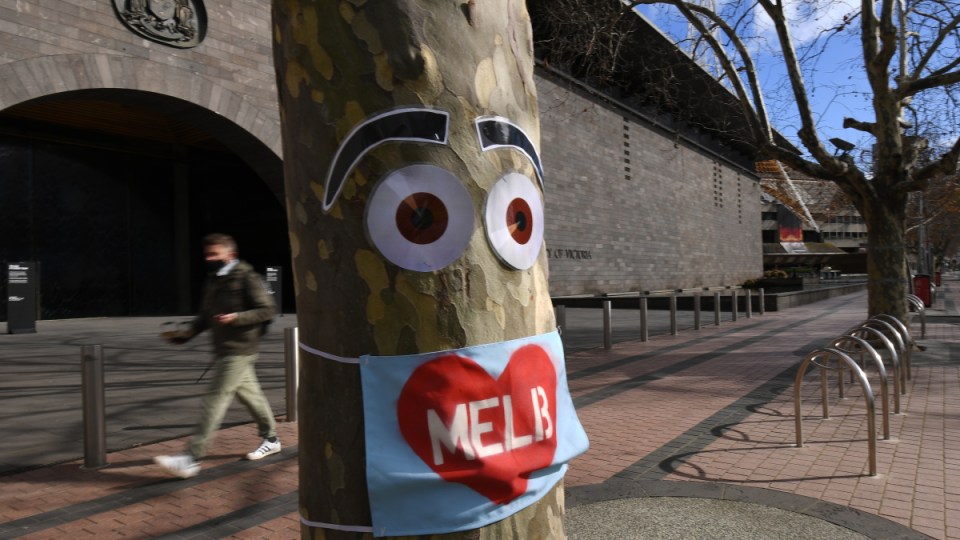 Victorians have been offered a glimmer of hope, with daily coronavirus infections falling to their lowest level in a fortnight on Thursday.

Thursday’s deaths take the state’s virus toll to 275 – with a record 21 reported on Wednesday, and more than 100 in the past week alone. Australia’s national toll is 360.

Premier Daniel Andrews said the dead were: A woman in her 50s, two men in their 70s, two men and two women in their 80s and a man in his 90s. Four of them were linked to aged care.

The daily infection figure also further reduced Victoria’s active virus infections to 7856. They fell for the first time in weeks on Wednesday – albeit only marginally – when Victoria had 7877 active cases (down three from Tuesday).

There are 664 Victorians in hospital, 37 of them in intensive care.

Thursday also marked the end of the first full week in Melbourne’s strict six-week coronavirus shutdown. Less stringent Stage 3 measures have been enforced in regional Victoria for the same length of time.

On Wednesday, Mr Andrews was confident Victoria’s COVID-19 curve was flattening, despite cases returning above 400 after three days of lower figures.

While noting Victoria’s seven-day case average was already falling, Mr Andrews acknowledged the lockdown’s full effects would not be known until next week.

“We all know that a week is not the life-cycle of this virus,” he said.

“This is not precise. It’s not exact because it’s all dependent upon literally hundreds of millions of individual choices and decisions that each of us make every single day.”

Mr Andrews is expected to give his daily briefing later on Thursday.

Landmark day for Victoria as COVID infections fall below 300