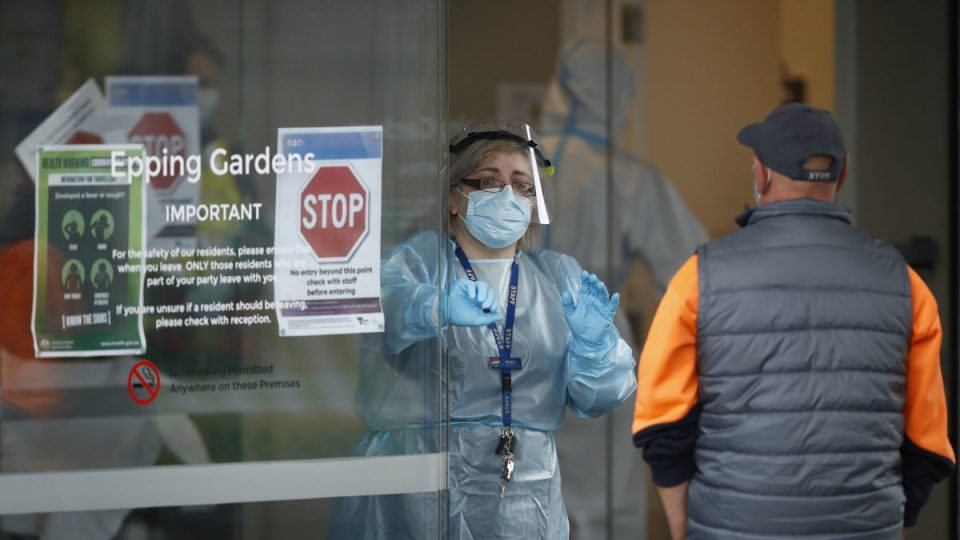 Nineteen more Victorians have died of the coronavirus, while the state has confirmed another 331 infections on Tuesday morning.

The state Department of Health and Human Services confirmed the deaths, which bring Victoria’s toll from COVID-19 to 246 and Australia’s to 331.

There are still 1838 active cases related to Victorian aged care.

There were 650 Victorians in hospital on Tuesday. Of those, 47 are in intensive care, with 24 on a ventilator.

Earlier, Mr Andrews was the first witness to appear at the parliamentary inquiry into Victoria’s response to the pandemic.

“Different backgrounds – sometimes, for instance, where language can be an issue. This is something that is a great challenge for communities and economies and health systems right across the world.”

Mr Andrews faced immediate questioning after last appearing at the hearing on May 12, when the state’s total number of coronavirus cases was 1509 and just 18 people had died. The death toll is now 247 after with a total of 14,957 confirmed cases.

PAEC deputy chair Richard Riordan grilled the Premier on the botched hotel quarantine program, which is being blamed for the second wave.

The Herald Sun on Tuesday reported a leaked video of bureaucrats from the Department of Jobs, Precincts and the Regions congratulating themselves on pulling together the program and the efforts made to make guests comfortable.

There is no discussion of the health restrictions put in place.

“Did the crisis Cabinet, think hotel quarantine would be better run by people who fix roads and run an art gallery than your own health department?” Mr Riordan asked.

“The answer to your question is no. At no point did people make a decision like that,” Mr Andrews responded.

Victoria’s daily virus tally and toll for Tuesday is almost identical to Monday’s, when 322 infections and 19 deaths were confirmed.

The fatalities on both days are a record, but the new infection numbers are well down from a peak of 725 last Wednesday.

“We are seeing the first promising signs of a reduction in daily numbers of cases but it is too early to be certain,” he said.

Professor Kidd said it was heartening to see declining cases in Victoria in the past five days.

“While we still have hundreds of cases being reported each day, we will continue to have people admitted to hospital and people becoming gravely unwell,” he said.

“Sadly some of those people will die.”

Even if Victoria gets on top of infection rates, there could be more heartbreak for families.

“There is a seven to 10-day lag between the daily reports in numbers of cases and people dying,” Professor Kidd said.

“Some people are sadly dying very early in the course of COVID-19 but for many people, it is a week or more after they have been infected that we see people who are gravely unwell.”

Epidemiologists and infectious disease experts are also cautiously optimistic the falling numbers are an indicator that Stage 3 restrictions, and Melbourne’s more recent hard Stage 4 lockdown, are starting to have an effect.

Data scientist Dr Paul Vella earlier said it appeared the decline in growth started about the same time Melbourne had 10 postcodes locked down in early July.

“This tells me the decline is driven by the lockdown measures – and they are working,” he said.