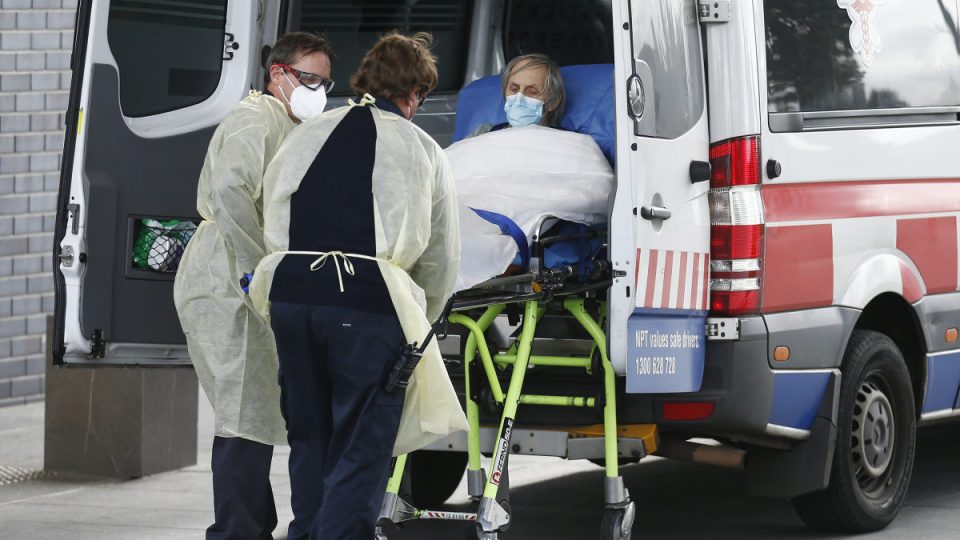 The elderly have suffered more than anyone during the coronavirus pandemic, representing 94 per cent of deaths. Photo: AAP
analysis

I was going to write a straight piece about the Reserve Bank’s statement on monetary policy – the scene in the rear-view mirror not as bad as feared, the scene up front looking somewhat worse.

But then an ABC report confronted me with something that’s been sitting in the too-hard basket: The way we’ve outsourced care for our alleged “loved ones”, paying people as little as possible to do what we’re not prepared to do ourselves.

On Sunday night’s news, Ursula Malone told of a woman who brought her aged mother home as COVID restrictions hit her nursing home. It wasn’t easy, but she and her family did it.

By implication, it was a challenging story for everyone who has a relative in aged care and for society in general. I know, OK?

Some people won’t like reading this, but for years when various scandals have erupted in aged-care facilities and people have complained about how badly their Nan/Pops/Mum has been treated, there’s been a nagging, uncharitable thought at the back of my mind:

Looking after your relative was too hard, too demanding, too difficult, maybe impossible, so you outsourced the job to strangers mostly employed on the minimum wage or close to it and are outraged when the service isn’t good.”

I know this is a very complex issue. I know that some people’s needs are too great to be looked after at home, are beyond the physical or emotional ability of their children to handle.

I know families are smaller and society has changed from times when daughters in particular were expected to sacrifice their own lives to look after aged parents. We’re living longer – there are old people with older parents.

I know COVID has thrown up a line of thinking that the lives of old people aren’t worth the cost of protecting anyway.

I know there are homes with dedicated staff doing great jobs.

I know people who are passionate about providing the best possible experience for those in their final years, brilliant people doing hard jobs for not much money.

Our National Government has clear overarching responsibility for aged care. The disaster created by poor policy and neglect over many years is now evidenced daily in the Royal Commission and by the impact of Covid-19. A national disgrace-should be a bipartisan priority to fix it

I also know some of the stories that have come to light through the Royal Commission, that some run-for-profit homes have made their owners rich at their customers’ expense, that some not-for-profit homes are shambles, that the industry’s present structure is unsustainable, that the average family pet is treated better than some families’ oldest members.

A Sydney University study interviewing residents found fewer than a third of them said they were friends with another resident.

A previous federal aged care minister claimed up to 40 per cent of residents never receive visitors.

Aged care is primarily a federal responsibility, but even while the government was considering the Royal Commission’s “excoriating” interim report, it was pushing to privatise the care assessment workforce.

Four years ago when the federal government was using “stopping rorts” as the excuse to reduce funding, it was clear residents would end up paying the price.

It’s two decades since the infamous “kerosene baths” on Bronwyn Bishop’s watch, highlighting deep failures in Victoria’s more privatised aged-care industry, but aged-care horror stories of one kind or another are as regular as killer toys at Christmas.

The rapid spread of the coronavirus through Victoria’s homes has at least shone a torch on an aspect of the industry frequently glossed over: Most of the work, most of the care for the elderly, has been outsourced to people on subsistence wages.

While arguments have raged about the ratio of registered nurses to patients, 10 per cent of aged-care workers are on the minimum wage of $19.84 an hour.

The median aged-care worker salary, allowing for some years of experience, is still just $22.37 an hour. The top decile hit $27.89 an hour.

To live on the minimum wage, to eat and pay the rent in major cities, multiple shifts at multiple homes become necessary for a casualised workforce.

I knew one aged-care worker in Sydney who held down jobs at two homes and did them well – but I wonder how many others could.

A key to award-winning care changes instituted by consultant Daniella Greenwood was continuity of staff in dealing with residents, a relationship-based roster. I have no idea how that could work when people need to work multiple shifts at multiple homes.

And the preceding 760 words have been somewhat on the assumption of generic “old people” in reasonable shape.

Plenty have no desire to live with their children. Many people chose to move into housing with the facilities old age can require.

There is a somewhat simplistic tendency in some quarters to push more ‘at home’ care packages as a magic solution, but often they are not.

A doctor friend in a regional centre with a large geriatric practice tells me most of his patients improve both physically and mentally when they move from lonely at-home care into a decent centre.

But the benefits and problems are as varied as human beings.

There are further challenges that can arise with dementia sufferers, with the incontinent, with the sometimes violent.

There are exceptional people, families, who with great love manage to meet those challenges themselves at home.

But most end up being overcome by the task and can’t physically manage the demands, can’t provide the care, don’t have the safe housing and training required, can’t keep a 24/7 watch.

And some people don’t seem to care. Their ancestors are inconveniences – at least until the will is read.

In whichever category our elderly fall, from the sprightly and switched-on who effectively help run centres to those in the last stages of Alzheimer’s, and whatever level of family involvement, the pandemic has again demonstrated how much or little our society cares about its older members.

Some commentators have effectively stuck their hands up for exposing the elderly on the nearest hillside and letting nature take its course – “they weren’t going to live much longer anyway”.

Many families have been forced to wonder how much better aged care can be.

But collectively, as society expressed by our government, we regard their care as a minimum wage, lowest-possible-cost proposition.

Most of us – in much easier and much better-paid jobs – want care cheaply outsourced and don’t especially want to know, until a pandemic forces it on us.

Michael Pascoe: We’ve outsourced care – paying people the minimum to do what we’re not prepared to do