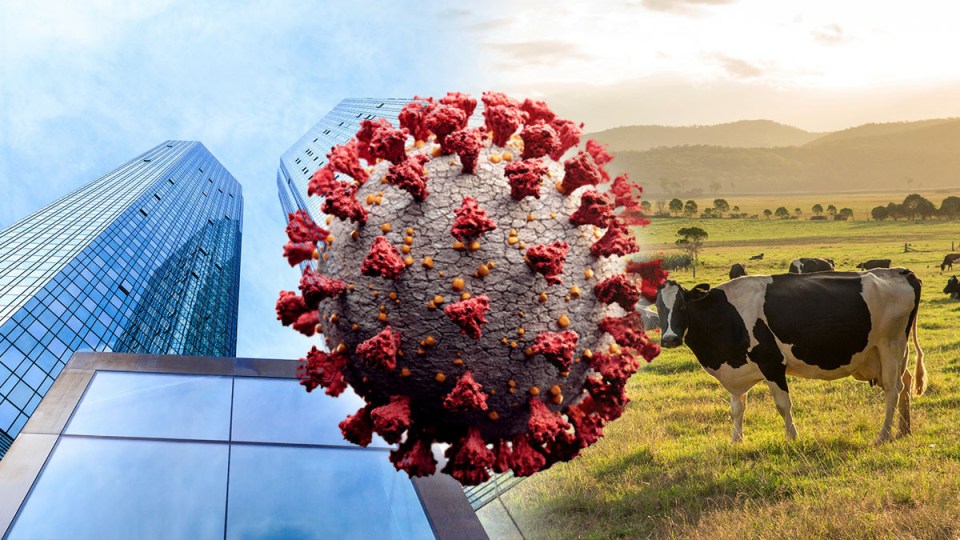 Victoria’s battle with COVID-19 has set a new record for deaths, with Premier Daniel Andrews on Sunday morning announcing 17 fatalities and 394 fresh cases in the previous 24 hours.

It is the greatest numbers of deaths in the pandemic so far anywhere in Australia, exceeding the previous record of 15.

So far, a total of 210 Victorians have failed to survive the coronavirus, with certain expectations the death toll will continue to grow.

Some 634 active cases are being treated in hospital, with 43 in intensive care and 26 on ventilators.

“This a very challenging set of circumstances,” Mr Andrews said, focusing on medical staff coping with pandemic in the state’s nursing homes, where 10 residents died in the prior 24 hours.

“We need every single Victorian to do their part.”

Mr Andrews said more than 2700 confirmed COVID-19 cases around the state have no known source and remain the primary concern of health authorities.

There are almost 1000 Victorian healthcare workers who currently have COVID-19, prompting a call to nurses in other states prepared to work in the state and ease the pressure of hard-pressed local medical staff.

“Even large numbers in known contained outbreaks are, to a certain extent, less significant than the smaller number of cases where we simply can’t find the circumstance or the point of origin,” Mr Andrews told reporters.

The only good news was that the number of new cases detailed on Sunday is lower than the 466 recorded on Saturday, 450 on Friday, 471 on Thursday and record 725 cases on Wednesday.

Mr Andrews suggested the current Victorian case numbers were reflective of “the tail end of the stabilisation that was the product of the Stage 3 rules”, as well as mandatory mask usage for people who leave their homes.

“That’s still got an R-rate (or reproduction rate) of about one or just under, which means that every person who has it is giving it to at least one other,” Mr Andrews said.

“We have to drive that so that [only] every third or fourth person who has it is infecting someone else.”

Despite the ground gained in limiting fresh infections, the Premier stressed that no one is safe from COVID-19 and noted  the alarming spread of the virus among the relatively young.

“Around the world, people who are otherwise healthy of all ages have died because of this virus.

“It’s a novel virus. It’s called that for a reason. We don’t know everything about it. How it presents, the long-term impacts.

“You’ve heard me speak many times about the fact that there’s growing global evidence that this is not like a cold where you simply get over it and a week or so later, you can barely remember that you had it.

“There are growing numbers of people across the world who are reporting that this lingering like a chronic condition, like a chronic illness where there is an impact over a period of time.”

Mental health minister Martin Foley shared some sobering statistics about a spike in self-harm incidents presenting at Victorian hospitals, as he announced nearly $60 million in a new package for acute mental health care.

Mr Foley said Victorian emergency departments had seen a 33 percent jump in people under 18 presenting with self-harm, with such incidents increasing by 9.5 percent across the general population.

Hospitals have reported a 23.3 per cent increase in people presenting in acute health settings with a mental illness, he said.

The new funding will extend more local and community mental health services, which often only run on business days, to seven days a week with more operating hours. Mr Foley said more psychiatric and allied professional health support will be offered, as well as increased capacity for record-keeping and data-gathering.

The state funding comes just days after the federal government tipped in around $12 million for services like Beyond Blue and Headspace to better support Australians – particularly young people – with COVID concerns.

The latest death toll in the state that has become COVID-19’s Australian epicentre stands in stark contrast to Queensland, where medical authorities approached this weekend as a “critical” indication of the spread of the virus north of the Tweed.

Yet despite clusters of Queenslanders rushing to return prior to Premier Annastacia Palaszczuk’s closing of the borders, no new cases have come to light.

Victoria’s performance also stands in contrast with NSW, where 10 fresh have been identified. One of those a returned overseas traveller, while seven have been tied to known sources. The remaining two are under investigation.

Mr Andrews also fielded several questions about a Twitter thread from Health Minister Jenny Mikakos, who posted a string of tweets after midnight this morning comparing the COVID pandemic to ancient Greece and historical pandemics.

A thread: I’ve grown up inspired by Greece’s most enduring contribution to civilisation – democracy. A bust of the great Athenian statesman, Pericles, who built the Parthenon and governed during its golden age of educational and cultural achievement sits proudly in my office.

“There’s no detailed go-to manual of how to respond to these pandemics,” Ms Mikakos also tweeted.

In the tweets, she appeared to be answering those who criticised her for repeatedly defying parliamentary convention by refusing to answer questions about the hotel quarantine debacle, which is being investigated by an independent judicial inquiry.

“It was work that needed to be done quickly and nimbly because the virus would not wait and no doubt, mistakes were made along the way, because humans are flawed yet contagious viruses are unforgiving,” Ms Mikakos said of her state’s pandemic responses.

“I’ve always striven to be upfront and measured about the challenges facing us.

“So it pains me to see the incorrect assumption made that somehow I can single-handedly report on the actions of countless individuals and many agencies involved in our pandemic response.”

Mr Andrews said he hadn’t read Ms Mikakos’ entire 10-tweet thread, and hadn’t spoken to her personally since she posted it.

“She’s a very strong person,” the Premier said, when asked by a journalist if she is “holding up OK?”

“This virus doesn’t stop and none of us can afford to, either. And I won’t be.

“We will see this through. All Victorians, we are resilient. We are strong. But anyone who is doing it tough, this package is designed to support them.”