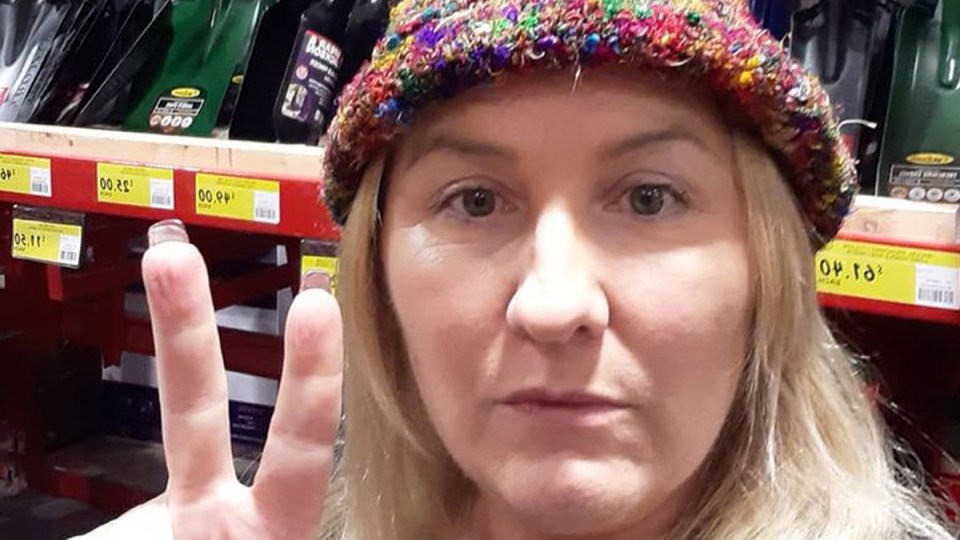 Lizzie Rose at her local Bunnings at the weekend – without a mask. Photo: Facebook

Australia’s deputy chief medical officer has labelled footage of a woman refusing to wear a mask in a Melbourne Bunnings as “disturbing”, as details emerge of more such incidents.

“We’re in this fight together against coronavirus, and mandatory mask wearing is not an enormous ask,” Dr Nick Coatsworth said on Monday.

“I don’t view it as a human rights or civil liberties issue. It is something that we need to do to help bend the curve and bring us down the other side.”

Dr Coatsworth’s comments came after footage of a woman refusing to wear a face mask inside a Bunnings went viral at the weekend. She told workers she was being discriminated against and the request was against the law and her human rights.

The same woman was also involved in a later confrontation with an Australia Post worker.

Victorian Premier Daniel Andrews – who confirmed a record 532 new coronavirus cases and six more deaths in the state on Monday – also called out the behaviour, labelling it a “keyboard warrior campaign”.

Several Victorians have shared videos of themselves on Facebook engaging in similar confrontations with retail workers and police. Many appear to be reciting sentences from a script shared widely on social media by anti-mask groups.

One video, captured at a Melbourne Kmart, showed a maskless woman claiming that wearing a face covering would be “against my religion” and that masks were “the mark of the beast”.

And he spent 72 days in hospital with coronavirus.

Michael's sharing his story in the hope that this is the closest you come to his experience. pic.twitter.com/MVdEwac6HF

“The thing with conspiracy theorists, the more you engage in an argument with them, the more oxygen you are giving them,” Mr Andrews said on Monday.

The Premier criticised people “standing in the car park of Bunnings reading whatever nonsense you have pulled up from some obscure website”. He called their behaviour “appalling”, and asked that people not focus on such stunts.

“Their views have no basis in science or fact or law. Don’t focus on them. What we should be focusing on is appealing to every single worker – don’t go to work if you have got symptoms,” Mr Andrews said.

Dr Coatsworth said Australians would be “disturbed” by the viral footage.

“I would like to commend the staff member and the staff in Bunnings and I’m sorry they had to deal with that. There is no room for that behaviour in Australian society,” he said.

Meanwhile, in another incident that emerged on Monday, a woman who calls herself Psychic Oracle Lizzie Rose also posted claims of visiting a Bunnings in Melbourne’s west, and defying orders to wear a mask.

“Management stalked me and called the police, lying [and] stating to police that my exemption was ‘bogus’, which is completely untrue,” she wrote on Facebook on Monday.

According to her Facebook page, Ms Rose subscribes to conspiracy theories, including that the pandemic is a hoax. Her page also features posts of her visiting areas outside Melbourne’s lockdown.

“It was wonderful to get my nails done and chat with the locals about the truth of the coronavirus agenda and to encourage people to say no to wearing a forced facial muzzle of compliance,” she writes.

Ms Rose also praises Eve Black, who was slammed last week after refusing to give her details at a police checkpoint outside Melbourne.

Ms Rose has about 1200 followers on her Facebook page, many of them supportive of her views. But there has also been robust criticism, with one person calling her a “danger to the community”.

“Well done to you guys for helping extend restrictions further … awesome job. You are all such heroes and are doing an amazing job, keeping our community safe,” writes another.

“With people in Melbourne like you lot, it’s no wonder we are where we are today – too stupid to realise what you are doing is actually making things worse. Grow up, stop being so selfish and wear a mask.”

Despite the views shared in the viral videos, shops such as Bunnings operate on private property and do have a right to make requests of customers, including that they wear masks.