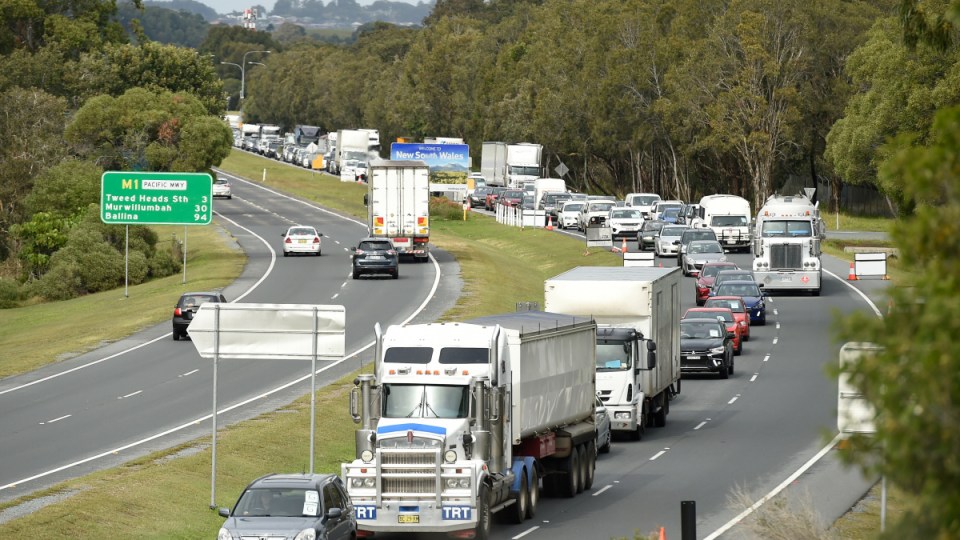 A law will be amended on Tuesday to introduce a penalty of up to six months in prison for anyone caught breaking the rules. Photo: Getty

Anyone who breaks Queensland’s rules to limit the spread of COVID-19 could be jailed for up to six months.

The state government will on Tuesday amend legislation to hike up the penalty for individuals caught breaking the public health directions issued by Chief Health Officer Dr Jeannette Young.

“In some cases, that fine appears to not be a sufficient penalty,” Deputy Premier Steven Miles said.

“Perhaps people from other states think they might get away without having to pay for it, perhaps people think that $4000 is worth it.

“The maximum penalty, on the spot, will be $4003 or up to six months’ imprisonment, and I hope that will demonstrate to the public just how serious we are about enforcing these measures.”

Officials are waiting on test results for 18 people in Queensland who went to the Crossroads Hotel in southwest Sydney.

“They came forward and they said they had been to the hotel and they got tested,” Dr Young said.

More than 20 COVID-19 cases have already been linked to that outbreak, and Dr Young expects the number to climb.

The NSW cities of Campbelltown and Liverpool will be added to the list of hotspots at midday on Tuesday.

Queenslanders who have been to those areas in the last 14 days must go into hotel quarantine, while anyone else will be turned away at the border.

“No one travelling from those cities will be able to quarantine in Queensland and will be turned away at the border,” Premier Annastacia Palaszczuk told parliament.

“Those who test our seriousness about our borders will learn a harsh lesson.”

A law will be amended on Tuesday to introduce a penalty of up to six months in prison for anyone caught breaking the rules.

Meanwhile, singer and television personality Dannii Minogue has avoided 14 days in hotel quarantine at her own expense after being given an exemption to stay at a home.

Defence force personnel, maritime workers, consular officials, flight crews, entertainers and sportspeople are among those who are exempt from hotel quarantine.

Ms Minogue is one of 38 people granted an exemption.

“They need to then quarantine in another place that I’m satisfied adheres to the same requirements,” Dr Young added.

“There’s no special treatment for anyone.”

Dr Young said Minogue was under strict, if not stricter quarantine, at a private residence that has been organised by a third party who will be responsible for her adherence to the rules.

Officials have processed 14,345 people through Queensland’s airports since noon on Friday, and stopped 22,459 vehicles on the state’s highways.