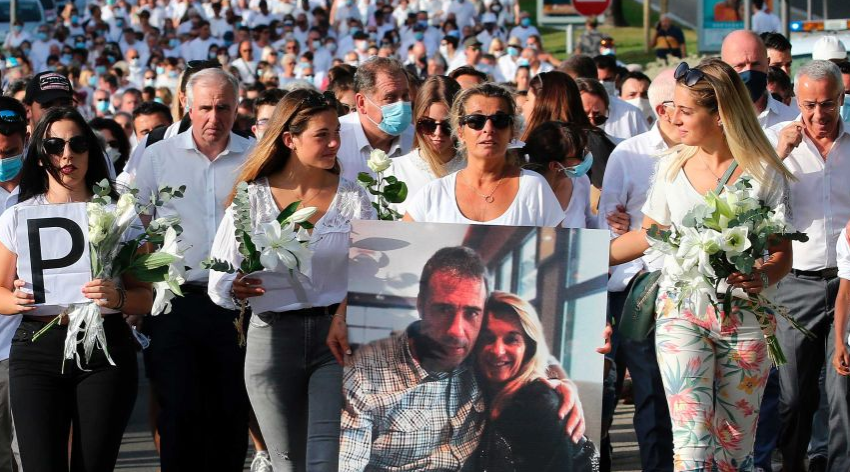 The widow of a French bus driver beaten to death after asking four passengers to wear face masks has called for her husband’s killers to suffer “exemplary punishment”.

French Prime Minister Jean Castex amplified the call for the most severe punishment, promising the judiciary would come down hard on “the perpetrators of this heinous crime”.

The bus driver, 58-year-old father of three Philippe Monguillot, was declared brain-dead earlier in the week and died on Friday.,

He had turned away three of his attackers at the Balishon bus stop, near Bayonne on the Spanish border in south-west France, after they attempted to board without masks or tickets.

A fourth man joined the group, shouting insults as he beat Mr Monguillot about the head.

The driver was then dragged out of the bus, a witness told Le Parisien newspaper, and kicked repeatedly in the head and body.

“It feels like a nightmare,” his wife, Veronique, said.

“You don’t do that just over a bus ticket. You don’t kill someone just like that.

“We must bang a fist on the table, so this never happens again,” she said. “It’s barbaric, not normal. We must stop this massacre.”

As a massive crowd gathered to protest the lethal attack, Interior Minister Gerald Darmanin said Mr Monguillot “was only doing his job,”

“He left his home in the morning and did not come back, leaving a widow and three orphan girls. It is an absolutely odious act,” Mr Darmanin said.

Four suspects are reported to have been arrested.

A 22-year-old and a 23-year-old are under investigation for attempted manslaughter while the other two are suspected of failing to provide assistance.