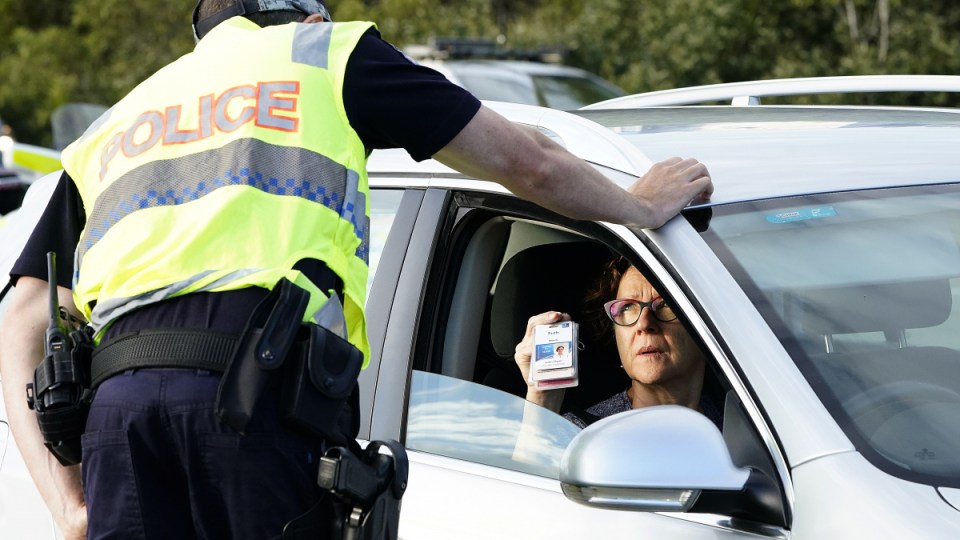 Queensland will toughen its stance on visiting Victorians, banning them from the state. Photo: AAP

Queensland is to turn away all Victorians from Friday, amid fears the southern state’s coronavirus crisis could spread.

“From noon, July 10, visitors from Victoria will no longer gain access or be able to quarantine in Queensland,” Premier Annastacia Palaszczuk said in a tweet on Thursday.

“They will be turned around.”

Queensland had no new virus cases to report on Thursday. It has only two active cases statewide, one of them an 81-year-old man who has been ill for four months.

Its borders have been closed since mid-March to stop the spread of COVID-19 but will reopen to all other states and territories as part of the stage three easing of restrictions from noon on Friday.

Anyone wanting to enter Queensland will need a completed border declaration and ID, whether they arrive at an airport or a road crossing.

Interstate travellers who develop COVID-19 symptoms while in Queensland will be forced to get tested or face a $4004 fine.

Health Minister Steven Miles said the state welcomed NSW’s decision to close its border with Victoria on Tuesday night. But the lag between Victoria’s spiralling community transmission and the border closure meant there was “a week to 10 days where there is an escalated risk” of further transmission of COVID.

“We can’t afford to import that risk from other states,” he said.

Queenslanders coming home from Victoria will be required to go into hotel quarantine at their own expense for 14 days.

There will be exemptions to the ban for anyone who has gone to Victoria to help with its response to the outbreak, along with people returning to say goodbye to dying relatives, under certain circumstances.

However, all must also go into quarantine.

Freight drivers are exempt from the new rules.

More than 1000 people have been refused entry to Queensland in recent days, but a whopping 238,000 are expected to visit the Sunshine State in the next week.

One Sydney man found out on Wednesday how serious Queensland is about border crossings after he was fined $4003 for carrying a fake ID and lying about needing to enter for essential medical treatment.

The 43-year-old was travelling from NSW on a bus that was stopped by police at a border checkpoint.

Queensland to turn back all Victorians at border