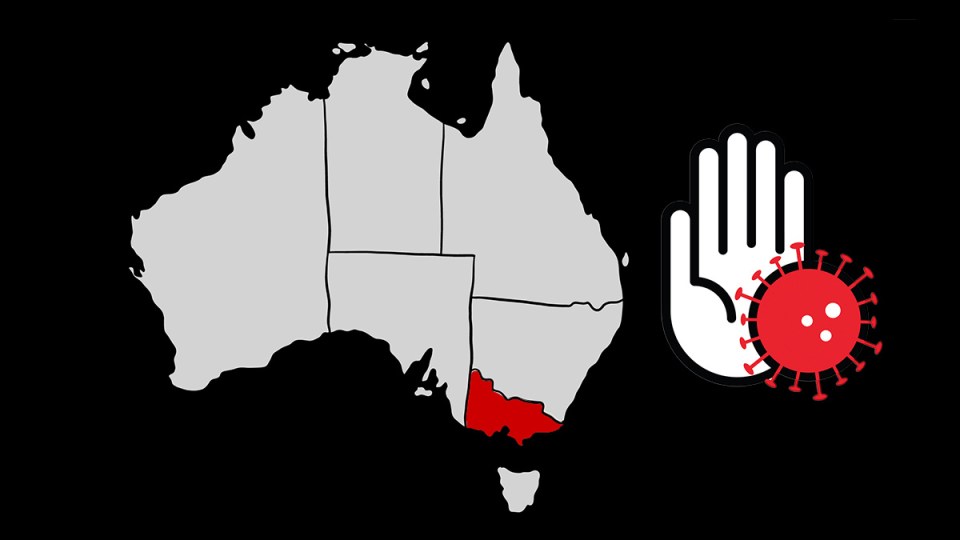 Victorian authorities are trying to stop the spread of the virus – but it's not just communities in that state on edge. Photo: TND

Victoria has become Australia’s pariah state. And its capital, Melbourne is the nation’s coronavirus epicentre.

Thousands of people in public housing blocks are locked in their homes by police, several postcodes have been issued stay-at-home orders and Victoria’s border with New South Wales is set to close.

On Monday, Premier Daniel Andrews announced 127 new confirmed cases and the death of a man in his 90s – the state’s 21st death from the virus.

The record high for new infections includes 34 cases connected to known outbreaks, 40 from routine testing and 53 still being investigated.

While other states like Queensland and NSW can drinks in pubs, the situation in Victoria appears to be spiralling out of control.

Victorians are desperate to control case numbers and rejoin the rest of the nation. But how do they do it?

Asia has the answers

We need to look to our Asian neighbours for guidance, said Professor Marylouise McLaws, an infectious diseases expert at the University of New South Wales and member of the WHO’s COVID-19 response team.

On January 23, China shocked by the world by imposing an enormous, brutal lockdown in Wuhan and surrounding cities in Hubei province in an effort to contain the coronavirus outbreak.

More than 11 million people were banned from leaving their homes, and transport in and out of the city was shutdown – with no exceptions for personal or medical emergencies.

All shops were shut, except those selling food or medicine.

At the time, the World Health Organisation said the move was well beyond its own guidelines, calling it “unprecedented in public health history”.

“You don’t want to reinvent or have to go through that terribly slow and very painful process of learning by error.”

In 2003, Professor McLaws worked with Beijing to review China’s response to the SARS outbreak, as well as healthcare worker safety at Hong Kong’s dedicated SARS hospital.

“I was impressed with their eye to detail,” she said, adding perspex barriers were frequently used in communal areas to limit the spread of disease.

“They’ve had a really tough training history and they’ve learnt from it.”

For months, the federal government has emphasised the importance of coronavirus tracking and tracing.

It is Victoria’s best shot at identifying where outbreaks are coming from so we can isolate those areas and stamp out the disease.

A key part of this process is genome sequencing, where scientists analyse the genetic code in a sample taken from a patient who has contracted COVID-19.

“If you brought the coronavirus home to your house and everyone in your house got it, and we looked at the genome sequencing of those viruses, they would look almost identical,” he said.

Though genome sequencing is just one part of the puzzle, the technology is crucial in identifying the source of outbreaks and will help Victoria regain its footing in the fight against COVID-19.

Victorian Premier Daniel Andrews on Monday announced the closure would come into place from midnight on Tuesday night.

Mr Andrews said the decision had been made during a phone hook-up with Prime Minister Scott Morrison and NSW Premier Gladys Berejiklian.

From Tuesday, a permit system will operate for people needing to cross the border between towns like Albury and Wodonga to work or receive healthcare.

It is the first time in more than a decade that NSW and Victoria do not have an open border crossing.

There is no indication of how long the border closure will last.

But for now, authorities are urging people to remain vigilant, practise social distancing and to download the COVIDSafe app.

Victoria is now the pariah state. But there’s a roadmap back to normalcy