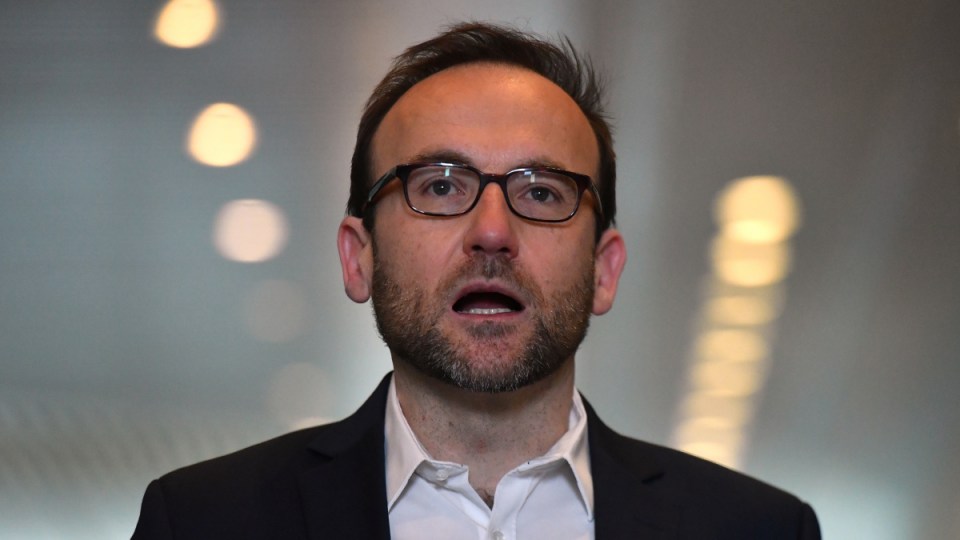 Federal Greens leader Adam Bandt has slammed the Victorian government’s snap decision to lock down nine Melbourne public housing towers, as residents called down from the high-rise blocks that they needed food and help.

Most of the public housing blocks which were immediately locked down by Premier Daniel Andrews on Saturday are located in Mr Bandt’s electorate of Melbourne.

Mr Bandt called the decision “appalling”, with some 3000 residents quarantined inside their homes without warning for at least the next five days due to coronavirus fears.

“My thoughts and I hope the thoughts of everyone in this country are with people now in these flats, who are having to go through what no one else has had to go through during this crisis,” he told a press conference outside the North Melbourne Public Housing Towers on Sunday morning.

Saying the Greens backed the state government’s “health first” approach to dealing with the COVID outbreak, Mr Bandt blamed “neglect” and overcrowding of Victoria’s public housing system for the emergency situation which had seen more than 20 coronavirus cases among residents.

Some towers included in the unprecedented lockdown have just two elevators, with laundry facilities shared by hundreds of residents.

Reports from one of the housing blocks claim just one bottle of hand sanitiser was provided in the tower’s lobby for the entire building.

“People in public housing are being treated differently to how everyone else has been treated in this country,” Mr Bandt said.

“They are now subject to restrictions that no one else has been subject to, and I’m yet to hear a convincing explanation about why this hasn’t also been the restrictions imposed in other private residences.

“It does seem the public housing residents are being treated differently.

“Perhaps there’s a good reason for that … but people in public housing are being asked to do things that no one else in this country has been asked to do.”

Mr Bandt claimed his office had tried to distribute health and safety leaflets in languages other than English to public housing residents “because the state government wasn’t giving them information”, but had been barred from doing so.

Earlier in the crisis my office was prevented by the Office of Housing from distributing COVID health information translated into community languages directly to public housing towers in my electorate.

“This is just appalling,” Mr Bandt said in a video shot outside the towers and posted to his Facebook page on Sunday morning.

Behind Mr Bandt, who was standing with local Greens state MP Ellen Sandell, residents of the towers could be heard calling out from windows “we need food”.

“There was someone just calling out there from three levels up, ‘we need food, we’re hungry, no one is giving us food’,” Mr Bandt said.

The Greens leader said residents had contacted his office with concerns about how to do their laundry, how to get food and medication, whether they will be provided with mental health support and what will happen to their jobs.

“This should have been a care-led response, instead it’s been a force-led response. Instead of sending in people who could make sure they get the food and the medicines and support, the police have gone in first,” he said.

He shared a note he said a resident had dropped to him from a window, which claimed they “don’t understand” the police response, which they called “intimidating”.

Things are tough at the North Melb public housing flats this morning, where residents got locked down last night with no notice and now can’t leave. This was dropped out a window by one resident. pic.twitter.com/t5o1p0tdHy

“We need more and better public housing and it shouldn’t take a pandemic to tell us that,” Ms Sandell said.