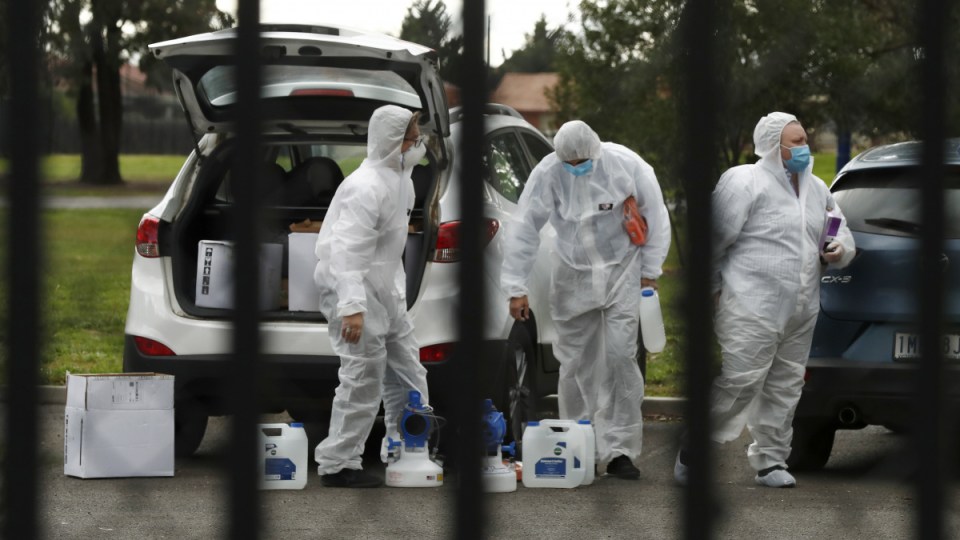 Premier Daniel Andrews says the next two weeks will be critical in managing this latest virus spike. Photo: Getty

Victoria will lock down dozens of Melbourne suburbs for the next four weeks as it battles its escalating coronavirus outbreak.

Premier Daniel Andrews said thousands of residents in suburbs in Melbourne’s west and north would return to stage three lockdowns from midnight on Wednesday until July 29.

It came as Victoria recorded another 64 cases of coronavirus overnight, the 14th consecutive day of double-digit growth in infections in the state.

Victoria also had 75 cases on Monday as its escalating virus emergency added 400 infections in a fortnight.

“There will only be four reasons that you are permitted to leave your house and only if you really have to: For work or school, for care or care giving, for daily exercise, for food and other essentials,” Mr Andrews said on Tuesday afternoon.

“They are the acceptable reasons to leave but only if you need to.”

Police will actively enforce the suburban lockdowns in what Mr Andrews said were “extraordinary steps”.

“Victoria Police will not be mucking about,” he said.

“They will be there in booze bus-type arrangements on major corridors in and out of these postcodes and if people make a judgment that they can ignore the rules and there is a low chance of getting caught, that would be a very unwise judgment to make.” 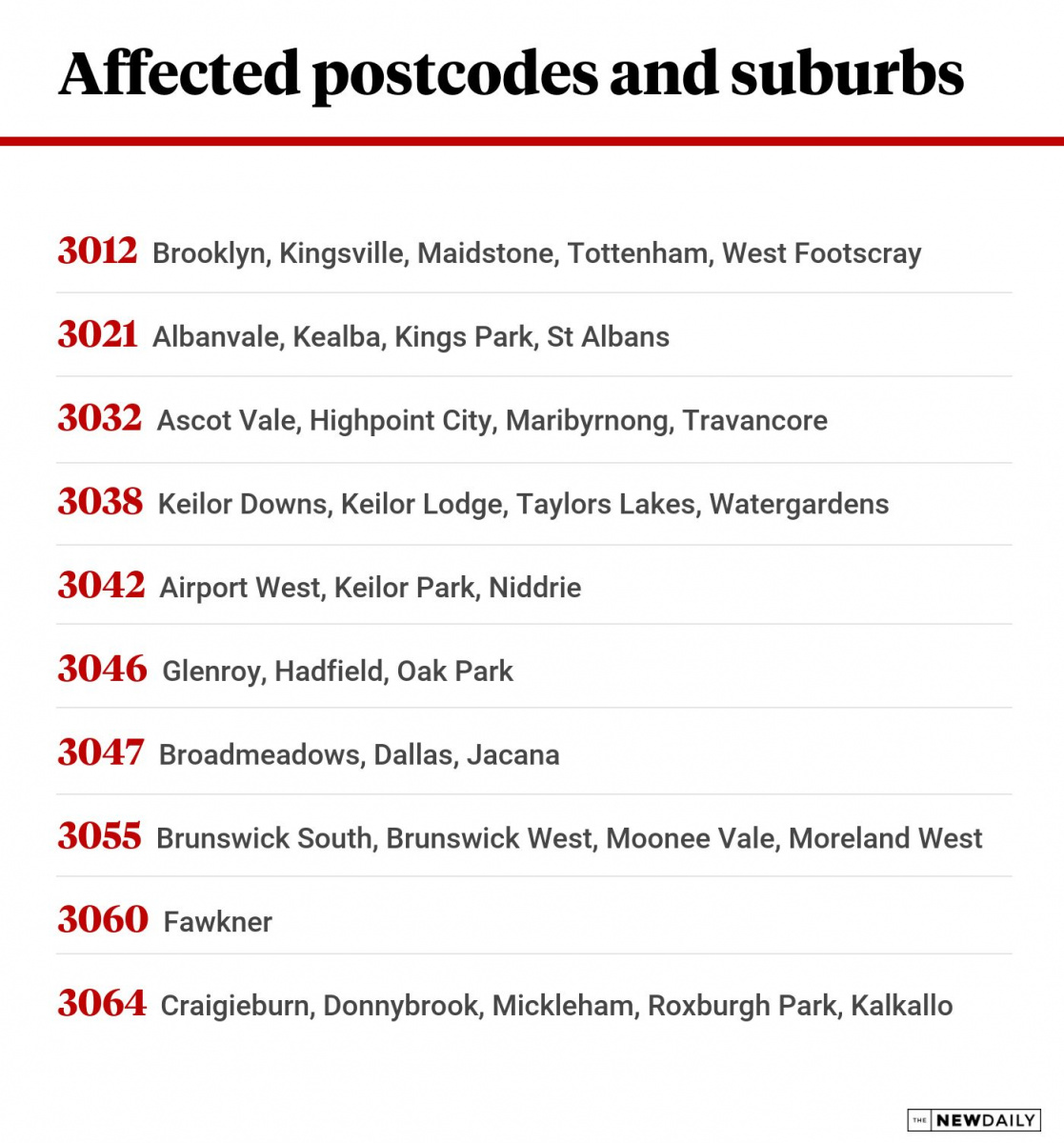 Australian Defence Force personnel, Victorian prison and health staff will also be used in an expanded blitz and monitoring across the affected suburbs.

Victoria’s chief health officer Brett Sutton described it as a “heartbreaking turn” in the battle against the coronavirus.

“But these are the right public health actions and we know that they can work,” he said.

Mr Andrews said there would be immediate further grants of $5000 to businesses to reflect the “significant pain” of the return of hard lockdowns.

Victorian schools are on holiday until July 13. Mr Andrews said remote learning was unlikely to be needed for those in affected postcodes when schools reopen.

“We are all in this together and this is going to be deeply disruptive for those 10 post codes,” he said.

“It will be deeply painful and damaging for those businesses involved [but] this is the public health advice. This is what we must do now.”

Mr Andrews said this week’s testing blitz across 10 Melbourne suburbs – with 93,000 tests done since Friday – had identified that “at least a significant number, and potentially more, of the outbreaks in the north of the city are attributable … to staff members in hotel quarantine breaching well-known and well understood infection control protocols”.

The state will hold a judicial inquiry into those breaches.

“It is one thing to have an infection control breakdown in any setting but then if people then go and gather in large numbers – this has been a family to family issue, the individual families involved and their social circles – it does make a broader point as well,” he said.

As part of the tougher measures, planes carrying returned Australians who must go into hotel quarantine will also be diverted from Melbourne for a fortnight.

Of Tuesday’s new cases linked to outbreaks, six are linked to the Stamford Plaza outbreak, taking the total to 29. All cases were close contacts tested while in quarantine.