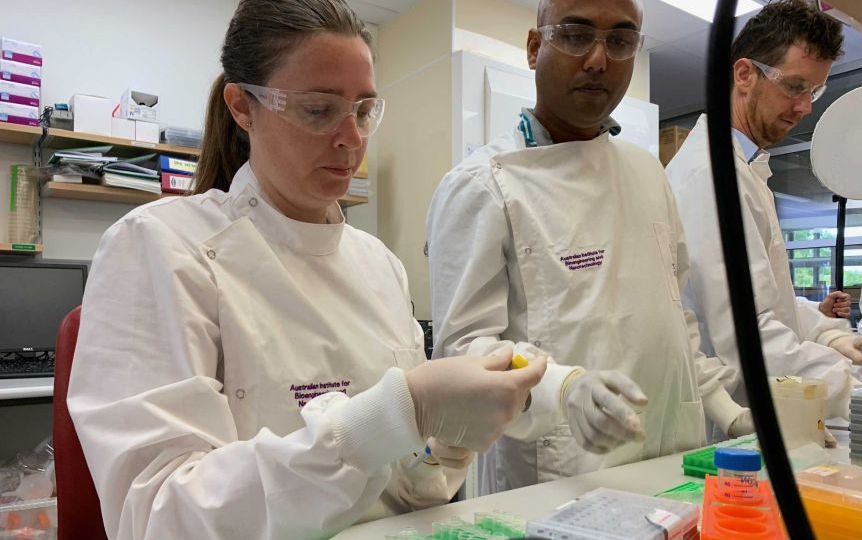 Australian scientists hope to produce up to 100 million doses of a COVID-19 vaccine by the end of 2021 as Queensland researchers sign a major partnership with pharmaceutical giant CSL.

A deal between the University of Queensland, CSL and the Coalition for Epidemic Preparedness Innovations comes after promising early results in the laboratory and aims to fast-track the development of a home-grown vaccine.

Under the deal, CSL and CEPI will fund human trials of the UQ-developed vaccine candidate.

The trials will start in July.

The vaccine is distinct from other candidates under development because it uses what is known as a “molecular clamp” – a technology patented by the university.

A number of other candidate COVID-19 vaccines are in the pipeline, with several already being trialled in humans.

So far, only one, developed by Chinese scientists, has delivered promising findings in human trials, which have been published in a medical journal.

Other companies working on vaccines have released patient results that have not been peer-reviewed.