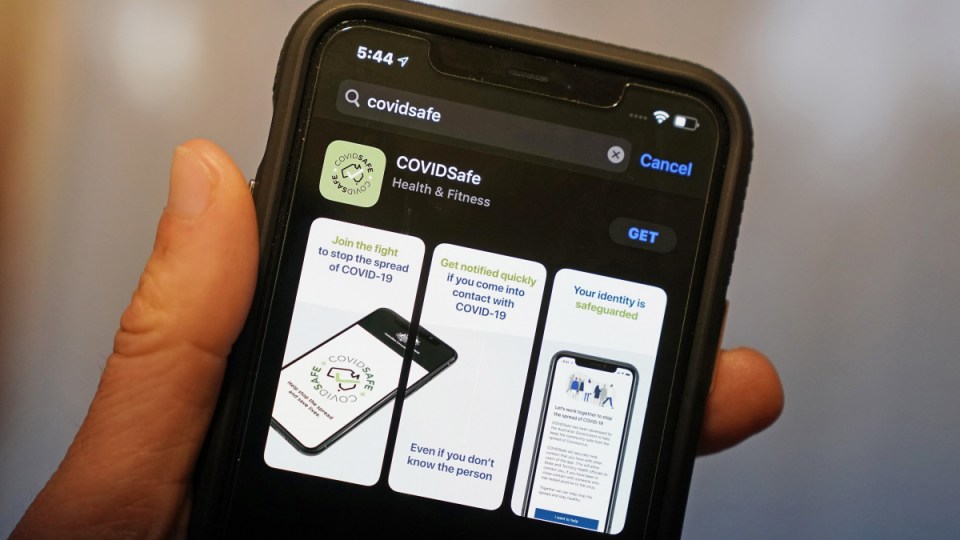 A Victorian health department spokesperson confirmed on Wednesday that officials were using the data to look for potential contacts of a person who tested positive on Monday.

The patient had the app downloaded and consented to the use of their data to trace people at risk near them.

“With only a small number of cases in Victoria, there have been few opportunities to use the app so far. We hope this continues.”

As the government urged Victorians to download the app to help fight the spread of the virus, the state’s total infections rose by seven to 1580 on Wednesday.

“With only a small number of cases in Victoria, there have been few opportunities to use the app so far,” a Victorian health department spokesperson told the ABC.

“We hope this continues.”

Federal Health Minister Greg Hunt said on Wednesday that officials in NSW had also previously “sought data where it has had cases”.

Mr Hunt said all states and territories were able to use the COVIDSafe app, which had been downloaded 5.9 million times.

HammondCare’s Caulfield Village went into lockdown after a resident in its dementia ward tested positive on Monday. A second swab came back negative on Tuesday.

The woman, 84, had no symptoms or fever and is in good health, HammondCare chief executive Dr Stephen Judd said.

“She had a cough and that was the symptom that was seen on Sunday, and out of an abundance of caution, the GP prescribed the test,” Mr Judd said.

“We’ve actually had more than 150 tests, both of residents and also of staff. All of those other tests have come back negative.”

Results of the resident’s third test are due on Thursday.

It follows a similar situation at the Villa Maria Aged Care Home at Bundoora, where a resident who was taken to hospital at the weekend with a fever returned an inconclusive test result.

A subsequent test showed the resident did not have COVID-19.

The facility is in lockdown and the resident is isolating in their room as they await the result of two more tests.

Meanwhile two people at MiCare facilities Margriet Manor and Overbeek Lodge, both in Kilsyth, have been tested for coronavirus.

Those facilities are in lockdown as MiCare awaits the results.

Another facility was also locked down awaiting test results for two residents.

A resident at Lynden Aged Care at Camberwell was diagnosed while being treated at a metropolitan hospital, prompting the home to shut its doors to visitors on Tuesday.

Close contacts of the infected resident have been ordered to quarantine at home, the Department of Health confirmed.