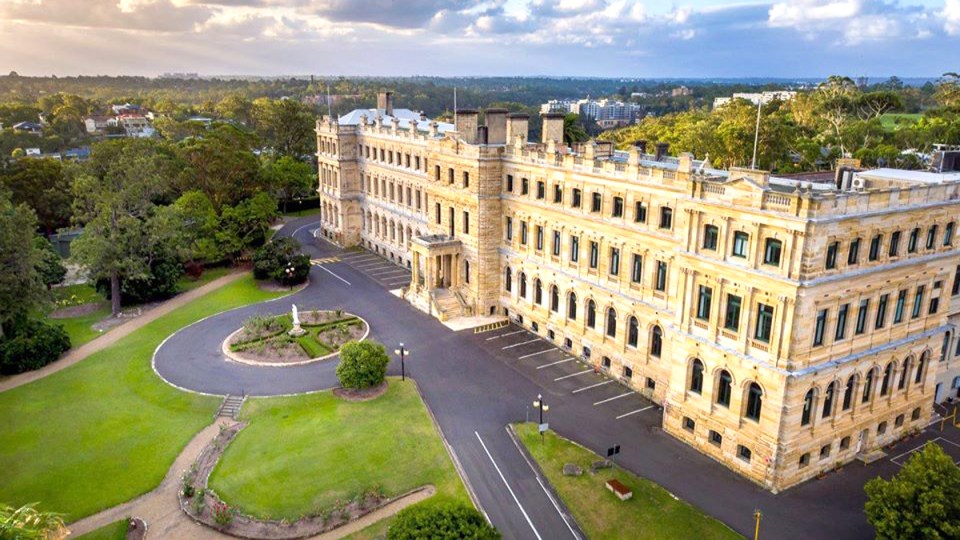 A day student at St Ignatius College Riverview has been confirmed with coronavirus. Photo: Facebook

A student at a prestigious Sydney private school has tested positive for the coronavirus – just days before all NSW students head back to classrooms.

Staff and students at St Ignatius College Riverview, on Sydney’s Lower North Shore, were told on Wednesday afternoon that the boys’ school would be closed temporarily after the confirmed infection.

“The senior campus of St Ignatius’ College has been informed by NSW Health that a student has tested positive for COVID-19,” college principal Dr Paul Hine wrote to parents.

“Staff and students who are identified as close contacts will be contacted and advised they should self-isolate for the required period of time.”

The confirmed infection comes as students across NSW head back to classrooms on Monday. Premier Gladys Berejiklian confirmed the earlier-than-expected return date on Tuesday – with a warning.

“It will be common for schools to be shut down temporarily, for a specific area to be on high alert, for a particular school to take extra measures if there’s a community breakout in that community with cases,” she said.

“We just have to accept that.”

The St Ignatius case – believed to be in a year 12 day student rather than a boarder – is expected to be included in NSW’s COVID-19 numbers on Thursday.

Meanwhile, part of a private school in Melbourne was closed on Wednesday, after a construction worker tested positive for the virus.

The ADCO subcontractor had been working on renovations at St Leonard’s College in Brighton, in the city’s south-east. He was tested last week and showed no symptoms.

The construction site was closed for cleaning, which was likely to continue into Thursday.

The ban on regional travel within NSW will lift from June 1, while libraries, art galleries, and museums will also re-open.

“NSW will welcome visitors from all across the country,” Premier Gladys Berejiklian said on Wednesday.

“That’s best for NSW and Australia … This is an opportunity for NSW, no matter which way you look at it.”

Ms Berejiklian said the easing of travel restrictions would help boost jobs and the economy and said it was in Australia’s best interest for interstate borders to also re-open.

“We’re feeling the real brunt of the loss of jobs in the regions, on top of what was already a tough period with drought and bushfires,” he said.

“Our regions are open for business. We look forward to embracing each and every one of you.”

The government is working with resorts on a ski season but Mr Barilaro said it was unlikely to kick off on its traditional start date, the June long weekend.

Operators Anglicare reported her death on Tuesday. Mrs Bacon is the 17th person to die of COVID-19 at the Anglicare-run facility.

Her death took national fatalities to 100.

As travel restrictions ease in NSW, Queensland is doing the same for its residents – but has dug in further on opening up to interstate travellers.

Chief health officer Jeannette Young said borders might stay shut beyond September if other states could not get COVID-19 cases under control.

“If the tourism industry wants a more realistic scenario, they should be preparing for September,” she said.

“I can’t even commit that September will be possible. It depends what happens between now and then.”

Travel restrictions in Queensland are being eased, with residents allowed to take day trips of up to 150 kilometres.

Queensland recorded just one additional COVID-19 case overnight, with a woman in her 70s testing positive to the virus.

Authorities believe she likely contracted it on a trip to India two months ago.

Among the others are two healthcare workers from Kyabram District Health Service.

Another case is linked to the Cedar Meats cluster, while four remain under investigation.

Meanwhile, aged-care facilities in the state remain in lockdown.

HammondCare’s Caulfield Village was locked down after a resident tested positive on Monday before a second negative swab.

The woman, 84, had a cough but no fever and was tested out of an “abundance of caution”, HammondCare chief executive Stephen Judd said.

“She’s doing really well, she is actually in good health.”

The facility has tested more than 150 staff and residents. Those tests have come back negative, Dr Judd said.

The woman has been tested for a third time. Results are expected on Thursday.

There have been similar situations at other Melbourne rest homes, where residents have returned inconclusive test results.

“We want to be absolutely sure we have had a full incubation period with no cases because it is still possible there are people who are incubating disease,” Dr van Diemen said.

“We can’t just move people out, these are people’s homes.”

The aged-care facilities are all working to prevent a repeat of the deadly Newmarch House outbreak in Sydney.

“This is a very challenging situation for the whole of the community, what’s occurred in NSW, in WA, on cruise ships across the world. We’re all learning as we go on,” Dr Judd said.

South Australia on the move

Alcohol will be back on the menu at South Australian restaurants and cafes from Friday, as the state government brings forward the relaxation of some coronavirus restrictions.

The change will mean restaurants can seat up to 20 patrons, half of them inside and half outside.

Now, pubs and clubs will be permitted to open on June 5, the Friday ahead of the Queen’s Birthday long weekend.

Mr Marshall said the “small changes” were “steps along the path”, and in response to the wishes of the South Australian public.