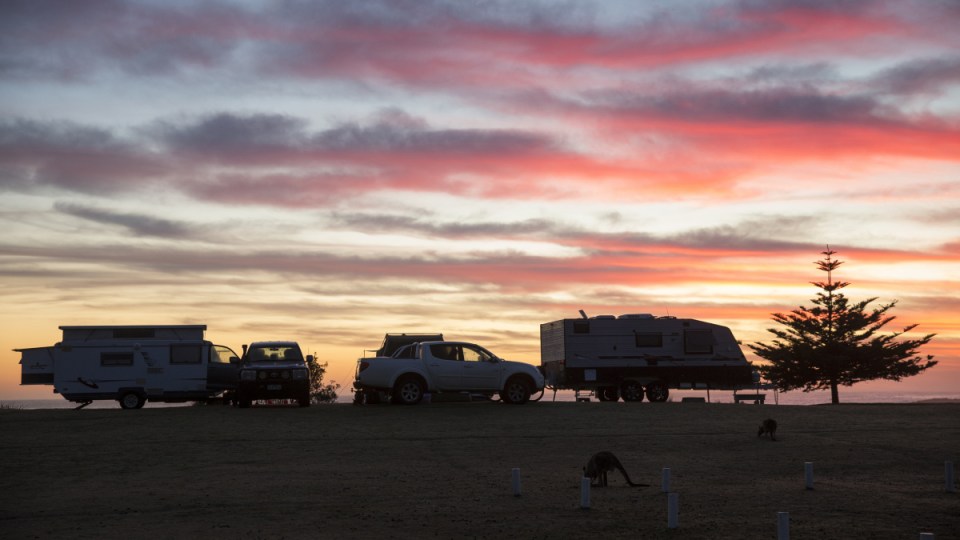 Camping, caravanning and other holidays are back on for NSW residents from June 1. Photo: Getty

NSW residents will be able to head to the state’s regions for holidays in less than a fortnight under a relaxation of COVID-19 travel restrictions.

Premier Gladys Berejiklian has announced recreational regional travel within the state will be allowed again from June 1.

On Wednesday, Ms Berejiklian said social distancing will still be required – and urged residents to plan ahead.

Travellers should book online and make sure they keep away from large crowds.

“We want people to enjoy themselves, to feel free, but nothing we do is the same during a pandemic,” Ms Berejiklian said.

The state’s libraries, art galleries, and museums will also re-open on June 1.

Ms Berejiklian said there would be set times for NSW’s most vulnerable to visit, and people will be required to leave a record of their visit so authorities can follow up if there is an infection linked to the facility.

NSW will also be open for visits from people from other states, with the Premier saying that’s “best for NSW and Australia”.

Queensland has flagged border closures with southern states could remain until at least September due to the coronavirus pandemic, prompting despair from tourism groups.

The premiers of Western Australia and Tasmania have also said their borders are likely to remain shut for several more months.

Ms Berejiklian also signalled it was likely the number of people allowed in NSW restaurants and cafes would double to 20 within the next month.

“That’s definitely on the cards,” she told the Nine Network.

On Wednesday, NSW reported four new COVID-19 cases from more than 7000 tests, with three people in intensive care. The new cases are from returned travellers in hotel quarantine.

Operators Anglicare reported her death on Tuesday. Mrs Bacon is the 17th person to die of COVID-19 at the Anglicare-run facility.

Her death took national fatalities to 100.

Some independent and Catholic schools will also return full-time on Monday, while others are working towards a June 1 return date.

Assemblies and excursions will remain off the table, non-essential school visitors will be banned and parents have been warned not to linger at the school gate.

‘We want people to enjoy themselves’: NSW gets holiday go-ahead