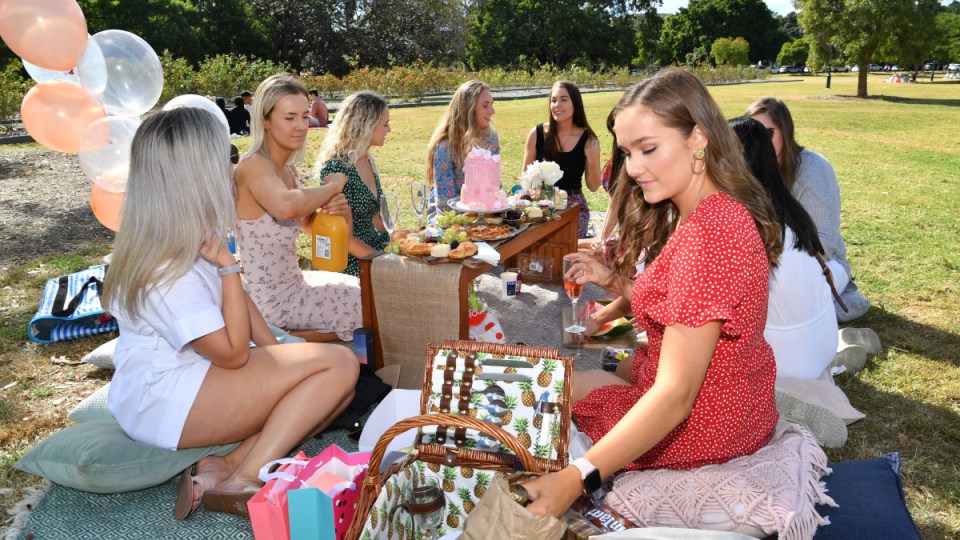 A group of women celebrate with a picnic at Brisbane's New Farm Park as restrictions are eased in Queensland. Photo: AAP

Widespread testing has picked up “historical” cases of COVID-19 in the community, with authorities warning the stealthy virus is still out there and could spark fresh outbreaks.

More than one million tests have been carried out in Australia as people displaying even the mildest symptoms are urged to come forward.

In Western Australia, blood tests picked up two sleeper cases among residents who had since recovered and the health minister said there would likely be more.

Both females from Perth contracted the disease about six weeks ago and one was a cruise ship passenger who had likely recovered from the illness by the end of the holiday.

Testing revealed the presence of COVID-19 antibodies in both patients.

WA health minister Roger Cook said there could be more people circulating in the community unaware they had coronavirus.

“As we continue to test people through the taking of blood samples, and as we do more historical and deep research into this disease, we’ll see more of these cases come up from time to time,” he said.

In Queensland, there is alarm over the case of a Rockhampton aged care worker who may have contracted the virus during a trip to Brisbane on May 3.

An urgent call has been put out for anyone with symptoms in the central Queensland beef city to undergo testing as authorities try to determine how many people the infected woman had been in contact with.

An investigation has also been launched after it emerged the employee and student kept working and studying while awaiting test results.

The discovery of historical cases in the community comes as Australians in some states were let out to dine and socialise at the weekend, with some pushing the boundaries of their simple freedoms.

“The pandemic is not over. The risk to vulnerable people remains significant,” he warned.

Australian Medical Association president Tony Bartone said there was still a risk the virus could flare up as hot spots or small outbreaks.

As Victorians were allowed out to socialise in small groups on Saturday, the state confirmed 11 new cases, two of which were connected to the Cedar Meats abattoir outbreak now linked to 98 cases.

Australia’s total confirmed cases was 7036 on Sunday, with the death toll remaining at 98.

Queensland’s health minister says it is “unacceptable” that an aged care employee returned to work while awaiting test results.

The North Rockhampton Nursing Centre remains in lockdown amid fears for 115 residents and 180 workers at the state-run facility.

Initial testing of 193 people has come back negative for the virus, however, health minister Steven Miles says it is possible more people could be infected.

About 35 low-risk residents have been moved from the home so that residents in the wing where the nurse worked can be spread out to further reduce the risk of infection.

Chief health officer Jeannette Young said it was unfortunate the nurse waited to be tested after developing coronavirus symptoms and an investigation has been launched.

“She was not providing hands-on care to the residents, which is a good thing,” she said.

Health officials are now tracing the woman’s movements to track down and test people she came into contact with after becoming infected.

“We do not know exactly who has come within 1.5 metres of the nurse so anyone in Rockhampton with any symptoms needs to be immediately tested,” she said.

Farmers hope a growing trade rift between Australia and China can be quickly resolved for fear of it spreading to other commodities beyond beef and barley.

China is threatening to slap a large tariff on Australian barley imports following an anti-dumping investigation, while it has blocked beef imports from four abattoirs.

Such actions have come within weeks of Australia calling for an inquiry into the origins of the coronavirus pandemic, sparking a furious response from China.

Trade Minister Simon Birmingham will be quizzed on this worrying turn of events when he appears on ABC television’s Insiders program on Sunday.

AMP Capital chief economist Shane Oliver says such issues with Australia’s number one trading partner have flared up before, “only to flare down again before they spread”.

“Hopefully the same happens this time around… because so far, our exports appear to be benefiting from the recovery in the Chinese economy,” Dr Oliver said in a note to clients.

National Farmers’ Federation president Fiona Simpson pointed out the investigation into barley dumping has been in place for 18 months, while the issue with beef is a technicality around labelling.

She said China is a big market for Australian farmers, not just for beef and barley, but also for other commodities such as wool and cotton.

British researchers are launching a trial to see whether dogs can use their noses to detect if humans have COVID-19 before they show symptoms.

Disease control experts will determine whether dogs trained to sniff out certain cancers and malaria can also be used as a “non-invasive, early warning measure” to identify the coronavirus.

Researchers at the London School of Hygiene and Tropical Medicine and Durham University are collaborating with the charity Medical Detection Dogs, with UK government funding of 500,000 pounds ($943,430).

Six dogs, including Labradors and Cocker Spaniels, have started basic training for the trial. In the initial phase, researchers plan to gather odour samples from both people infected with the virus and those who aren’t.

Kiwi PM turned away from cafe

You make the rules, you have to live by them – that was the lesson for New Zealand Prime Minister Jacinda Ardern in Wellington on Saturday.

Ms Ardern and fiance Clarke Gayford decided to get brunch at Olive, a restaurant in the capital, two days after the country relaxed many of its lockdown rules and allowed restaurants to reopen.

But social distancing rules still apply, requiring groups to remain at least one metre apart from each other. Many restaurants have limited their seating to comply with the rules.

Omg Jacinda Ardern just tried to come into Olive and was rejected cause it's full. 💀

First Bro’ Gayford took the time to respond: “I have to take responsibility for this, I didn’t get organized and book anywhere. Was very nice of them to chase us down st (street) when a spot freed up. A+ service.”

Asked for comment, a spokesperson from Ardern’s office said in an email that waiting at a cafe is something that anyone can experience during New Zealand’s virus restrictions: “The PM says she just waits like everyone else.”