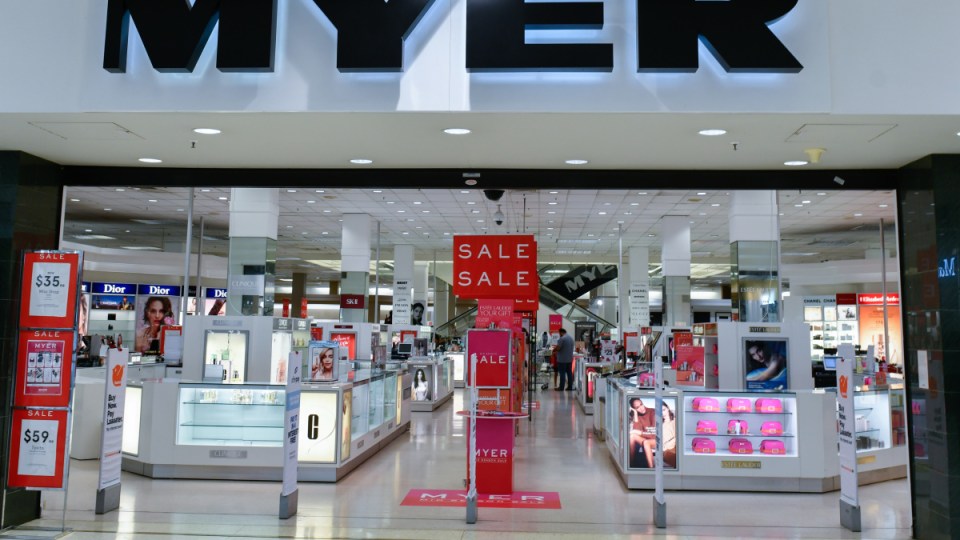 Solomon Lew has flagged he will call an extraordinary general meeting of Myer shareholders. Photo: Getty

A worker at a suburban Myer is among 21 new cases of coronavirus reported in Victoria on Friday morning.

The store was being cleaned and Victoria’s contact tracing unit was investigating.

The other confirmed infections on Friday included two linked to the cluster at the McDonald’s in Fawkner, in Melbourne’s north, and one linked to the Cedar Meats abattoir outbreak.

Six of the new cases are returned travellers in mandatory hotel quarantine.

One case has been reclassified, bringing the state’s total to 1543.

Earlier, Victorian Treasurer Tim Pallas said the impact of the coronavirus had brought the state’s finances to at least a $773 million deficit.

The March quarter financial report released on Thursday was initially expected to pave the way for a surplus budget of $618 million.

Instead, Mr Pallas said the effects of COVID-19 and the summer bushfires had taken a toll. The government has invested more than $5 billion to fight the pandemic.

The year to March recorded a deficit of $773 million, although the full effects of the coronavirus pandemic will not be known for months.

“We’re not chasing surpluses and we won’t deliver a surplus in this year’s budget, let me be very clear,” Mr Pallas said.

“But what we will do is put a surplus of effort into looking after the welfare of Victorians.”

The Treasurer said the state’s budget will be produced in October or November and warned the situation could worsen as the government will continue spending to ensure Victorians’ wellbeing.

Restrictions put in place to stop the spread of the deadly virus have been forecast to produce a 14 per cent gross state product decline in the June quarter.

Previous measures taken to aid bushfire-affected areas, such as halving the stamp duty for businesses that needed to relocate or expand, are also expected to hit Victoria’s finances in the next quarter.