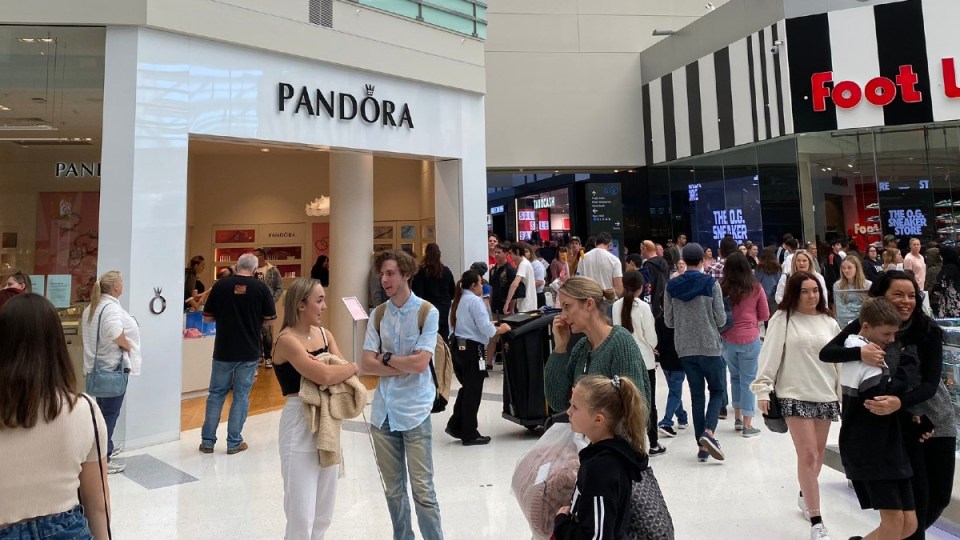 Retailers are optimistic of a shopping revival as huge crowds stormed malls this weekend, highlighting the difficulty of maintaining social distancing as coronavirus restrictions are lifted.

Thousands of Australians crammed into shopping centres ahead of Mother’s Day as major retailer Myer reopened stores in NSW and Queensland.

After weeks locked up at home, swarms of people rubbed shoulders, packed onto escalators and mingled outside shops, sparking concern about a second wave of COVID-19.

In scenes reminiscent of the Christmas rush, many were unable to maintain – or disregarded – the 1.5m social distancing limit.

The Australian Retailers Association said NSW and Victoria were the busiest and the shopping revival was a “great sign” for the retail sector.

Australian Retailers Association chief Paul Zahra said it was “great to see the obvious enthusiasm from Australians to get back to the shops after weeks of lockdown”.

“That’s a really great sign for retail, and a very natural response as Australians see the lockdowns starting to ease around the country,” she said.

“At the same time we want a safe restart, not a false start.

“And we are still waiting on a green light from some state governments before the full reopening of retail.”

However health authorities have warned that the potential consequences of complacency could be a deadly second wave of infection.

“We could well understand after a period of lockdown, that people would want to get out,” said South Australia’s deputy chief medical officer Mike Cusack.

“But clearly the more we have people bunched together the more opportunity the virus has to jump from person to person.”

Dr Cusack said given the experience in the US and in Europe a “second peak” of virus cases was always possible.

“We’ve seen the devastation that can be caused so I would strongly encourage people not to become complacent and to continue to do the right things,” he said.

Many of the shoppers themselves, who posted their concerns to Twitter, expressed alarm at the lack of measures to reduce crowding inside the mall.

“It was like swimming in COVID soup,” one shopper complained to the ABC.

It certainly was not apparent today amongst shoppers in Eastern Sydney, despite our Premier stating we have not lifted the restrictions in #NSW #covid19australia pic.twitter.com/GFfXxc5V13

Shoppers at Sydney’s Bankstown said they felt Myer, which has re-opened seven stores across NSW and Queensland, had not done enough to keep people at a safe distance as they lined up at the door.

A spokesperson for Myer later said the company would “continue to work with centre managers to ensure guidelines are followed in the areas outside of our stores”.

Queenslanders will be able to enjoy group gatherings on Mother’s Day as coronavirus restrictions are eased but the same won’t be the case in other states.

NSW Premier Gladys Berejiklian will on Sunday announce the state’s easing of restrictions, effective Friday, which the ABC reports will include outdoor gatherings of up to ten people and cafes and restaurants reopening.

Victorians will have to wait until Monday to find out whether they will be let off the leash while Western Australia is also due to release its roadmap to recovery.

Australians who visit their loved ones of Mother’s Day have been advised people not to hug or kiss their elderly mums.

Australia still has 794 active cases of coronavirus after recording a total of 6929 cases to date.

Federal Labor wants the Morrison government to release modelling of the economic impact of reducing the JobSeeker payment back to $40 per day.

Formerly called Newstart, it was doubled to $1100 per fortnight in response to an anticipated spike in the unemployment rate in reaction to the coronavirus pandemic.

However, the government has flagged this increase will only be for six months.

The government had been adamant in not increasing the dole payment before the pandemic set in, despite widespread calls from Labor, the Greens, business, economists and the Reserve Bank.

We can't snap back to #Newstart and $40 a day. It wasn’t enough before the pandemic and the Gov agrees it isn’t enough right now, so it sure won't be enough afterwards. Unemployment benefits must be increased permanently. #politas #auspol #JobSeeker #RaiseTheRate

“Yet the prime minister has been insistent that he will ‘snapback’ the JobSeeker payment back to $40 per day for millions of Australians on September 24,” Ms Burney said in a statement on Sunday.

She said this is the equivalent of ripping almost $1 billion a fortnight from household budgets.

“This sudden stop will have a significant impact on the Australian economy,” she said.

While shoppers turned out in force where stores were open, the news isn’t so good for sports fans, with deputy chief medical officer Paul Kelly saying it is unlikely stadiums will reopen anytime soon.

“There are some iconic moments in Australian sport coming up … the last weekend in September is dear to many of us,” he said.

“I must admit I’m doubtful that we’ll be able to fill the MCG by this time, but let’s see how we go.”

More than 5 million Australians have signed up for the Government’s COVIDSafe tracing app but state and territory contact tracers are still not able to use data collected on the app.

All states and territories need to agree to the app and train staff, and Professor Kelly said seven of the eight jurisdictions had done so.

He was not able to say which state or territory had not yet signed up, but said tracing would be fully operational early next week.

“I think it’s just a timing thing,” he said.

“It’s just a timing matter and by Monday everyone will have signed.”