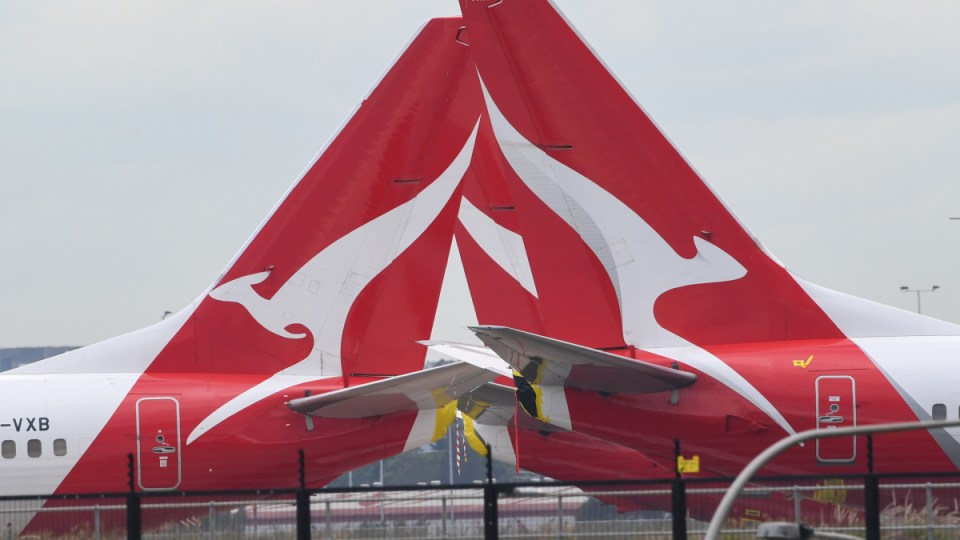 Qantas allegedly stood down a cleaner after he raised concerns about flights from China. Photo: Getty

Qantas took a “frighteningly unsophisticated” approach to hygiene and showed “shocking disregard” for safety as coronavirus spread through its Adelaide Airport workforce, a report released by the Transport Workers’ Union claims.

But the aviation giant has denied any wrongdoing and dismissed the document as a case of the union “wilfully misrepresenting the situation to drive their own agenda”.

The report, released on Friday, outlines the findings of an investigation launched after 34 cases of the virus were linked to the airport and another 750 staff were ordered into quarantine.

It alleges Qantas operated “business as usual” during the outbreak, and failed to deep-clean the airport baggage room until three days after the first worker was diagnosed with the virus.

It also claims staff who worked in close proximity with that person were directed to continue coming to work, and no soap or hand towels were available in the bathroom used by baggage handlers the morning after the first case was confirmed.

In an examination of Qantas’ safety documentation, investigators said they discovered a “concerning lack of substance”.

“Much of the airline’s COVID-19 response consists of generic health advice about the virus … and material cut-and-pasted from government advisories,” the report said.

“When it came to actually changing workplace practices to eliminate or minimise the risk of transmission, the airline failed to act.”

The TWU also claims that minutes from a meeting with staff in early February assessed the risk of someone in the workplace being infected by the virus as “very, very low”.

Its investigation concludes that Qantas has breached workplace health and safety laws, and calls for SafeWork SA and SA Health to undertake a full investigation into how the cluster was allowed to occur.

“The TWU is seeking that the strongest possible action be taken to prosecute any breaches of health and safety,” the report said.

Denying the report’s findings, Qantas said it cleaned the affected areas with disinfectant three times in the four days following the first diagnosis.

“For the union to claim in their so-called dossier that the area wasn’t cleaned when we undertook a deep clean three times is embarrassing,” the airline said.

It said the virus spread after a baggage handler came to work while symptomatic, despite workplace and community messaging advising otherwise.

Addressing findings that employees who had been in contact with the infection were told to keep coming to work, Qantas said it made no such direction and that decision rested with SA Health.

“As soon as we knew, we acted,” the statement said.

“We’ve complied fully with SA Health’s directions and any employee identified as needing to self-isolate through their contact tracing process has been immediately directed to do so.”

Qantas also disputed the union’s claim that the cleanliness of airport facilities posed a health risk to employees.

“We have a comprehensive coronavirus cleaning protocol, which SA Health have been fully briefed on, including disinfecting areas where these employees work and have breaks,” it said.

The union’s investigation was released alongside a survey of more than 850 Qantas workers nationwide, which reveals 93 per cent are worried about safety at work during the pandemic.

Ian Smith, secretary of the TWU’s SA and NT branch, said workers are angry at the way Qantas has ignored their concerns and downplayed the risks.

“Workers are angry that instead of taking responsibility, Qantas has tried to blame them for how the cluster spread,” he said.