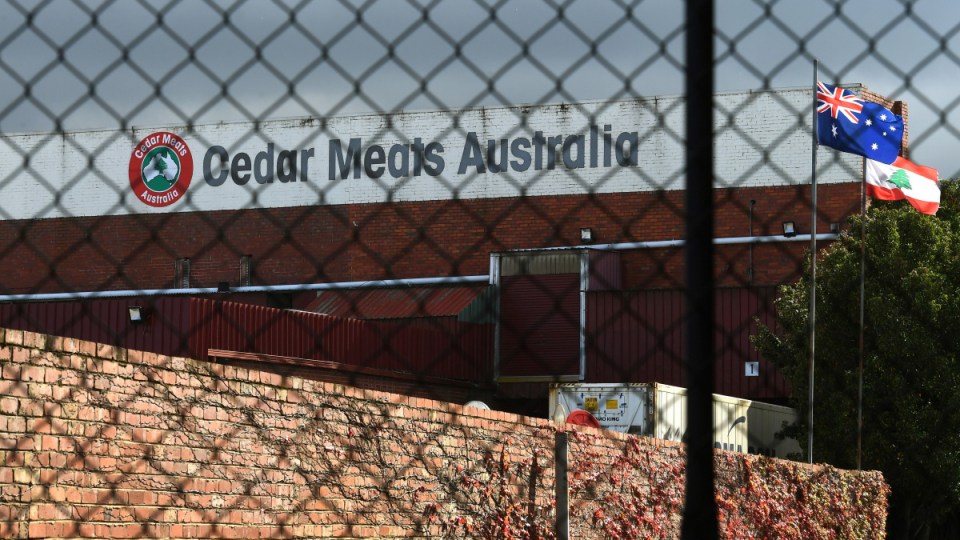 A coronavirus cluster at a Melbourne meat works has ballooned to 71, as Victorians hold out hope of the winding down of some lockdown rules.

Of those, eight came from the Cedar Meats facility, raising the number of cases in the cluster to 71, Police Minister Lisa Neville said.

Among the coronavirus infections linked to the abattoir are a student at Marcellin College, a worker at Doutta Galla Aged Care in nearby Footscray, a nurse from nearby Sunshine Hospital, and a WorkSafe inspector.

Five other WorkSafe team members who came into contact with the inspector are self-isolating and the aged-care home will be closed until May 11.

There were 117 active cases of COVID-19 in Victoria on Friday.

Twenty thousand coronavirus tests were done on Thursday, bringing the total tests in a two-week blitz to 127,000.

“It is what is going to help us make some decisions over the next couple of days leading into Monday,” Ms Neville said on Friday.

Premier Daniel Andrews has previously warned Victorians that coronavirus social distancing measures won’t be relaxed until Monday, when the state of emergency ends, pointing to the abattoir cluster to show how contagious the virus is.

The first positive coronavirus test in a Cedar Meats employee was on April 2. That worker told health officials they hadn’t been a work while infectious, so the meat works was not considered an exposure site.

On Friday, Cedar Meats said it was told about the second infected case – which was confirmed on April 24 – by labour hire company Labour Solutions Australia, not the health department.

A third case was confirmed on April 25.

On April 27, the health department is understood to have called Cedar Meats about two positive cases linked to the abattoir.

The site was closed on April 29.

A Cedar Meats spokeswoman said the health department had called Labour Solutions Australia first as it was the employer of about half of the 350 on-site staff.

Labour Solutions Australia said the case confirmed on April 24 was thought to be a one-off as the person was away from work for a week.

“It was a single case of a person showing symptoms who had been away from the workforce for a week. You’d assume it was a one-off [as no one else had symptoms],” a company spokesman said.

In hindsight, that wasn’t the case.

The spokesman said Labour Solutions Australia was positive no one in the cluster had been hospitalised due to the virus and hoped staff could “return to work healthy, as soon possible”.

Mr Andrews labelled the handling of the outbreak a “model example”.

Victoria’s opposition has slammed the premier, claiming the meatworks outbreak was Victoria’s “own Ruby Princess”.

Also on Friday, Ms Neville urged organisers to cancel protests planned for this weekend in the city, as they are a blatant breach of restrictions.

During this period of isolation, police have done 2431 checks on people who are victims or perpetrators of family violence, with 780 offences committed.