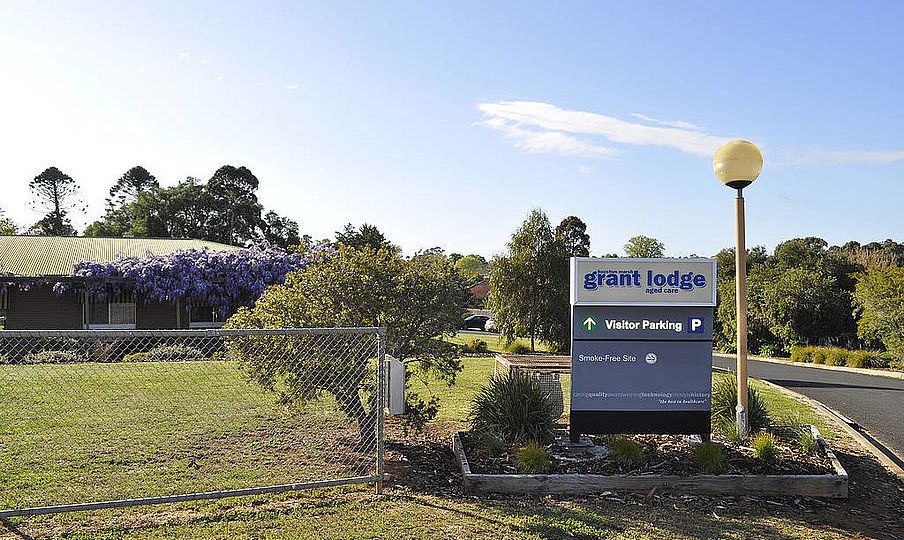 Grant Lodge, in Melbourne's north-west, has been locked down after a positive COVID-19 test. Photo: Djerriwarrh Health Services

Scott Morrison has railed against the coronavirus herd immunity strategy being pursued by some nations, describing it as a death sentence.

The Prime Minister’s endorsement of Australia’s suppression strategy came as it emerged another aged-care home had been locked down after a staff member tested positive for the virus.

The worker from Grant Lodge, at Bacchus Marsh, north-west of Melbourne, was tested on Saturday as part of a Victoria’s ongoing screening program, despite being asymptomatic.

“All Grant Lodge staff members who have interacted with the infected staff member are being tested, and sent home for isolation, and the lodge is in lockdown,” the home’s operator, Djerriwarrh Health Services, confirmed on Wednesday afternoon.

“Grant Lodge has undergone a complete and thorough cleaning process, and we are currently working through staffing details to ensure residents are being cared for.

“All residents are being tested and their next of kin are being informed.”

Just hours earlier, Mr Morrison told Sydney radio that the US, Britain and Sweden, which have all tried for similar herd immunity strategies, were nowhere near reaching their targets.

Instead, the virus had wrought “death and destruction”, he said.

Britain has one of the world’s worst coronavirus tolls, with nearly 30,000 deaths and more than 195,000 confirmed cases.

“This could have all happened here. We could have gone down that path,’’ Mr Morrison said.

By Wednesday, Australia had fewer than 7000 infections, with 97 dead.

But weeks ago, the country faced a much grimmer outlook, with “thousands, if not tens of thousands, and certainly in terms of people contracting the virus, potentially hundreds of thousands”, the PM said.

Instead, Australia has pursued a “suppression” strategy to try to defeat the coronavirus.

Describing that plan more than a month ago, Mr Morrison said Australia’s lower-than-forecast numbers were a tribute to support for social distancing and other strict regulations imposed by state and territory governments.

Earlier, it was revealed the Melbourne abattoir at the epicentre of a cluster of cases had its first coronavirus infection more than a month ago.

Victoria diagnosed four more cases at the Cedar Meats plant in Brooklyn, in Melbourne’s west, on Wednesday morning, bringing to 49 the number linked to the works.

They are among 17 new cases reported statewide in the 24-hour period.

Victoria had 1440 coronavirus infections on Wednesday morning, and a death toll of 18.

Chief health officer Brett Sutton said he was confident the abattoir outbreak had not stemmed from a worker who tested positive for the virus early in April, weeks before hundreds of other abattoir staff were tested.

“I have been told that that early case wasn’t part of the cluster – wasn’t on site,” Professor Sutton said.

The second case linked to Cedar Meats was diagnosed on April 24, followed by a third about 24 hours later of a person who had been a patient at Sunshine Hospital – also in Melbourne’s west – prior to diagnosis or showing symptoms.

A healthcare worker became infected through the worker’s hospital visit.

News Corp was reporting on Wednesday afternoon that a worker at a Footscray nursing home who is the partner of one of the meat workers was also among those to test positive.

Health authorities in NSW are investigating the source of five mystery coronavirus infections uncovered on Tuesday.

The positive swabs were among nine new cases of the virus recorded in the state in the 24 hours to 8pm.

NSW chief health officer Kerry Chant said officials knew the source of four of the new infections – either overseas or from “close contacts”.

“Five are currently under investigation as to the source of the infection,” she said.

A healthcare worker at Launceston General Hospital in Tasmania’s north is among the latest two coronavirus cases in the state.

The Launceston General Hospital staffer, who worked in the facility’s COVID ward, was one of two new cases confirmed on Tuesday night.

Ten staff members who were close contacts of the worker have been put into quarantine.

Deputy public health director Scott McKeown said he was “very reassured” the person had not worked while sick.

The case comes after a deadly outbreak at two hospitals in the north-west city of Burnie in April.

Before Tuesday, Tasmania had gone four days without recording a new positive case, but authorities have warned against complacency.

There are 42 active cases in the state, while 168 people have recovered.

There were no new diagnoses of the coronavirus in Queensland on Wednesday morning, and just 52 Queenslanders with it are still sick.

Officials will meet hospitality and tourism industry representatives on Thursday to kickstart their way out of an economic crisis.

Department store Myer will open the doors to five of its Queensland stores on Friday, after closing all of its Australian stores and standing down about 10,000 staff without pay on March 29.

Meanwhile, Queensland courts have been inundated with cases of domestic and family violence, and paramedics are getting more calls for help amid the coronavirus shutdown.

The crisis pushed the state government to hold an online domestic violence summit on Wednesday to assess where funding should be directed.

“Anything we can do to address this increase in domestic and family violence during the pandemic is really important,” Health Minister Steven Miles said.

Western Australia reported no new cases of the coronavirus on Wednesday.

It has just 14 active cases. But Premier Mark McGowan said the state would remain cautious about easing restrictions.

“We’re not out of the woods yet, he said.

“We’ll only make changes where it’s safe to do so. This is the way we have approached the pandemic from the very beginning, and it’s worked well so far.”