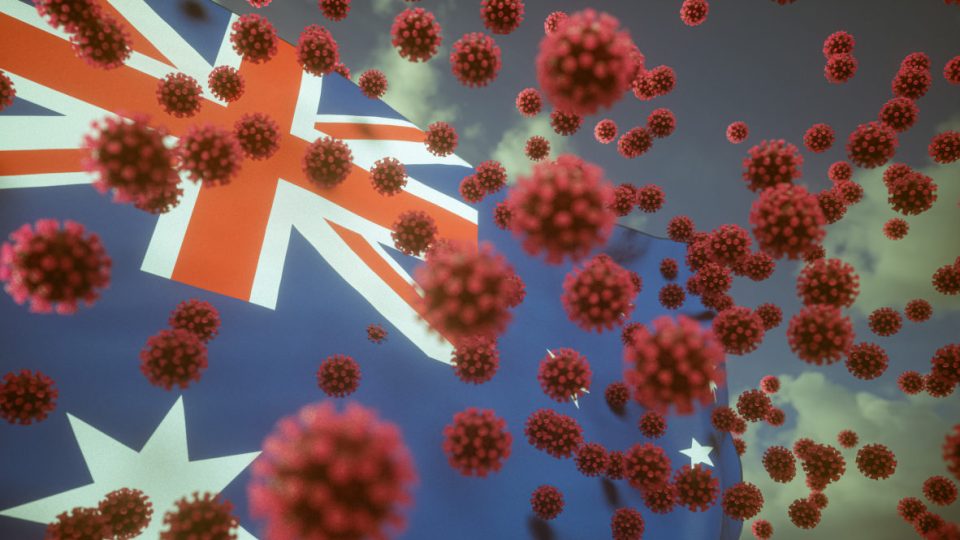 Australia recorded its deadliest day for the coronavirus in the 24 hours to Sunday morning. Photo: Getty

Two out of three Australians who have contracted COVID-19 have now recovered and the virus curve is continuing to flatten.

The promising trends have prompted the government to cautiously declare the nation is on the “road back” to normality.

But the Prime Minister has warned that we remain in a critical period and Australians must not give up the fight against the virus.

“To do that we have got to move carefully about what we’re doing.”

By Wednesday morning, global coronavirus infections had surpassed 2.5 million including 800,000 in the US.

The global figure includes more than 170,000 deaths, two-thirds of which have been reported in Europe.

A total of 6642 Australians have caught the virus, with 4124 recovered.

There have been 31 deaths in NSW, 15 in Victoria, four in Queensland, seven in Western Australia, eight in Tasmania, three in the ACT and four in South Australia.

Recording 72 deaths, Australia is comparatively well in the global pandemic which by Wednesday morning had claimed the lives of 175,621 people.

State leaders are not breathing a sigh of relief just yet, and there are particularly concerning clusters in Tasmania and in an aged care home in Sydney.

The virus is still spreading and there are fears – plus evidence from other countries such as China and Singapore –  that if restrictions are loosened there will be another flare-up of cases.

NSW plans to ramp up coronavirus testing as the death toll hit 31 after a third elderly resident of a nursing home died in western Sydney.

State Chief Health Officer Dr Kerry Chant reportedly wants to expand testing to include people with mild symptoms and will meet private sector labs to see if they have the capacity to do so.

“If we have enough testing kits and swabs and collection points, we will be announcing testing is open to anyone with symptoms who wants a COVID test,” Dr Chant told the Sydney Morning Herald.

NSW reported six new cases on Tuesday taking the total to 2969, with 21 people in intensive care, after conducting more than 171,000 tests.

A 92-year-old woman who was living at Anglicare’s Newmarch House in Caddens became the 31st person to die in NSW after contracting COVID-19.

Two other residents from the same aged care home, men aged 93 and 94, have also lost their lives in recent weeks.

In a statement, the organisation said the woman had tested positive for COVID-19 and also had multiple health issues, although the cause of death is yet to be formally determined.

Newmarch House is home to about 100 people with 28 residents and 14 staff infected with the coronavirus. Strict isolation protocols are in place.

A worker with symptoms entered Newmarch House on six consecutive days, leading NSW Chief Health Officer Dr Kerry Chant to warn even those with mild symptoms should avoid work and get tested.

“There is no ongoing risk to patients or staff and there has been no impact on hospital services,” a spokeswoman for the health district said in a statement.

The healthcare worker presented to a COVID-19 clinic for testing at the first sign of symptoms and all close contacts have been identified and isolated, she said.

We can visit our grandparents

The news of the elderly woman’s death came soon after aged-care homes were warned to not ban residents from seeing visitors or carers.

Two brief visits a day are now being allowed.

“There needs to be a strong reminder that the National Cabinet decision was to not shut people off or to lock them away in their rooms,” the PM said on Tuesday.

The federal government also indicated that some elective surgeries will resume after the Anzac Day long weekend including IVF, dental and eye procedures, children’s surgeries, joint replacements, endoscopy and colonoscopies.

There’ll also be 100 million surgical masks distributed to frontline workers during the next six weeks, following a recent shipment of 58 million, while 3.5 million extra doses of the flu vaccine will be made available

On a day when Virgin airlines went into administration, there was more bad economic news with RBA governor Philip Lowe saying 850,000 Australians were likely to be out of work for up to four years.

Mr Lowe said the economy would contract by 10 per cent over the first half of 2020 as unemployment rises by the same figure.

That’s despite about $339.5 billion, or 17 per cent of the national economy, having been pumped and primed in combined efforts by Australian governments and the Reserve Bank.

“These are all very large numbers and ones that were inconceivable just a few months ago,” said Reserve Bank of Australia governor Philip Lowe.

“They speak to the immense challenge faced by our society to contain the virus.”

The federal government has flagged tax cuts and aggressive deregulation as part of its pro-business road to economic recovery.

Coronavirus in Australia: PM warns we must tread carefully to remain on the ‘road back’