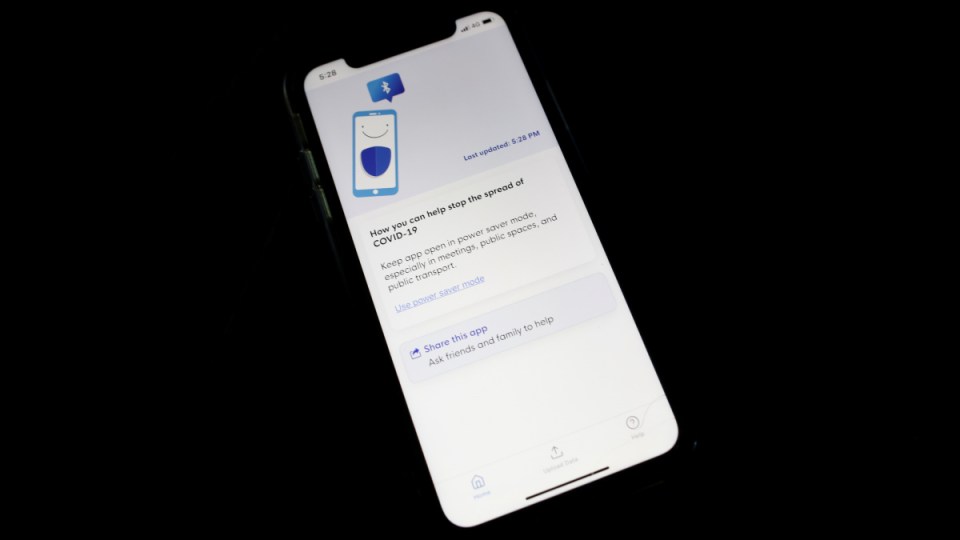 The TraceTogether app, released by the Singapore government to curb the spread of the coronavirus. Photo: Reuters

Scott Morrison has clarified the app to help trace people who have been in contact with a coronavirus case will not be mandatory.

Taking to social media on Saturday, the Prime Minister said the government will be seeking the “cooperation and support” of Australians to download the app to help health workers, protect the community and help get the economy going again.

“The App we are working on to help our health workers trace people who have been in contact with the coronavirus will not be mandatory,” Mr Morrison tweeted.

The App we are working on to help our health workers trace people who have been in contact with coronavirus will not be mandatory.

In an interview on Friday the Prime Minister appeared not to rule out making the software mandatory if not enough Australians signed up to make it effective, drawing howls of protests from Labor and others.

Deputy chief medical officer Paul Kelly had previously stated the government would “start with voluntary” downloads of the app, before determining whether more action was needed.

“I’ve always been a believer in the Australian people making the right decision,” he said.

“As I’ve said, this is an add-on to what we have in terms of contact tracing and case finding, so I think we need to make the case for an app.

“I think we start with voluntary and see how that goes.”

Trying to allay concerns over privacy, Government Services Minister Stuart Robert insisted there will be no surveillance involved in connection with the app.

It will simply digitise what health workers do now to try and trace anyone who has been in contact with COVID-19 case.

“Covid Trace … will be available in the next week or two for Australians to use,” Mr Robert told reporters on the Gold Coast.

“All Australians can have absolute assurance, from the privacy right the way to the security, right the way to the individual elements, the bits and bytes of the code, that the app is simply a health app for individuals voluntarily use to help us trace those who may have been close to someone who has been infected by the virus.”