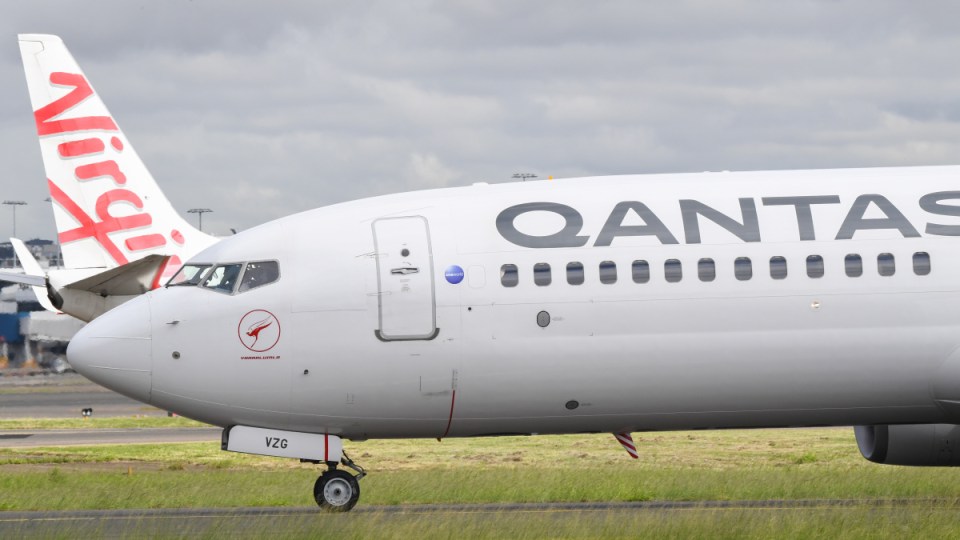 The airlines have been hard hit by coronavirus travel restrictions. Photo: Getty

The government will underwrite a range of flights in a $165 million package aimed to help the ailing airlines to stay in the air.

The announcement comes as Australia’s rate of infection is defying world trends by continuing to flatten, and Prime Minister Scott Morrison flagged a possible end date to strict self-isolation restrictions.

It will also enable the movement of crucial freight like medicine and personal protective equipment.

The arrangements will last for eight weeks, with the government set to undertake a review to determine if more support is needed.

“We know that a strong domestic aviation network is critical to Australia’s success and today’s announcement demonstrates our commitment, yet again, to maintaining connectivity during this pandemic,” Mr McCormack said on Thursday night.

“This investment will also help Australians returning from overseas, who find themselves in a different city after 14 days of mandatory quarantine, complete their journey home safely.”

The funding comes as Virgin struggles to stay in business due to the dearth of air travel and substantial debt.

The airline, which suspended domestic flights last week, said the new schedule would enable it to reinstate 200 staff, including pilots, cabin crew and ground staff.

The latest figures show 6468 Australians have caught COVID-19, with some 58 per cent of them having recovered.

At present, deaths in Australia stand at 63 (25 in New South Wales, 14 in Victoria, five in Queensland, six in Western Australia, six in Tasmania, three in ACT and four in South Australia). Of that number 19 were passengers on the Ruby Princess.

On Thursday the federal government said restrictions will remain in place for at least the next four weeks until health benchmarks are met.

It also unveiled a $500 million loan fund to help struggling exporters under pressure from the coronavirus pandemic.

The tests will be able to confirm infection cases in 45 minutes.

There was a scare in Queensland, however, with a passenger on a domestic Qantas flight diagnosed with the virus and other travellers told to quarantine.

“A person on this flight was infectious with COVID-19,” the Queensland Health email stated.

“You may be at risk of becoming unwell from exposure until midnight 27th April, 2020.”

It’s unknown if the passenger knew they were infectious when they boarded, or when they were diagnosed with COVID-19.

In Victoria, 230 more intensive-care beds have been installed at hospitals to prepare for the peak of coronavirus cases, despite promising signs the state is curbing the spread.

Health Minister Jenny Mikakos said the beds had been made available as part of a $1.9 billion cash boost.

The funding has allowed for hospitals to increase intensive-care capacity by 4000 beds and recommission buildings no longer in use to help fight the deadly virus.

In South Australia, more than 600,000 face masks from the Commonwealth stockpile for frontline health workers have been withdrawn amid safety concerns.

SA Health says it has taken the step “out of an abundance of caution” after concerns were raised over the performance of the N95 masks when splashed with liquids.

Deputy public health officer Mick Cusack said the masks were distributed among Adelaide’s metropolitan hospitals on Saturday but have now been withdrawn.

“Taking extreme caution in terms of the welfare of our staff, we have removed these masks from all of the hospitals in the state, pending further advice and clarification from the Commonwealth,” Dr Cusack said.

These clearly are masks that are in use across the nation.’’

Dr Cusack said South Australia still had sufficient protective equipment and would be in a position to produce its own in coming weeks with the establishment of a local manufacturing facility.

Unvaccinated Pauline Hanson has COVID
‘Should have been a penalty’: Boy crash-tackled by PM gives his verdict
Man arrested at NSW school for bestiality
Concern about COVID-19 deaths in aged care
Turkey blocks Finland, Sweden NATO talks
NSW legalises voluntary assisted dying
How do we stop the spread of COVID-19? The answer might be in your sewage
Today's Stories