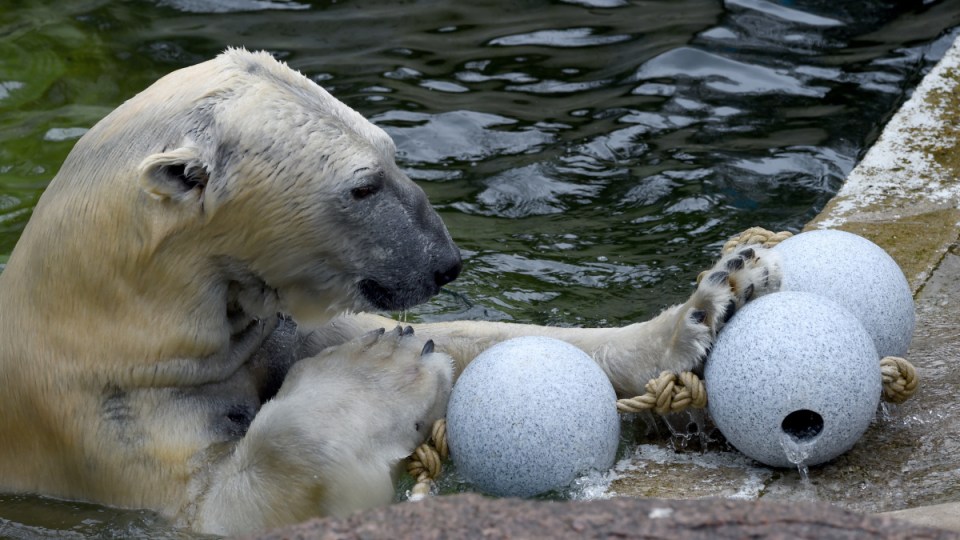 Polar bear Kap is one of the residents of Neumeunster Zoo. Photo: Getty

A desperate German zoo has drawn up a list of the animals it can slaughter to feed to others as donations and visitors dry up in the coronavirus crisis.

European zoos should have been crowded as spring and summer looms. But instead, strict lockdowns have keep visitors away, and donations are also scarce.

Ms Kaspari, the director of Neumuenster Zoo in northern Germany, said using some animals to feed others would be a last resort. But it was still possible – partly because closed borders across Europe mean the zoo’s residents cannot be taken anywhere else.

But even such an “unpleasant” option would not solve the financial problems, she said.

“I will have to euthanise animals before I starve them to death,” she said.

“At the worst, we would have to feed some of the animals to others.”

Ms Kaspari’s zoo is not covered by German assistance packages for small businesses. She estimates the zoo’s loss of income this spring would be about €175,000 ($A300,000).

Elsewhere, the director of Schwerin Zoo, Tim Schikora, said there might be more complex problems ahead.

“It would also be much more problematic for the animals if their keepers fall ill and can no longer care for them,” he said.

Quarantine accommodation has been set up at Schwerin Zoo to prepare for keepers catching coronavirus.

The BBC reports that Germany’s zoos have asked for €100 million in public aid.

The country’s national zoo association (VdZ) said zoos, unlike many other businesses, could not go into hibernation and run down costs. Animals still had to be fed daily and looked after, while tropical enclosures have to be heated.

VdZ chief Jorg Junhold said the coronavirus lockdown was costing a typical German zoo about €500,000 a week in lost turnover.