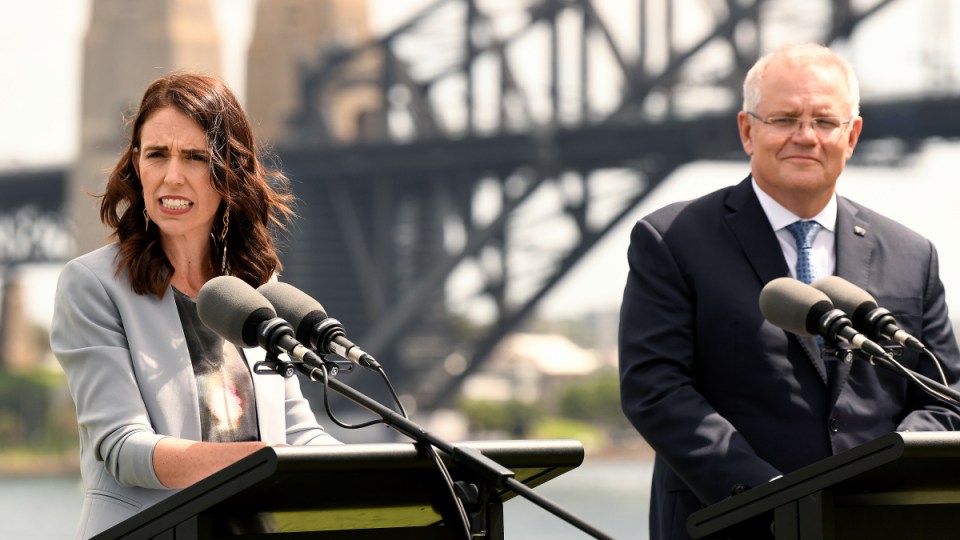 Mr Morrison said the government preferred the current pay freeze for politicians and top-ranking public servants, rather than a cut.

“It’s not something that’s being considered,” he told 6PR radio on Wednesday.

New Zealand PM Jacinda Ardern said on Wednesday she and her Cabinet would take 20 per cent pay cuts for the next six months to reflect tough economic conditions during the COVID-19 crisis.

“I absolutely accept this is not going to change the government books but for us it’s about leadership,” she said.

“It’s an acknowledgement of the hit many New Zealanders are taking right now.”

The pay cut will also be extended to New Zealand’s senior public servants.

Ms Ardern’s announcement was backed by NZ opposition leader Simon Bridges, who volunteered for the same reduction within minutes of her announcement.

“We acknowledge New Zealanders that are reliant on wage subsidies, taking pay cuts and losing their jobs,” she said.

The federal government said last week it had asked the Remuneration Tribunal to impose a 12-month freeze on pay rises.

But a cut is not being contemplated.

“They do a great job and they’re as much on the frontline saving people’s livelihoods frankly as nurses working in hospitals,” he said.

“Everyone is working hard here. Everyone who is in a job is in an essential job. I just want to support them in those jobs so I’m not keen to get into a competition.”

“We have frozen the pay increases for politicians here and for public servants,” he said in Canberra.

“That’s the action we have taken.”